Severin’s final release for April is the animation/live-action hybrid British dramedy WHEN THE WIND BLOWS, previously released on Blu-ray by Twilight Time. Let me just cut to the chase and say that this film will not make you feel good. Like another previous Severin release, a BBC television production called THREADS, WHEN THE WIND BLOWS presents a middle-aged married couple preparing for and subsequently enduring a fictional nuclear bomb dropped on England by Russia during the Cold War. What follows, essentially, is watching the slow death of these animated characters, all while parroting claims by their own government and deluding themselves into believing that everything is going to be all right. Obviously, with the current pandemic, right now probably isn’t the best time to watch fables about food shortages, people sequestered in their homes, and dying slowly from a poison they can’t escape, but being that other pandemic titles like OUTBREAK, CONTAGION, and Stephen King’s THE STAND are seeing record streams and purchases, I guess everyone has their own way of coping. As I said in a previous review for THREADS, WHEN THE WIND BLOWS is an excellent and creatively assembled piece filled with powerful imagery and believably empathic characters, offering one of the most emotionally affecting experiences one could possibly endure. I also never want to see it again in my life. 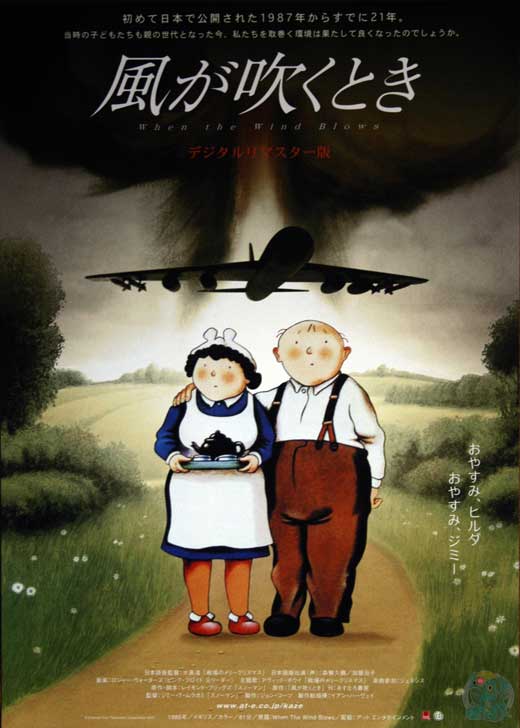 WHEN THE WIND BLOWS includes the following legacy special features: