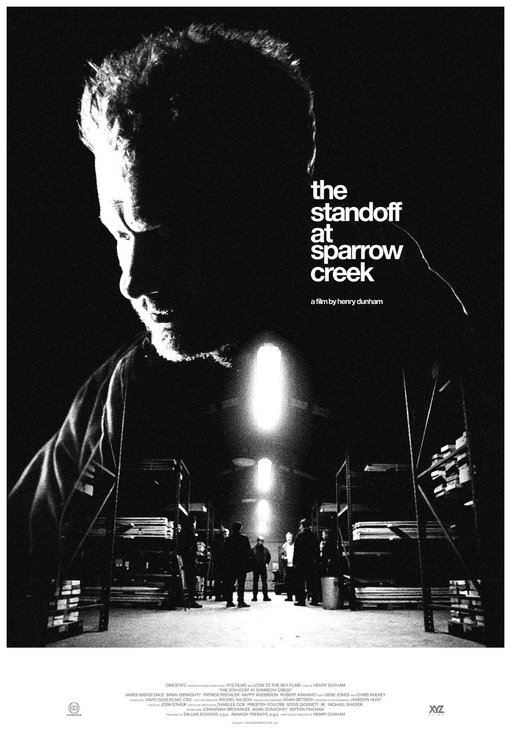 Distrust peaked during the 1970s across a variety of arenas: domestically, societally, and politically. Multiple facets of life had been disrupted by the scathing publication of the Pentagon Papers regarding the Vietnam War, the Watergate Scandal, the ongoing Cold War, fallout from the Tate-LaBianca murders by the Manson Family, and the list goes on. Trust in the individual and the institution was at an all-time low, and art on the screen began imitating life on the street and in the home.

THE STANDOFF AT SPARROW CREEK is a modern production, but it’s cut, utterly, from the 1970s paranoid thriller. And there’s been no better era in which to resurrect the sub-genre than right now: current trust in the government is the lowest it’s ever been. And it’s not just the White House we can’t trust, but the very news media that reports on it – peppered with the president’s constant slogans of “Fake News!” and “Witch Hunt!” – as well as the people who subscribe to their reality of choice and sell it as truth to someone who might not know any better. We live in an age where the news media you consume determines the philosophies and ideologies you align with, but it also determines that the people who watch those other kinds of news media already have a preconceived notion of you: if you’re a hard-right conservative, you watch Fox News and read the Wall Street Journal; if you’re a hard-left liberal “snowflake,” you watch MSNBC and read the New York Times – these are the new “rules.”

THE STANDOFF AT SPARROW CREEK was likely inspired by the 2016 Bundy standoff, which saw a family-led militia taking control of the Malheur National Wildlife Refuge for 40 days over a dispute regarding a million-dollar payment to the government. Militia culture had been prevalent in U.S. culture at least since the Clinton Administration, although there seemed to be a spike during the Obama era due in part to the disinformation campaign accented with the constant proclamations of “they’re coming for your guns!” (Raise your hand if you still have your guns.) (You should be raising your hand.) Doomsday Preppers, though not militia-based, shares the same militia mindset, which is that the government and/or civilized order is going to collapse, and once that happens, it’s very man for himself.

Interestingly, THE STANDOFF AT SPARROW CREEK plays twice with the concept of paranoia. That the men have joined a militia at all, choosing a dilapidated warehouse as a home-base cache for their firearms, explosives, bottled water, and CB radio, is the first touch of this. The second, which embodies the main conflict, is that one of their numbers has attacked a nearby police funeral, killing several attendees, and it’s a race against time to out the shooter among them and turn him over to authorities before they all go down in a hail of gunfire.

THE STANDOFF AT SPARROW CREEK plays out like a clever combination of Quentin Tarantino’s first low-fi feature, RESERVOIR DOGS – about a group of robbers whose diamond heist goes wrong and leads to belief of an undercover cop among them – and John Carpenter’s THE THING – about a group of men marooned by the elements and forced to locate the shape-shifting alien lifeform hiding behind one of their faces. There’s very little trust among the men of THE STANDOFF AT SPARROW CREEK, not helped by their overly radical philosophies, their former professional ties to the police, and the fact that some of them are just friggin’ weird. Take a group of men already paranoid enough to join a militia, insert a reason for them suspect each other, and you’ve got yourself a situation that’s rife with conflict and wholly removes predictability from the table.

Director Henry Dunham presents THE STANDOFF AT SPARROW CREEK as realistically as possible, bringing together a parliament of personalities to embody the different kinds of people who would be attracted to joining a militia: a former cop disillusioned with the system, a man whose daughter suffered a vicious attack and for whom the government provided no justice, and a young man so detached that he keeps a manifesto of anger scrawled between the printed lines of Catcher in the Rye.  (A weird mystique has always hung over this particular novel, likely due to it being found in the homes of John Hinkley, Mark David Chapman, and Robert John Bardo.) Certain members of the militia are more eccentric than others, while some are more bloodthirsty. One of them, which the film subtly suggests is the leader, comes off as more of a crime boss than a redneck good ol’ boy with a burly beard. What unites them is the belief that not only do they have the right to assemble arms and prepare for conflict, but that it’s their duty to do so. “We always knew this was going to happen,” says one of the more unhinged members of the militia regarding the massacre at the police funeral, which visibly sets some of the other members at unease. Their similar philosophies has brought them together, but their unique dedications to their philosophies is going to be what tears them apart.

A conceit of the paranoid thriller is the isolation of the main protagonist, who is forced to act alone to shed light on the truth of the conspiracy afoot. Francis Ford Coppola did this masterfully with 1974’s THE CONVERSATION, about a CIA surveillance expert who becomes convinced he’s the one being surveilled. 1976’s infamous MARATHON MAN, directed by John Schlesinger, permanently bequeathed to the world two mainstays: fear of the dentist, and “Is it safe?” Next came the game-changing, real-life ALL THE PRESIDENT’S MEN, about journalistic duo Bob Woodward and Carl Bernstein chasing down leads and consorting with shadowy men in parking garages to irrefutably prove President Nixon’s ties to the Watergate Hotel break-in; however, the reporters are soon the ones being investigated, themselves followed and their home phones bugged. 1977 was an ideal time for Philip Kaufman to remake INVASION OF THE BODY SNATCHERS; the amassing pod people were perfect metaphors for so many things that the American people felt were threatening their society: the Soviets, gay culture, the sexual revolution, the hippie movement (the film is set in San Francisco), all worsening the ongoing alienation caused by urbanization. The list of paranoid thrillers continues, with George A. Romero’s THE CRAZIES, Richard Fleischer’s SOYLENT GREEN, Sidney Lumet’s SERPICO, James Bridges’s THE CHINA SYNDROME, and Franklin J. Schaffner’s bizarre THE BOYS FROM BRAZIL.

Following its birth in the ‘70s, the paranoid thriller has never gone away, and has since been explored in every genre. In the ‘80s, we had Brian De Palma’s BLOW OUT (one of the all-time best), George Lucas’s THX 1138, and Richard Badham’s WARGAMES. In the ‘90s came Oliver Stone’s JFK, Richard Donner’s CONSPIRACY THEORY, and even comedy satires like Peter Weir’s THE TRUMAN SHOW and the ALL THE PRESIDENT’S MEN spoof DICK, directed by THE CRAFT’s Andrew Fleming. The 2000s gave us Doug Liman’s THE BOURNE IDENTITY, a redo of THE MANCHURIAN CANDIDATE by Jonathan Demme, Chan-wook Park’s wicked OLDBOY, and the most unnerving sequence in Steven Spielberg’s WAR OF THE WORLDS involving an unhinged Tim Robbins. Echoes of this continued in the 2010’s with Martin Scorsese’s underrated SHUTTER ISLAND and Dan Trachtenberg’s 10 CLOVERFIELD LANE. And let’s not forget the juggernaut that dominated the ‘90s before returning just a couple years ago – the pop culture phenomenon heavily inspired by ALL THE PRESIDENT’S MEN and THE ANDROMEDA STRAIN known as THE X-FILES.

Mistrust is part of human nature. We exist in a cloud of paranoia where there’s plenty of reason not to put trust in anything or anyone. On personal levels, we’ve been betrayed by those we love. On professional levels, especially for those of us still existing in work landscapes that haven’t quite bounced back from the 2008 recession, the threat of being unceremoniously laid off feels constant. And as for the government, forget it: we can only see so many clips of the president saying something incriminating, only for him to, later on, swear he never said it, before we totally give up on putting our faith in him, his administration, or in the loyal congregation who reject reality just to believe him. In the age of “fake news,” disinformation campaigns across social media, and the ensuing threat of video manipulation techniques known as “deep fakes” (Google it if you’re not familiar, and be terrified), there’s never been less trust to go around. If the 1970s were any indication, we’ll soon be inundated by films in which the principle cast exists entirely in their own self-made isolation, grasping their guns, peering out of their fortified homes between the slats of their window shades, and asking….“Is it safe?” 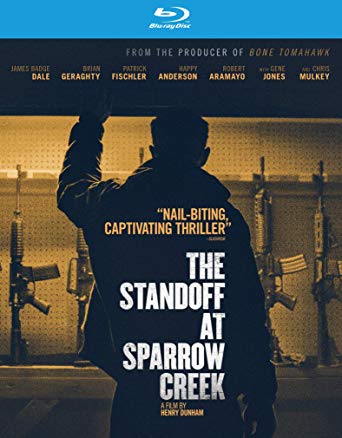 THE STANDOFF AT SPARROW CREEK is now on Blu-ray from RLJ Entertainment.