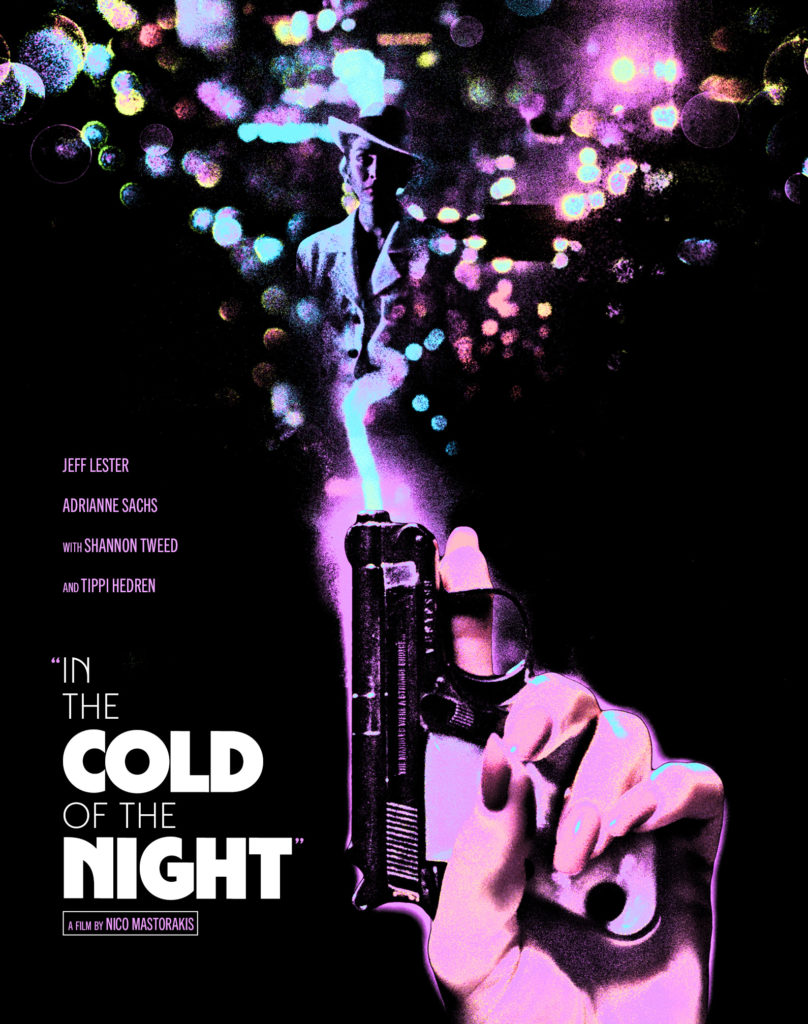 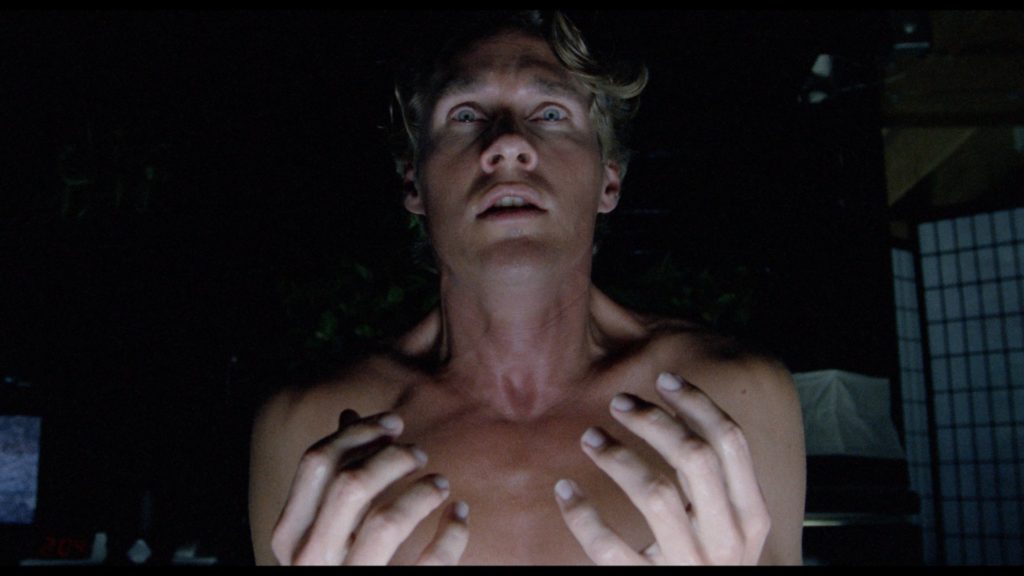 Fashion photographer Scott Bruin (Jeff Lester) wakes from a nightmare in which he’s strangling a woman he’s never seen before to find he’s actually strangling model and one-night stand Lena (Shannon Tweed), who is sharing his glowing waterbed. He’s mortified, but she’s fine with it and admits that she “almost came.” After he has another dream about murdering the same woman the following night, Scott gets really freaked out, although his therapist Dr. Frieberg (David Soul) doesn’t seem to think it’s a big deal. Scott decides some time off from his grueling schedule is in order and goes to spend the night on a bench with a bunch of homeless guys so he can get some sleep instead of just turning off the blinding fluorescent light under his waterbed. He buys them all pizza the next day, and while they’re eating Scott sees a guy wearing an airbrushed shirt with the mystery woman’s face. He does a tiny bit of amateur sleuthing and soon Kimberly Shawn (Adrianne Sachs) is knocking on his door. She assumes he’s a private dick hired by her ex to track her down, but he manages to convince her that he’s a good enough guy that she takes him to lunch with her mom (Tippi Hedren).  Scott and Kimberley have an immediate, intense connection, but Scott can’t keep his weird secret forever. What’s the real story behind the strange dreams that brought them together, and will Scott find out before his nightmare comes true? 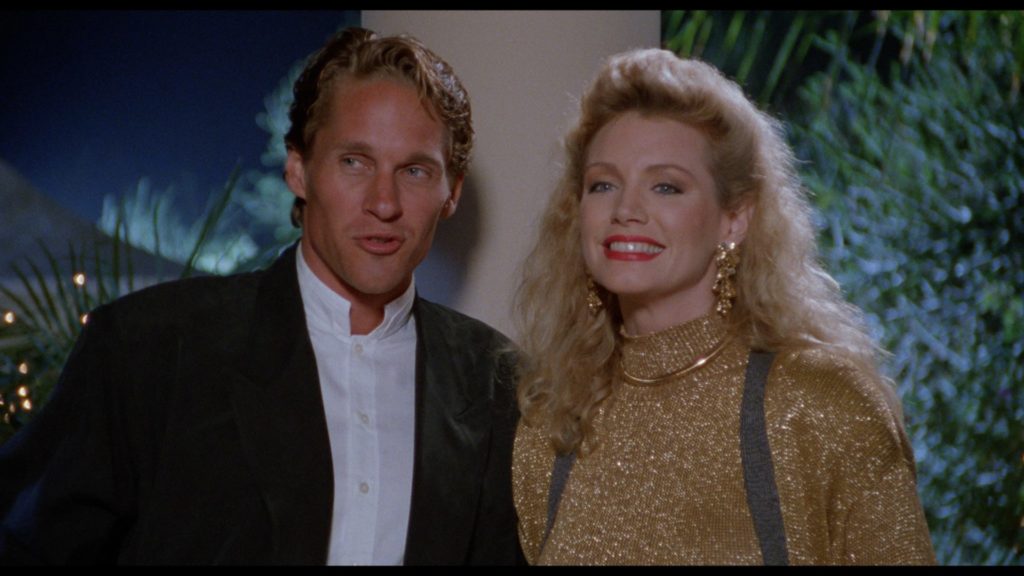 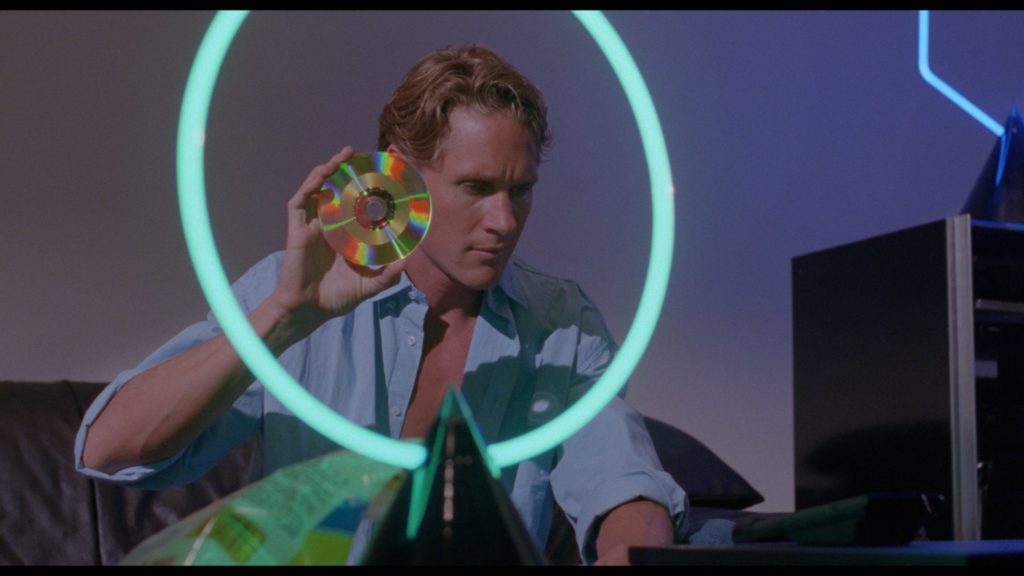 The most noteworthy aspect of the film’s “erotic” content is a bit that was clearly meant to do for marbles what NINE 1/2 WEEKS did for leaving the refrigerator door open too long. The cast was clearly game for anything, and deliver some jaw-droppingly strange dialogue with admirable sincerity. Where BLIND DATE used primitive digital effects to simulate its protagonist’s “sonar” vision, this film takes a similar approach to depicting Scott’s nightmares. Watching both films provides a nice comparison to where computer-aided visuals were in 1984 and 1990: the former was represented with monochrome outlines, while the latter has full color and massive blocky pixels reminiscent of Full Motion Video games of the early 90s. Add in a late-film reveal of a vast conspiracy and a character actually comparing Scott’s situation to a De Palma movie and IN THE COLD OF THE NIGHT crams a lot of crazy into one hugely entertaining ride. 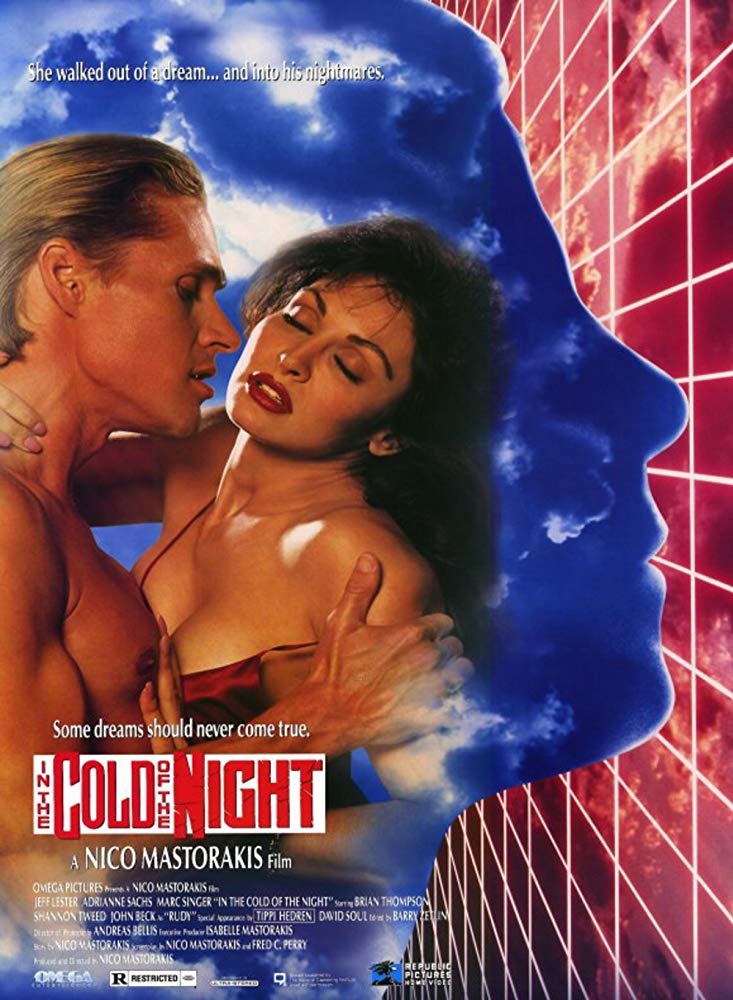 Vinegar Syndrome has given IN THE COLD OF THE NIGHT a full 4K restoration from its 35mm original camera negative, and the results are unsurprisingly gorgeous. There’s a lot of neon here, and it’s nice to see it in all its lurid glory. The fine detail in the transfer also makes it very clear that in a pivotal scene a laserdisc of THE GRADUATE is used as a prop standing in for something that is definitely not THE GRADUATE. It all looks and sounds great, but it does come as something of a disappointment that the only extras on the disc are a “behind the scenes” featurette probably carried over from the film’s 2003 DVD release, an archival image gallery, and the film’s theatrical trailer. 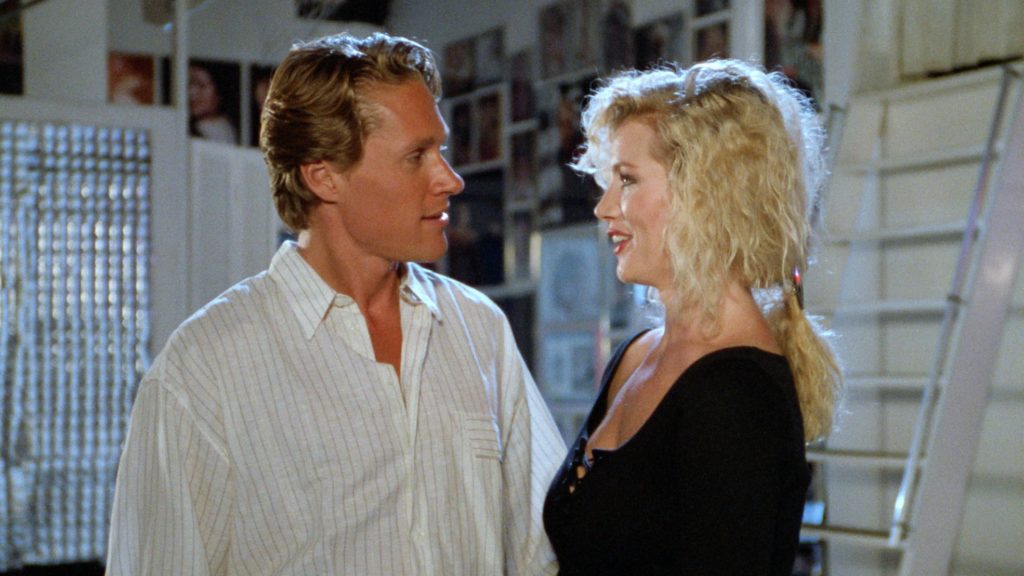 Regardless, it’s amazing that a film like this is getting such a beautiful new transfer and release. Vinegar Syndrome has two films Mastorakis produced — DARKROOM (1989) and GRANDMOTHER’S HOUSE (1988) — slated for release in April, so hopefully some of his other directorial efforts will find their way to Blu-ray before too long. And if anybody out there is listening, Jag Mundhra is seriously overdue for similar treatment; at the very least, the world badly needs a definitive uncut version of THE OTHER WOMAN (1992) .