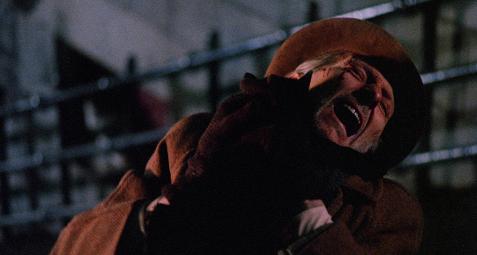 The horror anthology film has a long and varied history, but generally, the genre can be summed up in one TV Guide-friendly sentence: Through a framing device, three to five short stories are presented, each with twisty or macabre endings. Until recently, few anthology films have bothered to make the stories within them thematically linked outside of a tentative connection to the framing device, but recent films like SOUTHBOUND, HOLIDAYS, GHOST STORIES, and the VHS series have at least provided some semblance of linking the tales together. 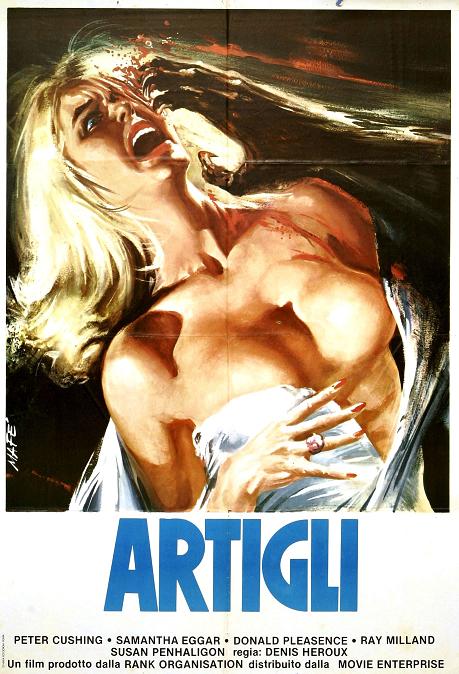 A rare exception to this is 1977’s THE UNCANNY, a horror anthology which often feels like an Amicus anthology akin to DR. TERROR’S HOUSE OF HORRORS and FROM BEYOND THE GRAVE, but isn’t, despite Amicus founder Milton Subotsky’s name on the production credit. (THE UNCANNY was made post-Amicus, but, like 1980’s THE MONSTER CLUB, still very much carries on its traditions.)  THE UNCANNY, just released on Blu-ray from Severin Films, took a rather unusual approach to linking the segments and its wraparound — all of them have to do with revenge in the form of cats.

This isn’t as wild of an idea as it may first appear, as horror and cats have been intertwined for years, with cats as the bearers of misfortune in literature as well as films like EYE OF THE CAT, NIGHT OF A THOUSAND CATS, or even Ted V. Mikels’ enjoyably trashy THE CORPSE GRINDERS. Hinging three (or four, if you count the wraparound) tales on cats, however, may seem like it would get a little repetitive, and THE UNCANNY does skim the edge of this — fortunately, the tales are entertaining enough that you really don’t mind seeing a cat being thrown from offscreen into an onscreen actor for the tenth time.

The framing device features Peter Cushing as a writer who comes to the house of a publisher (Ray Milland), pitching a book about the history of cats being responsible for humans’ deaths, in an attempt to warn the world about the demon beasts that hack up hairballs all across the globe. Cushing and Milland play off of each other nicely, with Cushing in full paranoia mode and Milland brushing off his fears.  As framing devices go, it’s certainly one of the better ones, benefiting from an isolated location and limiting to two overly-capable actors (similar to Jeff Burr’s THE OFFSPRING), even if the denouement is on the predictable side.

In the first segment, an old woman (Joan Greenwood, only in her fifties at the time but aged to look ancient) wills her money to her cats, causing her n’er-do-well nephew to enlist her maid (Susan Penhaligon) in killing her and stealing her will, only to have her attacked by cats. As the introductory tale, it sets a tone that shows that the film is smirkingly aware of its innate goofiness, and while it never really works as straightforward horror (unless you’re deathly afraid of cats), it doesn’t overstay its welcome too much even if it’s the weakest of the three segments.

The second tale concerns Lucy, a young girl who moves in with her aunt and uncle after her parents’ death. Lucy’s sole stable friend is her cat, who is constantly being persecuted by her cousin Angela. Lucy turns the tables eventually (for cat reasons) and Angela makes for a hissable villain (she introduces herself to Lucy by saying, “This is my room. It’s bigger than yours, because I belong here.”), but the conclusion seems to come out of nowhere. It’s entertaining, but it just feels a bit off.

The final segment is easily the most fun, featuring Donald Pleasence hamming it up as a horror film actor whose co-star wife “accidentally” dies during a Pit and the Pendulum-inspired movie shoot. However, her cat remains, and until he can get rid of it, he can’t live happily ever after with his mistress (Samantha Eggar). John Vernon has a small role as the film’s producer, and while there’s nothing special about the plot (the conclusion is based on a pun, rather than anything else that really happens during the course of the story), watching Pleasence clearly having a ball in a ridiculous toupee is worth the price of admission.

Considering the all-cat limitation on the stories, THE UNCANNY is a surprisingly entertaining time, embracing the camp aspects of its nature rather than trying to make cute little furry kittens frightening. It’s not for all tastes, and it doesn’t actually manage the chills of DR. TERROR’S HOUSE OF HORRORS or TALES FROM THE CRYPT, but it’s certainly a nifty way to spend an hour and a half. 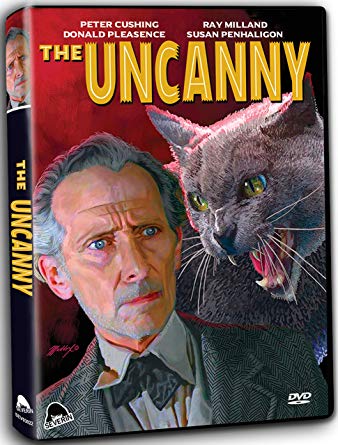 Severin has done a purrr-fectly (sorry, it’s in the contract) fine job of bringing THE UNCANNY to Blu-ray, transferring a print that had been discovered in a London vault. There isn’t much of a restoration here, but the film aspects like grain and occasional scratches add to the 1970s appeal. Extras include a trailer and an interview with Susan Penhaligon, who also speaks briefly about her other genre roles in COUNT DRACULA and PATRICK.

THE UNCANNY doesn’t rank among the best of the horror anthologies that Subotsky was involved with (though it’s still less goofy than THE MONSTER CLUB), but it’s nice to see the film get a proper presentation on a digital medium. Amicus fans should definitely snatch it up, as well as those who enjoy Donald Pleasence clearly having a blast — and what Daily Grindhouse reader wouldn’t be included in that?