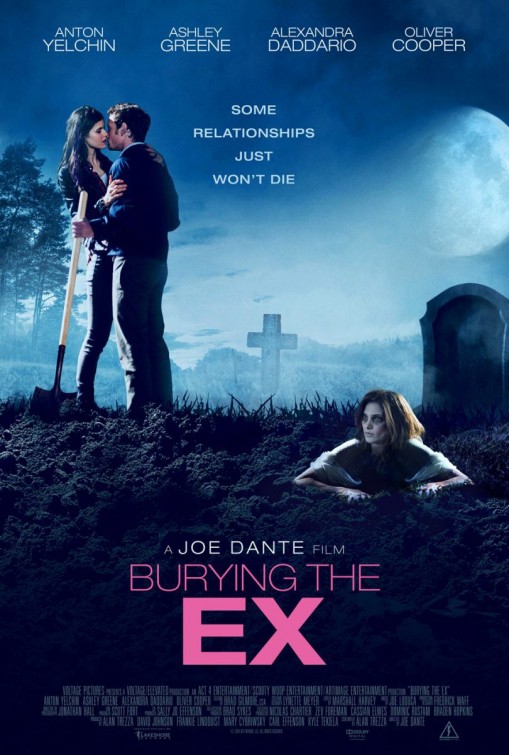 Max (Anton Yelchin) and Evelyn (Ashley Greene) are something less than perfect for each other. Max works at a local Halloween shop and has big plans to eventually open his own store; Evelyn is a blogger for a local environmentalist website and frequently reminds people of the toxins they’re ingesting (“I’m blogging up a storm!” she proudly announces in once scene). When Max decides that he’s had enough of her vegan lifestyle and meticulous recycling bins, he plans a public break-up with Evelyn, only to watch her get suddenly struck by a bus before he can say the words. Now Max is sad but free to play the field… until, that is, Evelyn decides that death is no match for true love. Quick question: is it possible for a film’s main character to be a MacGuffin? The entire premise of BURYING THE EX hinges on the fact that Anton Yelchin’s Max, a minimally employed movie geek who approaches everything with alarming passivity, is so wonderful that he inspires two women (one undead) to fall madly in love with him. Maybe this is a sign I’m getting older. Ten years ago, a movie about a film buff who is rewarded for refusing to grow up probably would have seemed like a great idea. Who wouldn’t want to spend their days watching movies at the Beverly Cinema and (somehow) turning a profit at a Halloween curio shop? Who wouldn’t fantasize about the manic pixie down the street who knows more about the 1942 CAT PEOPLE than you do?

Now, though, I find my sympathy lying solidly with the zombie. While Evelyn (Ashley Greene) is alive, BURYING THE EX would have us believe that her biggest faults are that she’s clingy – an emotional issue stemming from the traumatic death of her mother a few years back – and that she’s more interested in living a green lifestyle than memorizing lines from old Hollywood horror films. Sure, Max agrees to move in with her, and sure, Max never actually communicates his dissatisfaction until Evelyn is already dead, but she folded his posters. She folded his posters. She is the very model of an abusive spouse, provided your definition of abuse is that your significant other actually wants you to be modestly successful in life.

This blend of tired gender shtick and familiar zombie tropes suggests a movie that is uniquely suited to strike out with contemporary audiences. At least part of this is bad timing. In interviews, screenwriter Alan Trezza mentions that the film was written in 2009 and made the rounds until the zombie genre took off; what may have begun as a fresh idea lived to see both the zombie and manic pixie bubbles burst in the last five years, leaving Trezza with a script that seems, perhaps, more shallow than he intended. Nobody seems more aware of this than Ashley Greene herself, who sells Evelyn’s tender moments and does her best to keep the humor rooted in the slow decay of Evelyn rather than the conflict of their relationship. While Yelchin wears the same pained expression throughout the film – either to add to the physicality of his character or apologize to the audience for some of the jokes – Greene pulls out all the stops. She is the only one that seems to understand the balance of comedy and horror that director Joe Dante is known for. 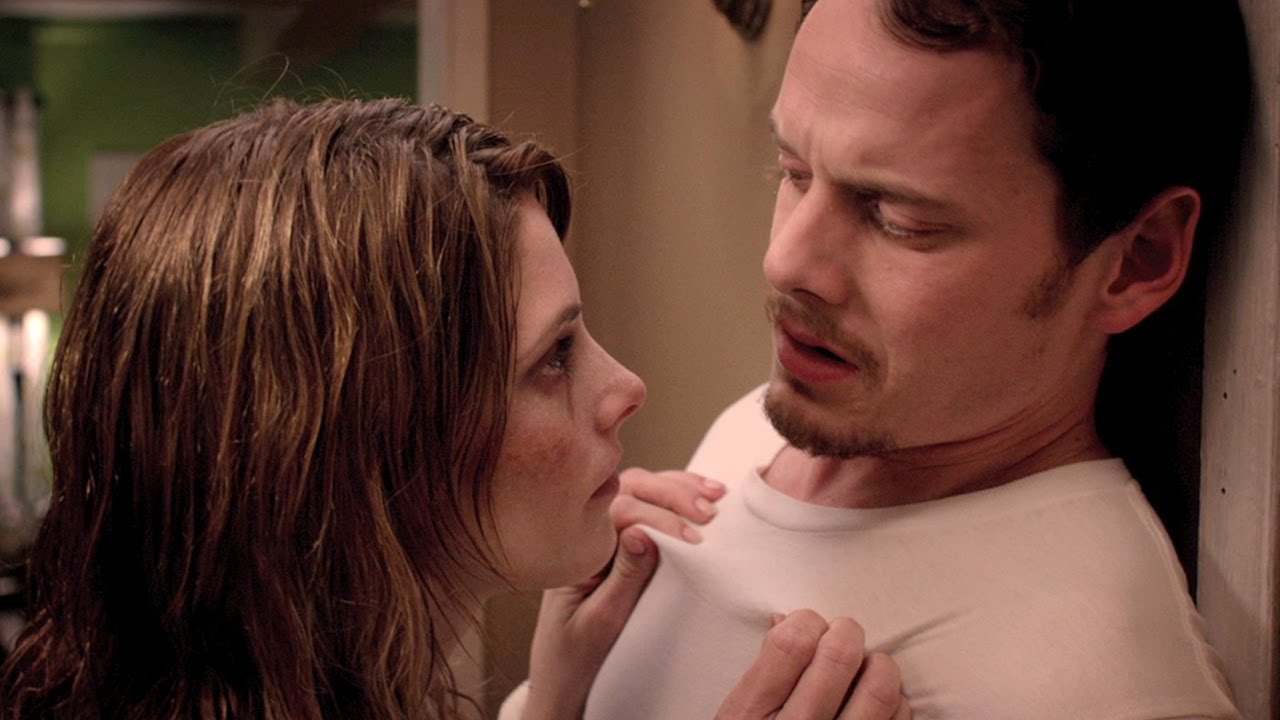 Which is a shame, because most people who see BURYING THE EX will do so because of Dante. Even as Dante’s output as a director has declined, his status as a cult favorite has grown; he gave us GREMLINS, THE ‘BURBS, SMALL SOLDIERS (a personal favorite), and then kicked off Trailers From Hell, one of the better uses of a YouTube channel we’ll see in our lifetime. When BURYING THE EX isn’t bogged down in outdated gender warfare, Dante is busy populating the background of every shot with old horror movies and genre jokes. In one of the film’s best bits, Max shuts himself into his apartment after the death of Evelyn and watches PLAN 9 FROM OUTER SPACE on a loop. “The home they had so long shared became a tomb,” Ed Wood sadly drones, “a sweet memory of her joyous living.” 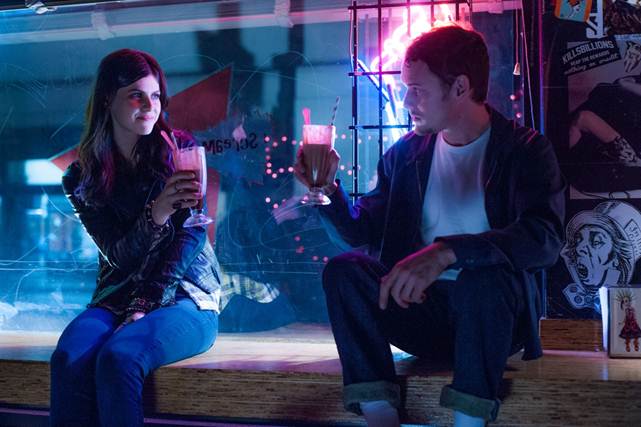 There is likely a film in BURYING THE EX that would serve Dante’s mix of humor and the groteseque well, but even his best movie references seem out of sync with the script. The little touches of modern comedy – the macho patter between Max and his half-brother, the jabs at internet writers – all drain the cheer from the movie. What remains is something on par with an episode of Masters of Horror: just enough to recognize the talent of a master, but far too little to make it worth adding to the canon.