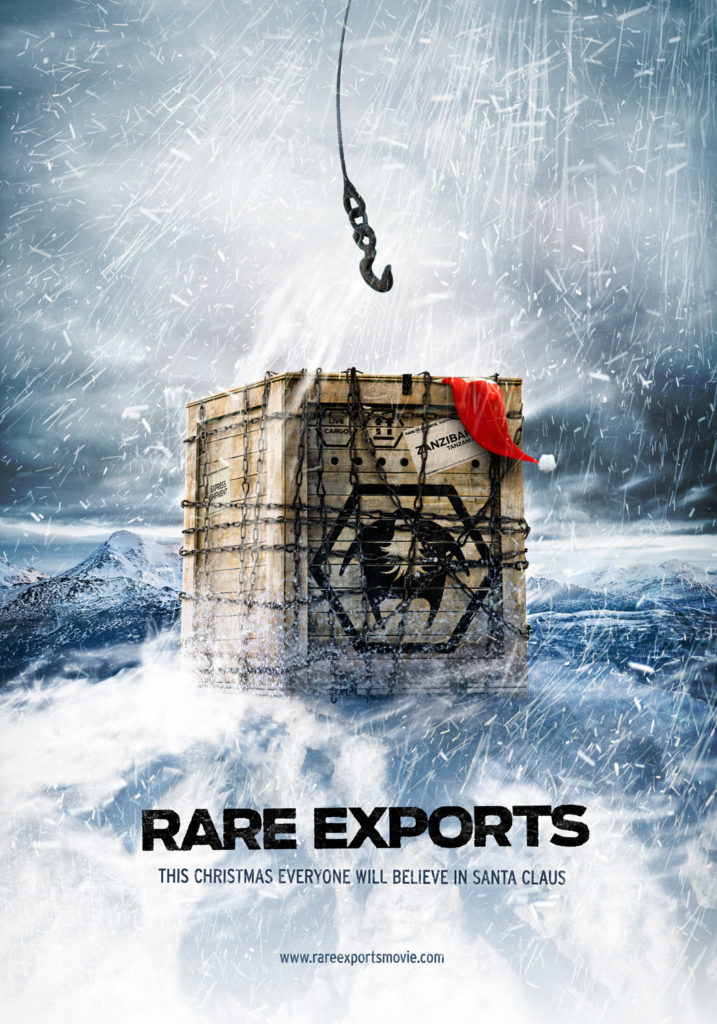 RARE EXPORTS: A CHRISTMAS TALE. Remember that title. If you’re the right kind of person, this title will become a beloved part of your Christmastime movie schedule for years to come. This is one of those sweet, weird, awesome little movies that will catch you by surprise and brighten up your whole December-movie season, if you’ll let it (or if you can find it.)

RARE EXPORTS is a little bit like what John Carpenter might do with a Christmas movie for kids, or what Tim Burton might do if he was raised in Finland instead of Southern California. Actually, the closest comparison is to the early work of Steven Spielberg, or, more specifically, those weirder side projects that Spielberg produced without directing himself. I’m talking about GREMLINS, folks. For some of you, that’s got to be a mighty enticing prospect. 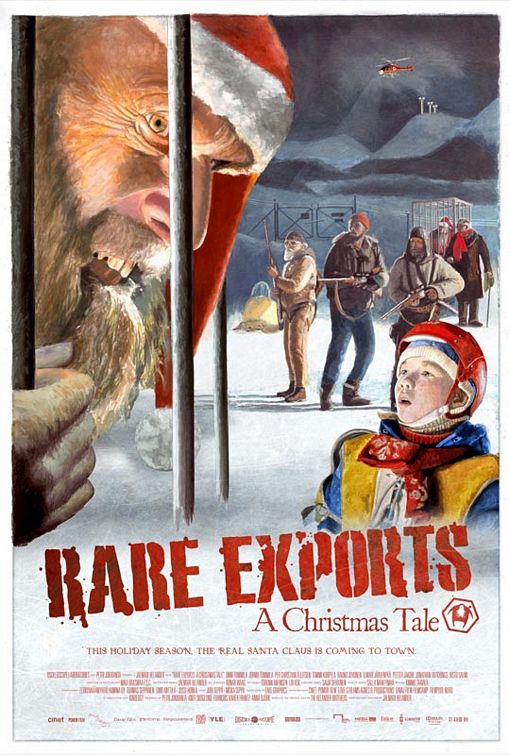 RARE EXPORTS is based on a series of short films that the Helander brothers made about the truth behind what we know to be true about Santa Claus. (Watch them here and here!) RARE EXPORTS has now been expanded into a feature film, and it’s a terrific surprise. 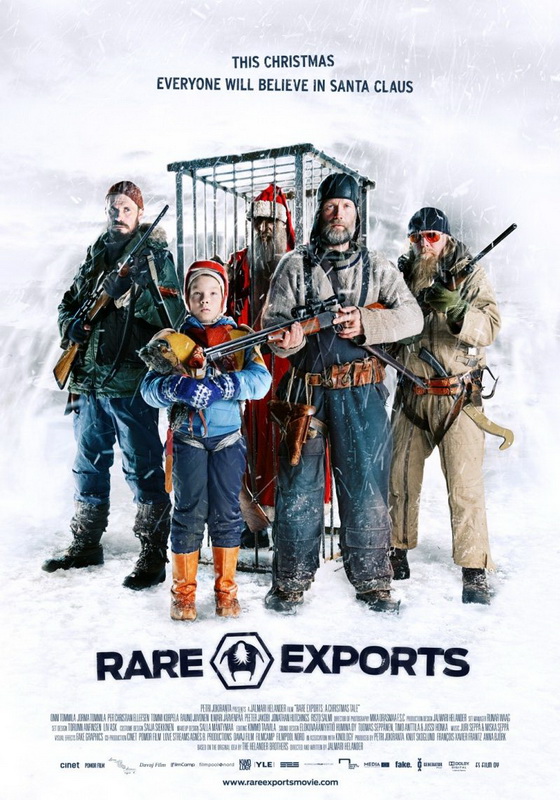 The movie opens with a richly-funded archaeological excavation of a dark, looming mountain in the wilds of northern Finland. It’s an ominous start, and writer-director Jalmari Helander smartly creates a mythic atmosphere in these early scenes. It’s not so terrible if you’re reminded of movies like LORD OF THE RINGS or THE THING in these early moments, because this isn’t the real world we know. It’s a ‘movie real-world,’ wherein unbelievable things can enter a very believable world.

That believable world is the home of young Pietari (Onni Tommila) and his single father, Rauno (Jorma Tommila, Onni’s dad), a reindeer hunter. We actually meet Rauno first, as he’s setting some very sharp – and very illegal – animal traps, because something has been preying on the reindeer that he and his two business partners, Amimo and Piiparen, depend on for their sole source of income. The unconventional families at the heart of this family fable are one thing that distinguishes RARE EXPORTS – Rauno looks not unlike Kris Kristofferson and the other two hunters, also single fathers, are similarly tough and weathered in appearance. This isn’t a world of women, let’s put it that way.  This is a cold land where tough men are apparently raising their children alone, and it turns out that children are particularly vulnerable to whatever’s been let loose from the mountain. 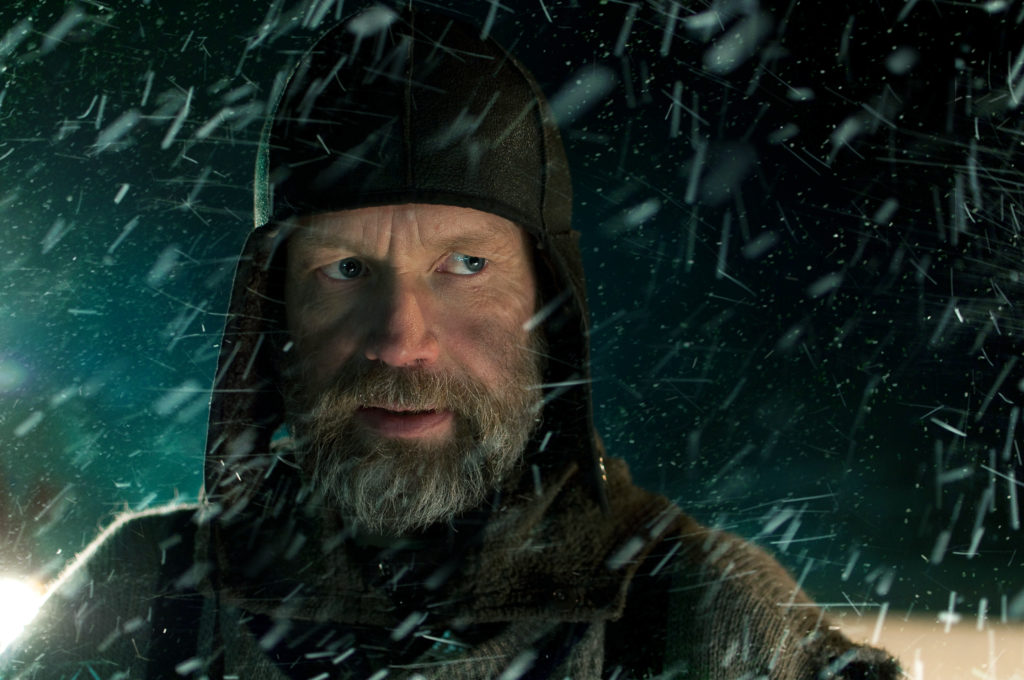 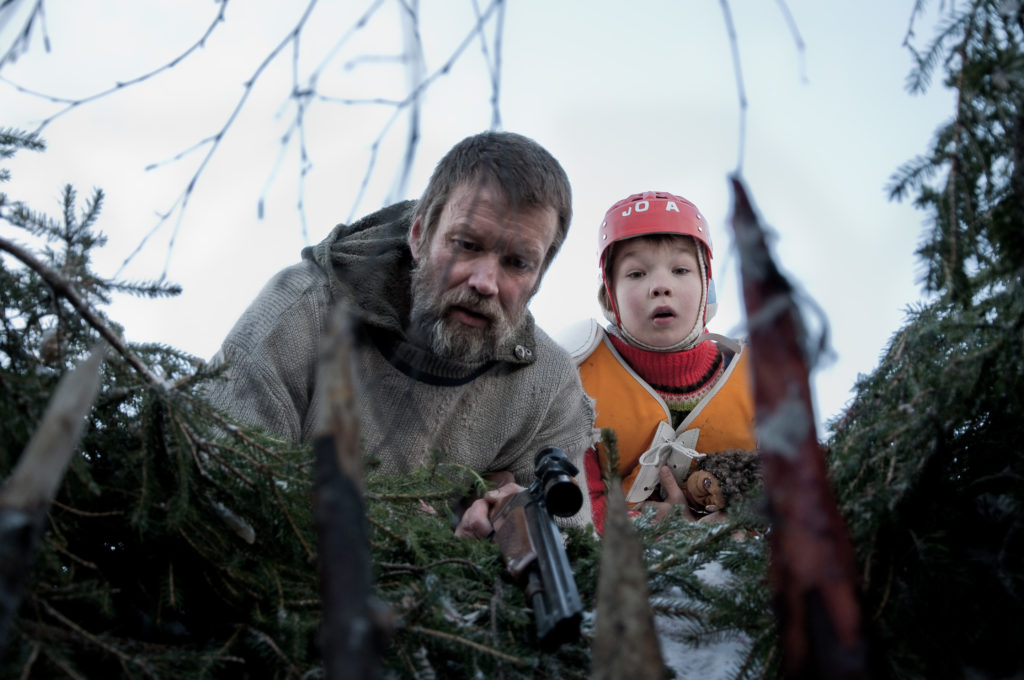 For now, we have RARE EXPORTS, which is a wonderful treat for those of us who like our Christmas stories cooked unconventionally. As a movie, it looks great, all crisp and chilly and widescreen (courtesy of talented cinematographer Mika Orasmaa), and as a seasonal fable, it’s a romp and a spookfest and one of the most original Christmas movies I’ve had the pleasure of witnessing in quite a while. 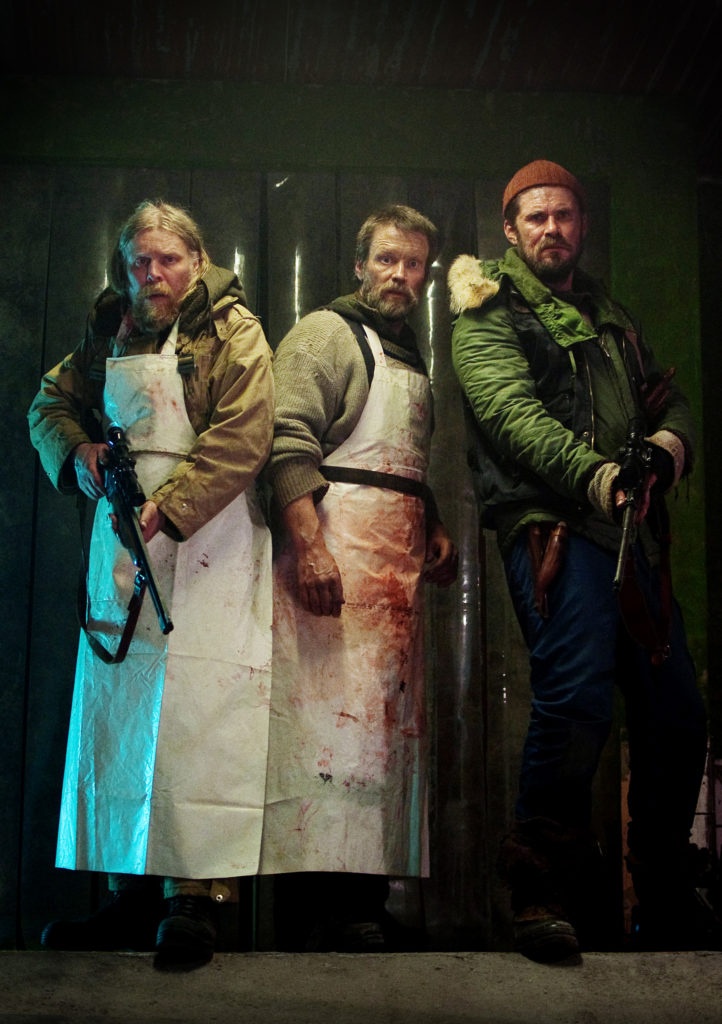 *I originally wrote this review back in 2010. His next movie, 2014’s BIG GAME, is very silly but also fun. That one’s available on Netflix, while you can see RARE EXPORTS if you have Shudder. And you should!