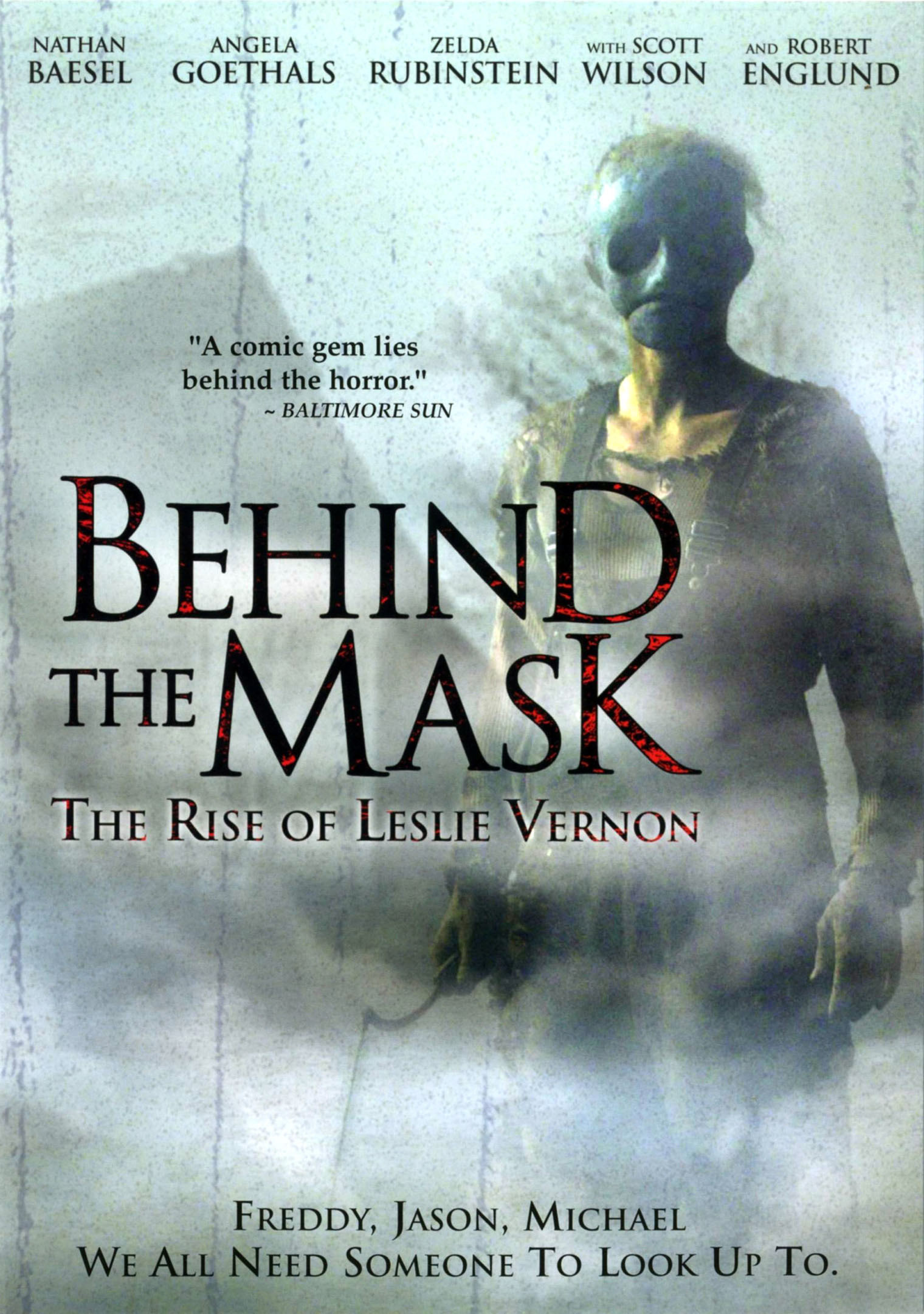 A faux-documentary that pre-supposes a world where all the names up there on the poster really exist, a world where Freddy and Jason and Michael are Cher and Madonna and Rihanna, BEHIND THE MASK is a killer high-concept that runs for a good long while before it loses its head. Jason Voorhees took on Freddy Krueger just three or four years before this movie saw the light of day, so it’s not too hard to accept the premise that there’s some alternative movie-world where wannabes aspire to be monstrous psycho-killers. Still better to aspire to that than “YouTube celebrity,” right? 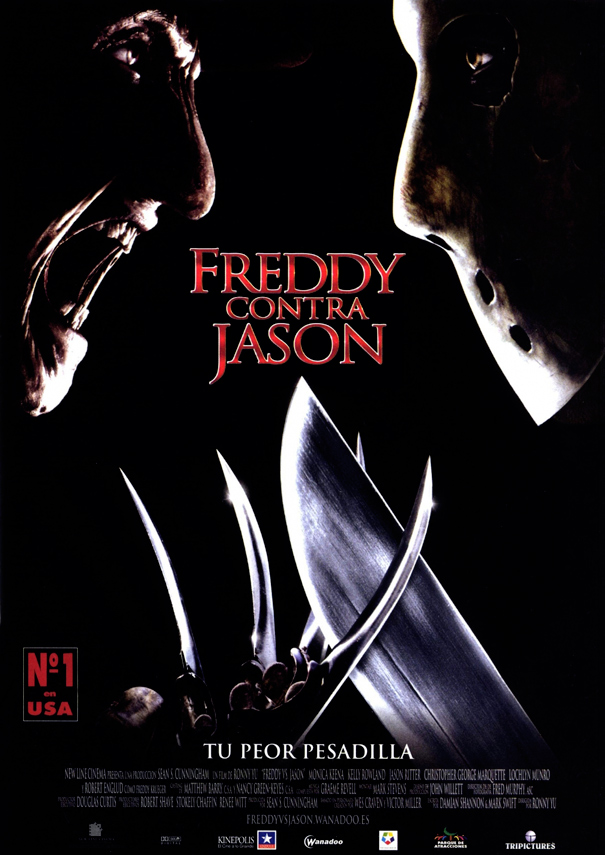 BEHIND THE MASK has a fun joke already in the title, since the gender-neutral name Leslie doesn’t quite so quickly lend itself to horror ubiquity as do the names Jason or Freddy. It doesn’t sound particularly wrong, but neither does it sound right. For a while, BEHIND THE MASK compares favorably to the pivotal 1992 faux-documentary MAN BITES DOG, wherein ambitious and foolhardy journalists tailed a serial killer with their cameras before ultimately becoming a part of his story. The same thing happens here, and the twisted fun of BEHIND THE MASK is in how we see the disarmingly energetic and upbeat Leslie (a very good and almost Jim-Carrey-esque Nathan Baesel) go about the business of preparing to become a silent, unstoppable mass-murderer. 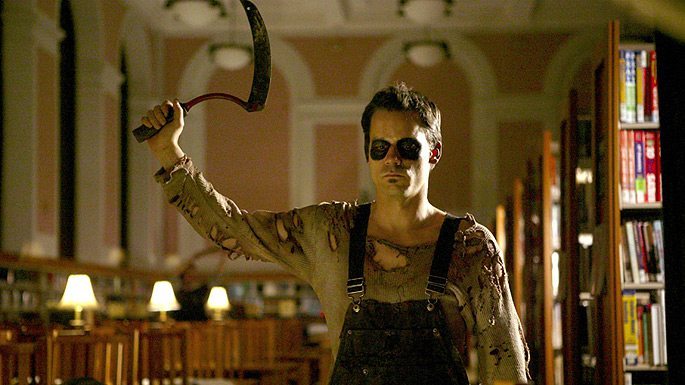 But every horror bad guy has his fatal flaw, and BEHIND THE MASK‘s insurmountable hurdle is that its inevitable tonal shift is difficult to buy into — we know Leslie too well by the time he puts on the mask and begins his rampage, so while we may root for him to be stopped, we don’t exactly fear him the way we might fear Michael Myers or Jason Voorhees. Those two guys were scary precisely because of their inability to be known. You couldn’t talk to them, and you couldn’t reason with them, and you couldn’t stop them. In the end, Leslie Vernon can’t make the big leagues. Then again, that sort of works in the movie’s favor, in an odd way. If Freddy Krueger is arena rock, Leslie Vernon is strictly a cover band — but if you’ve ever seen a really good hair-metal cover band perform, you know there’s still an excellently debauched Saturday night to be had there. 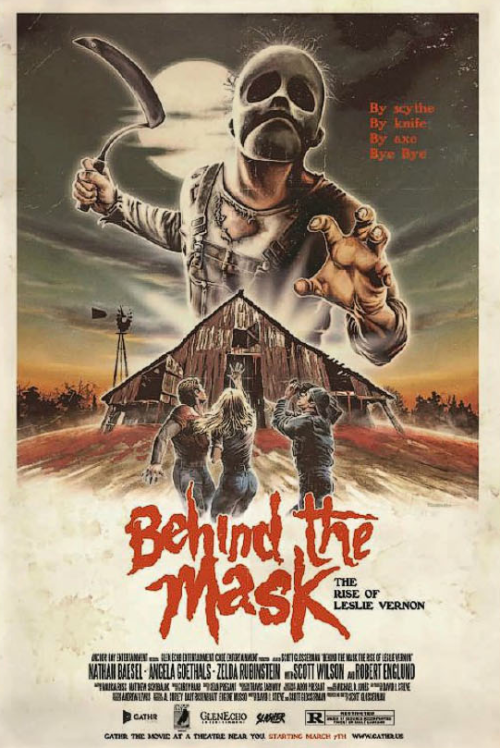