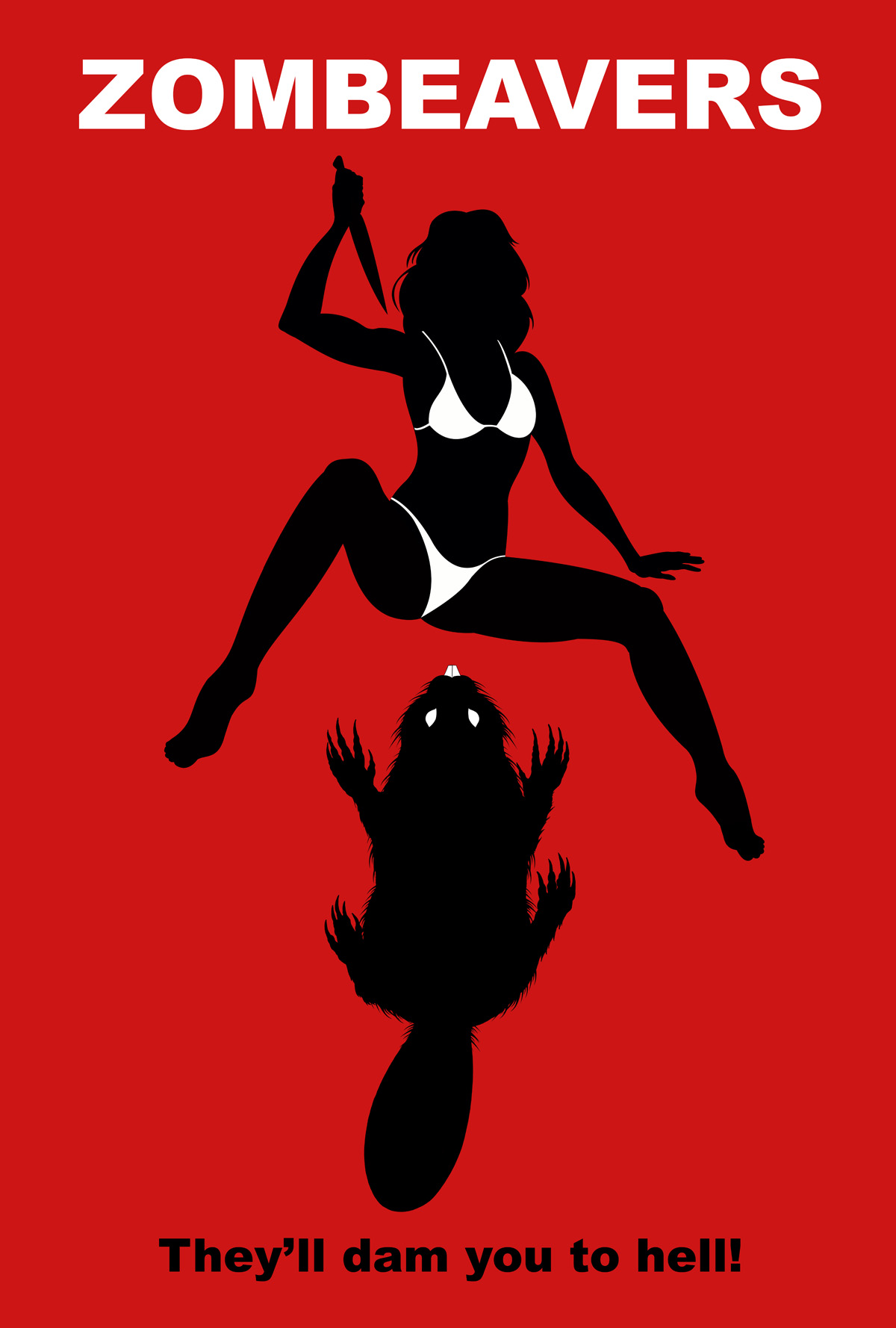 So about a year ago, I discovered a trailer for a movie called ZOMBEAVERS on YouTube, and I was hooked instantly. When and where is this film gonna come out? I need this movie right now for my entertainment. Time passed, and nothing. Then one day, as if by some omnipotent force, ZOMBEAVERS shows up on Netflix Streaming. Oh, shit yeah!

As soon as the movie begins, I know I’m going to love it: Bill Burr and John Mayer — yes, that’s John Mayer — are delivering hazardous toxic materials through the back woods, and, a la TOXIC AVENGER, of course they aren’t paying attention. They hit a deer, the deer splatters all over their windshield, and a canister of toxic material falls into the river and ends up downstream, at — you guessed it — a beaver dam! YES! Sorority sisters Zoe, May, and Jenn head out to the country for a girl’s-only weekend, after finding out Jenn’s boyfriend cheated on her. No boys, no phones, meaning out in the wilderness they have no phone service on their cell phones.

Slightly over 13 minutes into ZOMBEAVERS the girls decide to go swimming , and of course, Zoe is a bad girl and decides to go topless. We’ve got tits! Sorry, but if you’re making a movie that is an homage to every 1980s horror movie, you better have tits. Even as a gay dude, I can appreciate that!

And… cue the creepy backwoods hunter. He scares away a bear which had scared the girls, but then he also creeped them out by telling them to put some clothes on and cover up those weird tattoos. The character is priceless and mandatory! The humor is already extremely crude, like something you would see in the first act of an Eli Roth movie. To keep it going, of course the boys show up. Dumb boys, ruining everything.

With all of this craziness going on, it only makes sense that Jenn wants to take a shower. Just as she’s about to get undressed, we get our first glance at one of the zombie beavers, and it’s everything I could dream for! It’s obviously a puppet, it’s practical effects, and it vicious as hell! It is literally everything! Really reminded me of something you’d see out of an early Full Moon movie.

Fear not: Sam (the lying, cheating, ex-boyfriend) saves the day by killing the zombie beaver, which of course the very intelligent college brats who’ve never seen a horror movie in their life dismiss as a rabbit, put the “dead” beaver in a garbage bag, and throw it outside.

After all that craziness, these dumb-ass kids still stay in the cabin, and the next day they decide to go for a swim out to the raft in the lake, which is right near the beaver’s dam. Smart kids. After everyone else is in the water, Jenn begins to step in, and we get a point of view shot coming from the zombie beavers perspective. So JAWS, so PIRANHA. Even better, once all the kids are on the raft in the middle of the lake, there’s a great reference to “The Raft” segment of CREEPSHOW 2.

Night comes, and it’s on like Donkey Kong! The group are surrounded in a cabin in the woods by the zombie beavers, and start they boarding up the doors and the windows. So NIGHT OF THE LIVING DEAD it hurts. It hurts so good, though. A few of the kids try to escape, and of course the road is blocked off, EVIL DEAD 2, style. Filthy hairy beavers!

To make matters worse, the humans bitten by the zombie beavers are now becoming a weird hybrid werebeaver. The transformation is great, and had me thinking of MULBERRY ST., POULTRYGEIST, and BLACK SHEEP, all of which had alternative animal/human hybrid monsters.

ZOMBEAVERS is a great homage to 1980s horror movies. It almost borders on parody, but the cast keeps the over-acting in check, and play it straight just enough, so that ZOMBEAVERS feels genuine. So much fun! RECOMMENDED! 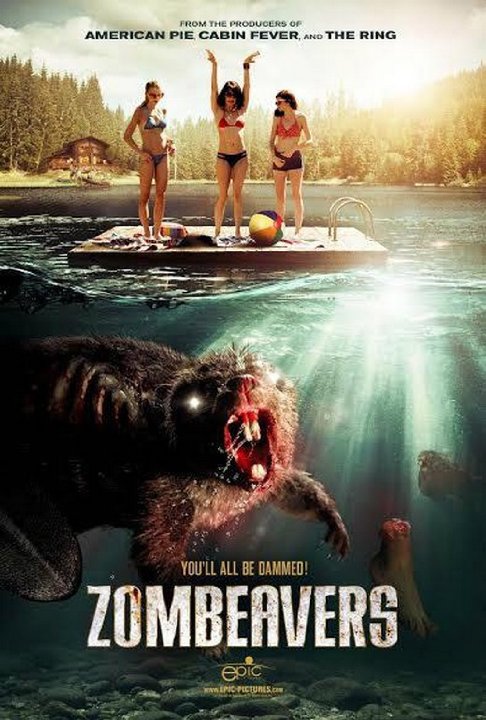