Rick Baker has been on Twitter for almost a week now. If you don’t know who Rick Baker is, boy did you come to the right place.

This is one of the great artists to emerge in American movies in the last four decades. A creature creator at heart, Rick Baker’s talent for make-up effects was so apparent from the outset that the Academy Awards created a category for ‘Best Make-Up And Hairstyling’ pretty much to recognize his pioneering achievement in AN AMERICAN WEREWOLF IN LONDON. 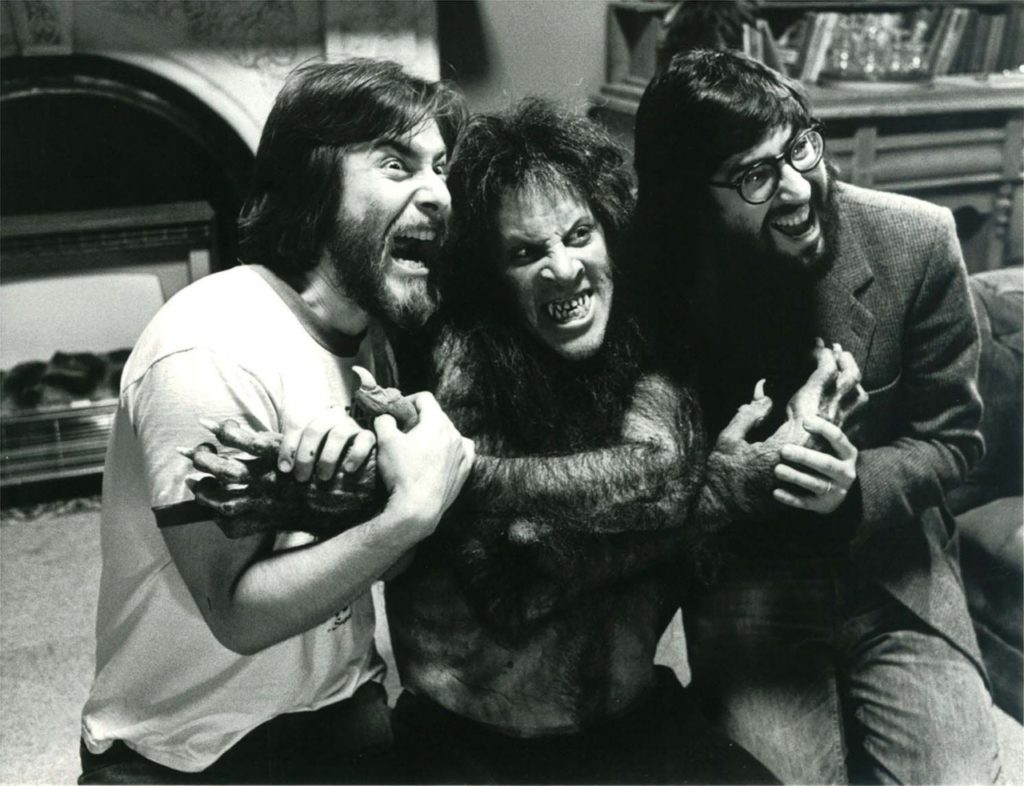 Still the greatest werewolf movie of all time, Baker’s designs were both innovative and terrifying. Look at the wolf in that picture up there: That’s not an animal. That’s a monster. That thing looks like viciousness personified. Of course, it’s not just the wolf that’s important — before this landmark film, werewolf transformations were done with time lapse photographic effects, comical to the modern eye. Very soon CGI would take over, supplanting practical artistry to the genre’s detriment. But AMERICAN WEREWOLF is the one where you see a man change into a wolf — it was writer-director John Landis’ notion that the transformation should look like it’s total agony; it was Rick Baker’s abilities that brought it convincingly to screen.

[Read the Daily Grindhouse reflection on AN AMERICAN WEREWOLF IN LONDON!] 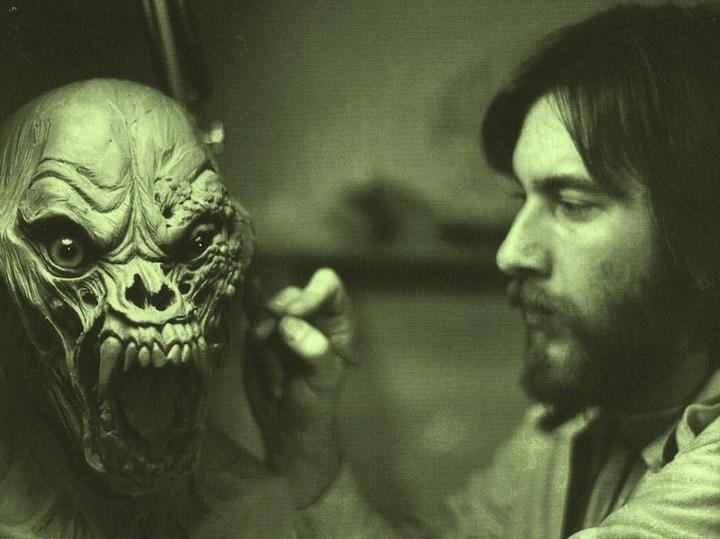 Quite honestly, if that were the only movie Rick Baker ever did, I’m positive he’d be in the pantheon. But that was still early on in a legendary career now technically in its fifth decade. Before AMERICAN WEREWOLF, some memorable entries in the filmography include SQUIRM (read Daily Grindhouse’s take), the 1976 KING KONG, and a few bits in STAR WARS. 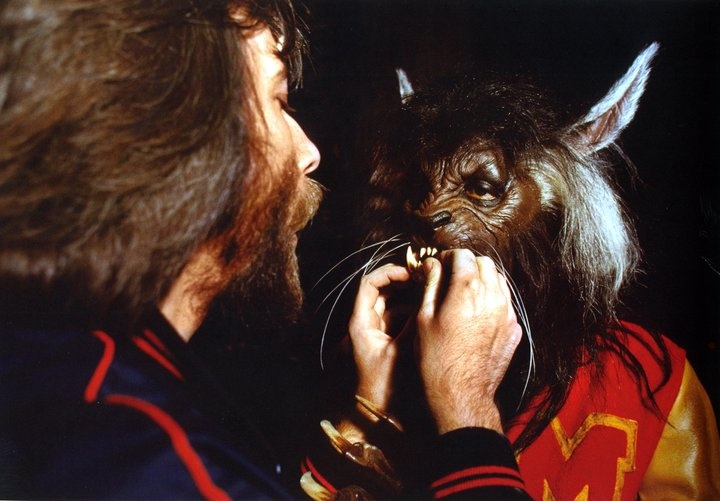 After it, though, it’s a literal cavalcade of high-profile hits and artistic successes, including: David Cronenberg’s VIDEODROME, Michael Jackson’s ‘Thriller’ video, HARRY & THE HENDERSONS, GORILLAS IN THE MIST, Joe Dante’s GREMLINS 2 (read Daily Grindhouse’s take!), WOLF, THE FRIGHTENERS, MEN IN BLACK, MIGHTY JOE YOUNG, Tim Burton’s PLANET OF THE APES, THE RING, HELLBOY, 2010’s THE WOLFMAN, and coming in 2014, MALEFICENT.  I hope it’s not too rude for me to point out that, while many of the movies Rick Baker has worked on have been memorable besides his contributions to them, there are some where his work has been the clear highlight. Few FX artists can do remotely comparable monsters. No one does better apes. 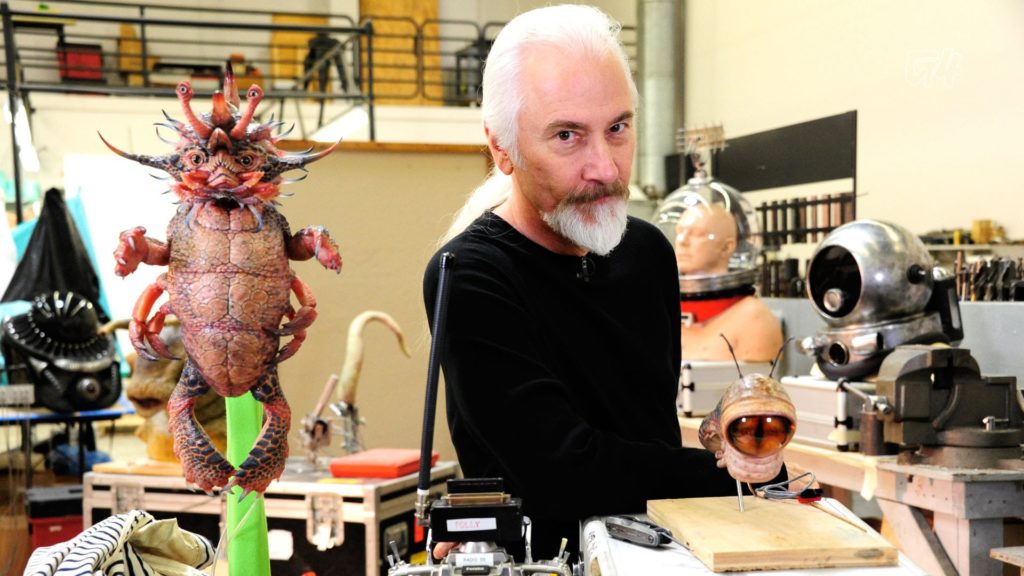 Not only that, but his contributions to film comedy are well worth mentioning: Rick Baker came up early with John Landis, not only the director of AMERICAN WEREWOLF but also one of the most successful comedy filmmakers of the late-1970s and 1980s, and worked with him later on COMING TO AMERICA, a pivotal film in the careers of both and also in the career of star Eddie Murphy, whose perpetually under-appreciated ability to create well-rounded, surprisingly believable and diverse comedic characters took off to a whole new level in that film, since with Rick Baker’s help he could now play anything, including an old Jewish man. Murphy and Baker continued their successful collaboration in two NUTTY PROFESSOR movies, the seriously under-seen LIFE, and NORBIT. All of that, and Rick Baker also worked on the Bela Lugosi make-up in what is very possibly Tim Burton’s funniest and finest film, ED WOOD, and on Robert Downey’s make-up on TROPIC THUNDER, which was no doubt a big part of Downey’s being the rare comedic role to get an Oscar nomination. 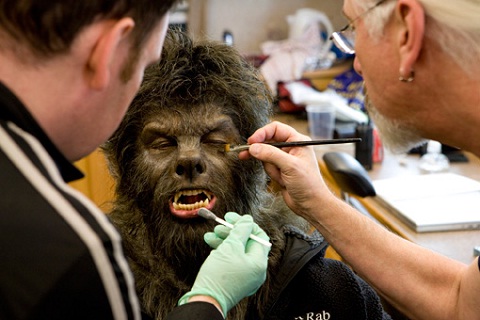 And now he’s on Twitter! So far he’s been posting pictures of never-before-seen make-up designs and some truly amazing paintings. It’s extremely great. He’s also been interacting with fans quite a bit, so let’s all be polite and respectful and let him know him how much we appreciate his art! 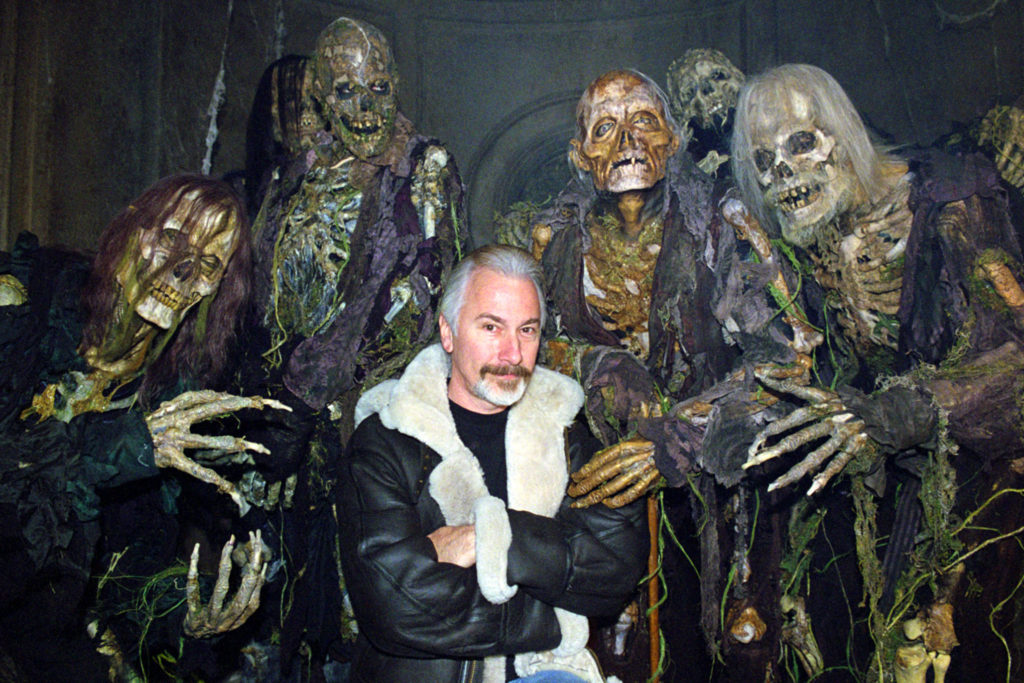 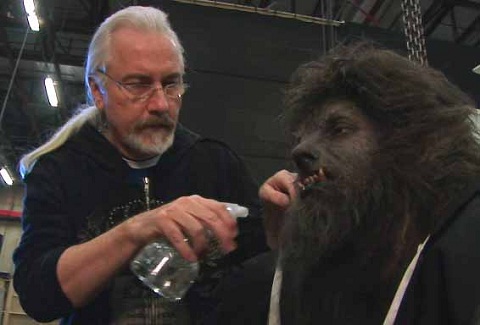 Oh, and if you ever need me, I’m over at