While it is right there in the title, BLOODY NEW YEAR (1987) is not exactly a “New Year’s movie.” There is a celebration in the film’s opening with a great 80s power pop song done in 1950s style and the party (literally) returns later in the film, but the events of the “present day” storyline do not take place on December 31st and/or January 1st. So including this movie in a discussion of “New Year’s movies” may be a bit of a cheat. Hopefully we can let that slide because not only is it one of my favorite horror movies that touches on the holiday, but it now provides an interesting case study in the medium of celluloid as a potential source of extratextual terror.

I first saw this film back in the ’90s. The Academy Entertainment VHS cover art— a goofy skeleton with a noisemaker in its giant hand wearing a party hat and fur coat, with streamers and a disco ball in the background—was quite memorable, but it also promised a much different experience than the film delivers. A group of young people out for a day of Summer fun end up shipwrecked on a seemingly deserted island. They find a hotel that appears to be open for business, except that there is no one around and it’s inexplicably decorated for a New Year’s Eve ball. It soon becomes clear the island is haunted, but not in the traditional sense. It’s been stuck in a sort of time loop since the fateful night of that party, and the folks who were present at the time are not happy about it. 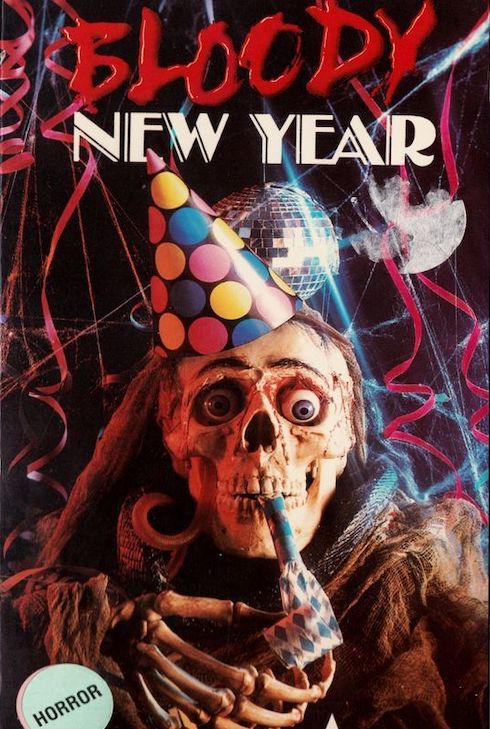 BLOODY NEW YEAR is something of a belated capper to an international trilogy of increasingly surreal ’80s horror movies in which a group of people are stranded on an island where bad things happen. The Canadian film HUMONGOUS (1982) is a somewhat familiar slasher, and the American film THE SLAYER (1982) takes the formula and stirs in a bit of surreal nightmare imagery. BLOODY NEW YEAR, produced in the UK and released in 1987, takes the latter film’s dream logic and really runs with it. The results range from silly (a menacing pool table) to effectively creepy (evil mirrors!), but the tone throughout remains much darker than that VHS art would lead a potential viewer to expect. It’s far from perfect, but its ambition and imagination help it stand out among its late-’80s peers and its vaguely sci-fi slant is certainly novel.

While there’s some EVIL DEAD in its swooping camera moves and supernatural hijinks, the concept of the time loop “haunting” feels like it may have been partially inspired by Alain Resnais’s LAST YEAR AT MARIENBAD. There’s a scene in which a character becomes trapped in an indoor snowstorm that might have been a nod to Andrei Tarkovsky’s STALKER. The whole idea of the forbidden island is less reminiscent of a traditional haunted house than “The Zone,” a trope most often associated with science fiction. 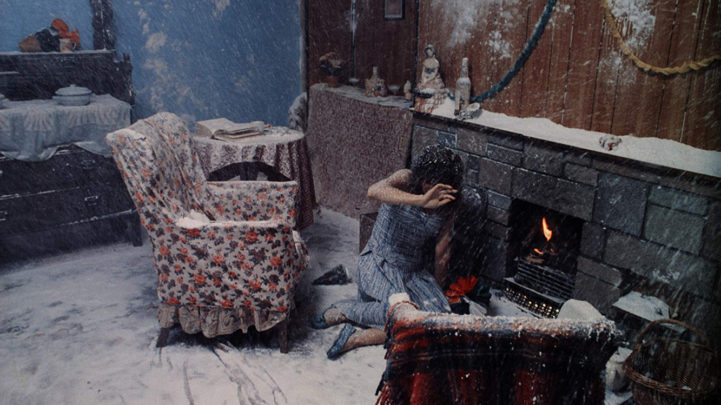 The original negative of the film was mistakenly destroyed at some point after it was completed, and following its initial VHS release BLOODY NEW YEAR was tough to come by for a long time. Redemption released a DVD using a tape master in the early 2000s that has been out of print for ages, but this year saw not just one but two different Blu-ray releases of the film. The first one from Vinegar Syndrome in the States was released on January 1st, and the other from Indicator in the UK was part of their spectacular Norman J. Warren boxed set.

While both discs look exponentially better than the previous home video releases, the new transfers were created with what may be the last surviving 35mm print of the film. When set against the pristine transfers of Warren’s other films in the Indicator set (who could have imagined we would ever see a 2K restoration of INSEMINOID!?) and Vinegar Syndrome’s previous Warren releases, the difference is striking. A note of warning on the Indicator disc explains that the transfer suffers unavoidable issues “related to chemical staining, frame warping, and image instability.” 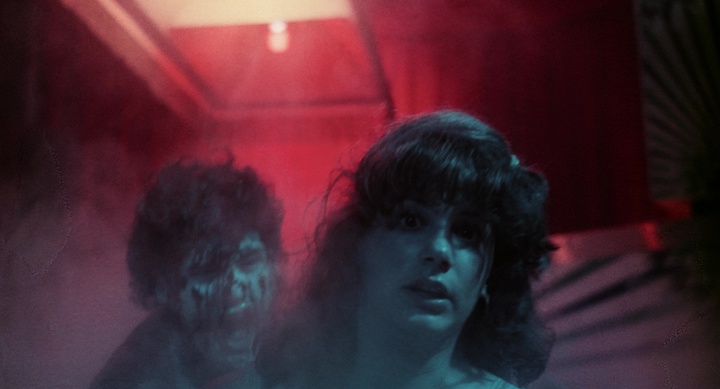 While some hardcore A/V heads might find this frustrating and/or disappointing, it feels entirely appropriate for this particular film and adds an extra facet to its sense of eerie unease. Seeing a film projected from a 35mm print is a much different experience than seeing a spotless digital restoration. A print is not just a storage medium for a movie, but an artifact in its own right. It’s an object that stands as a record of the technology of both filmmaking and film distribution at the time it was struck and sent out from the lab into the world.

Literally speaking, almost no two experiences of seeing a 35mm print are exactly the same. Every speck of dirt, every emulsion scratch, every repaired splice and faded color becomes part of the texture of the film. That visual noise tells a story of its own: those imperfections represent a record of the print’s experiences and “life.”

Bill Morrison’s brilliant documentary DAWSON CITY: FROZEN TIME details the discovery of a treasure trove of nitrate film prints buried for a century in the permafrost beneath an old Gold Rush town in Canada. It’s impossible to watch footage from those films, some remarkably well-preserved and others almost completely deteriorated, and not to be moved. There’s a deep poignancy in seeing these images of people and places long gone. But there’s also an undeniable sense of the uncanny, especially in the footage showing the most advanced decay. In those we see only pieces of images and impressions of people and movement. These faint ghosts reach through time via the nitrate stock to tell their often incomplete stories decades after their likenesses were captured.

That combination of nostalgia and unease is not specific to moving pictures, of course. But visual and audio recordings of the past feel inherently more unsettling than, say, sepia-toned photographs. Recordings mimic the imagined mechanics of a haunting: The film unspools, and a specific series of events play out again. And so goes existence for the poor souls trapped on the island in BLOODY NEW YEAR, doomed to an eternal un-life playing and replaying those moments like a loop of celluloid running endlessly through a projector. There’s a diegetic echo of this concept in the hotel’s in-house theater, forever screening FIEND WITHOUT A FACE. But the fact that BLOODY NEW YEAR itself can now only exist in an “imperfect” state due to the effects of time and chance underlines this idea in a more visceral way that Warren may not have foreseen. 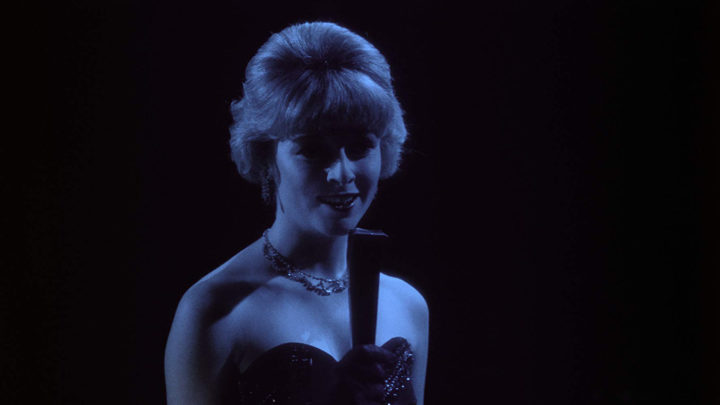 Despite having had my obsession with cinema nurtured in the video store era, I have no interest in revisiting old VHS tapes of films that have since been made available in better quality transfers. I would not want to watch a VHS copy of BLOODY NEW YEAR, even if doing so would be a rough approximation of how I originally saw it. But watching it in a form that replicates the experience of seeing a projected film print—and thus being reminded of its vulnerable state as a decaying thing subject to the ravages of time—gives it a completely different sense of uneasy nostalgia.

A reminder of how things were, and an unexpected meta-memento mori. Those frames where the image warps, the colors change, and the images shudder give the film an edge of existential dread that amplifies the more traditional chills inspired by its fiction.