“Whoever fights monsters should see to it that in the process he does not become a monster.” – Friedrich Nietzsche

Should old acquaintance be forgot, and never brought to mind? With New Year’s upon us, we often have the tendency to reminisce, perhaps even to reach out to those from our past. For some it’s a time to reconnect with old friends amid the balloons and bubbly, to dance the night away and have a kiss at midnight. For others, it’s a time to make amends, to ask forgiveness and heal old wounds. Yet still for others, things tend to take a more sinister turn such as in Hulu’s INTO THE DARK: NEW YEAR, NEW YOU. 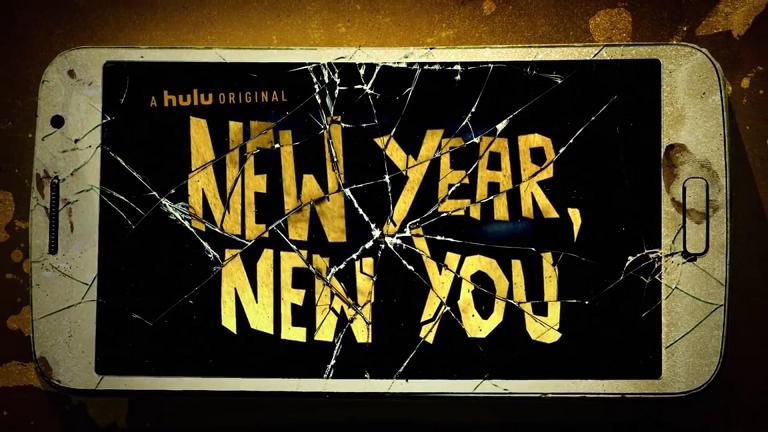 Four young women meet up at the house where, in their high school years, a terrible incident took place, physically scarring one and emotionally scarring them all. It’s New Year’s Eve and Alexis wants to have one last party in her parents’ house before it’s sold. A small party, more of a get together, really, with only four invitees. Three of them have kept in touch over the years, barely eking out an existence in the gig economy. The trio includes Alexis, who holds the biggest grudge as well as the only physical scar from the night long ago. Chloe, the fashion and money obsessed member of the group who also still lives at home with her mother and finds dating difficult. Last is the moral compass, Kayla, who is the only POC and also the only LGBT member of the group.

The fourth, Danielle, found fame and fortune as an internet influencer on a popular website with her segment, Get Well Danielle. This causes jealousy and resentment to fester in the others. Why does Danielle get to be the one to walk away? Why does she get to be the one to succeed? Danielle of the night of the incident? Danielle who left them all behind without so much as a glance back? The other three prepare for the party, the stationary camera ignoring their actions to concentrate on possible weapons around them (golf clubs, kitchen knives, a sauna). In true movie serendipity, as soon as Alexis states she’s sure Danielle won’t show, the doorbell rings. The women share a glance and assure each other that they’re prepared for what the night might hold.

The writers did a brilliant job of keeping the audience guessing who they should be rooting for. Is Alexis the innocent victim of a vicious sociopath who disfigured her and stole her dreams? Or is she just as culpable in the incident, transferring her guilt to the one person out of their group of friends who broke away and made something of her life, a life she now covets? Is Danielle an opportunistic psycho who uses people as stepping stones to get what she wants or is she a reformed mean girl who now uses her influence for good, helping people she’d hurt or make fun of in the past?

Though the women come together as adults, as the night progresses, the drinks flow and the talk turns to high school. Soon, they too regress back to old roles, eventually reliving that terrible night. Loyalties shift. Truths are exposed, some more surprising than others. But where does revenge stop? What gives a person the right to be the one to pass judgement especially when their past may not be quite as squeaky clean as they’re projecting? With perception being 90% of what people promote, not what the truth is, it takes a slip of the tongue in the heat of the moment to hint at the truth. (Alexis screams “You made me do it!” to Danielle as she tortures her, referring to the incident.) The characters are so well written, none of them one hundred percent perfect or evil, that the viewer can never be completely sure.

Mirrors are used throughout the set to emphasize reflection, the reversal of roles, and situations turned upside down. The juxtaposition of the opening YouTube-type video (complete with jumpy editing) and the ‘70s-style credits were wonderful. Writer-director Sophia Takal and co-writer Adam Gaines did a great job of capturing the essence of the mean girl spirit that so many women never fully outgrow, that tends to poison relationships well into adulthood. The movie begins as it ends, bookended with videos from a popular influencer site, further reinforcing the idea that in this modern age, to the victors go the subscribers. 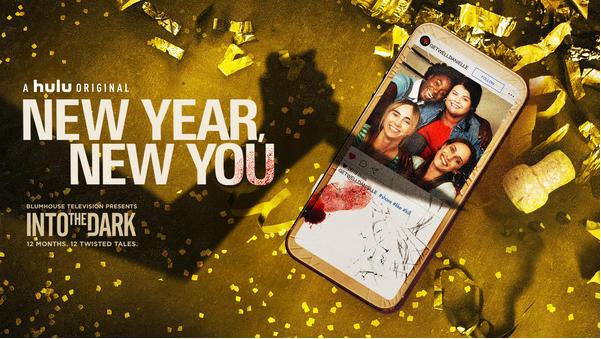