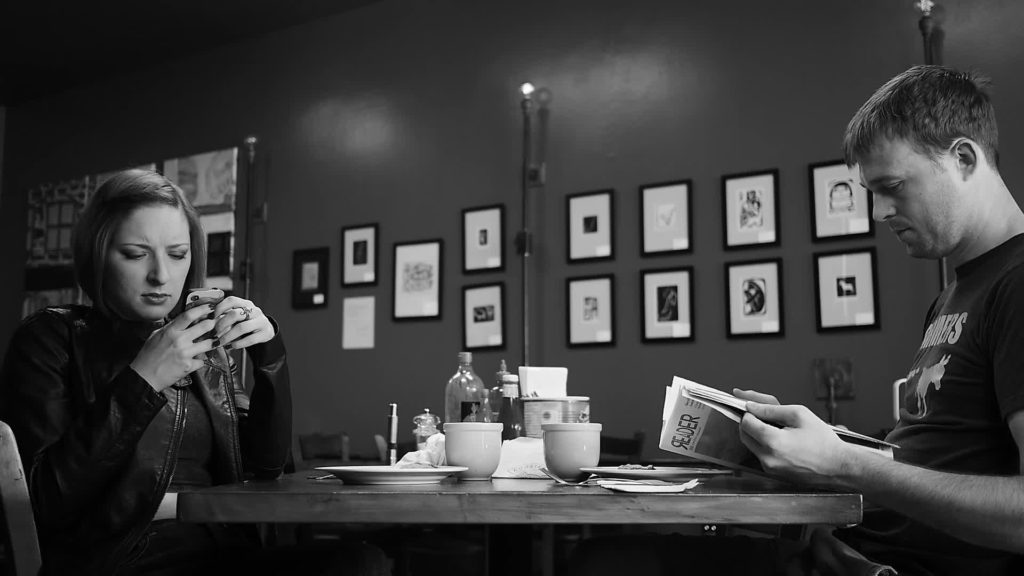 Michael Glover Smith’s debut feature, COOL APOCALYPSE (2015), was an intimate black & white comedy/drama that followed two couples over the course of a single day that culminated in a fateful dinner date. It’s a warm, funny, and perceptive little gem, the kind of film that used to be a staple in the indie film world before digital production made it considerably easier to crank out cheap horror on a tiny budget. Anchored by four solid lead performances and some sharp writing, COOL APOCALYPSE was a fantastic debut feature for Smith. It also set a relatively high bar for where he might go next, and now his second feature is here to answer that question.

MERCURY IN RETROGRADE follows three couples at very different stages of their relationships: Peggy (Najarra Townsend) and Wyatt (Shane Simmons) have been dating for a few months, Isabelle (Roxanne Mesquida) and Richard (Kevin Wehby) have been together for five years with no real commitment in sight, and Golda (Alana Arenas) and Jack (Jack C. Newell) have been married for ten years. Golda and Jack invite the other couples up to their remote cabin for a weekend away from the city, which will include a meeting of Jack, Wyatt, and Richard’s book club at the cabin while the ladies visit a nearby small town and scope out the dive bar that passes for nightlife there. The weekend starts off promisingly enough, but cracks begin to appear when the groups are separated early in the day before the book club meeting. When the evening split happens, the characters and their relationships are revealed to be much more complicated and difficult — and tragic — than they initially seemed, and by the end of the weekend they will all be irrevocably changed in some way.

Like COOL APOCALYPSE, MERCURY IN RETROGRADE is built on a rock-solid ensemble cast. This is an absolute necessity for a film like this, which consists almost entirely of lengthy dialogues between its characters. There are no car chases, explosions, or shambling monsters here, just a group of thoroughly well-drawn adult characters meaningfully interacting with each other. As fantastic as the whole the cast is, special mention must be made of Najarra Townsend and Alana Arenas for their excellent work in a pair of powerful and emotionally exhausting roles. The scene between Peggy and Golda in the small-town bar laying their souls bare to each other is simultaneously touching and harrowing, and neither of the actresses ever hit a false note. It’s an impressive feat both for the actors and for Smith behind the camera.

Trading in the classic indie black & white of his previous feature, Smith embraces vivid color schemes and long takes this time around. While nearly all of COOL APOCALYPSE took place in Chicago (and largely in one interior location), MERCURY IN RETROGRADE takes full advantage of its Upper Peninsula location and its gorgeous forests. Cinematographer Jason Chiu (who also shot Stephen Cone’s 2015 feature HENRY GAMBLE’S BIRTHDAY PARTY) makes the most out of a wide array of exterior locations–woods, open skies, small town–and some precisely defined interiors including the previously mentioned dive bar with its nightmarish neon lights and the dim cabin where the men drunkenly discuss The Glass Key by Dashiell Hammett. While their observations tell much more about themselves than the book they are purportedly talking about, the dark corners around them underline those parts of their personality they would prefer to keep hidden.

MERCURY IN RETROGRADE is a deeply thoughtful, carefully observed drama with a roster of exceptional performances. By the time the credits roll, many viewers will probably find themselves unwilling to part with some of the characters to whom they may have grown attached. Smith and his collaborators have greatly expanded on the strengths of his first feature, creating a powerful ensemble character study about adult characters who feel (sometimes uncomfortably) real. It’s the kind of film that demands the viewer’s careful attention, and rewards it in spades. A fully-realized slate of grown-up characters is a rarity in films at any level, and that alone would set MERCURY IN RETROGRADE above many of its contemporaries. But it’s the powerful specifics of each character’s story that makes this something truly special, and a film that no serious cinephile should miss. 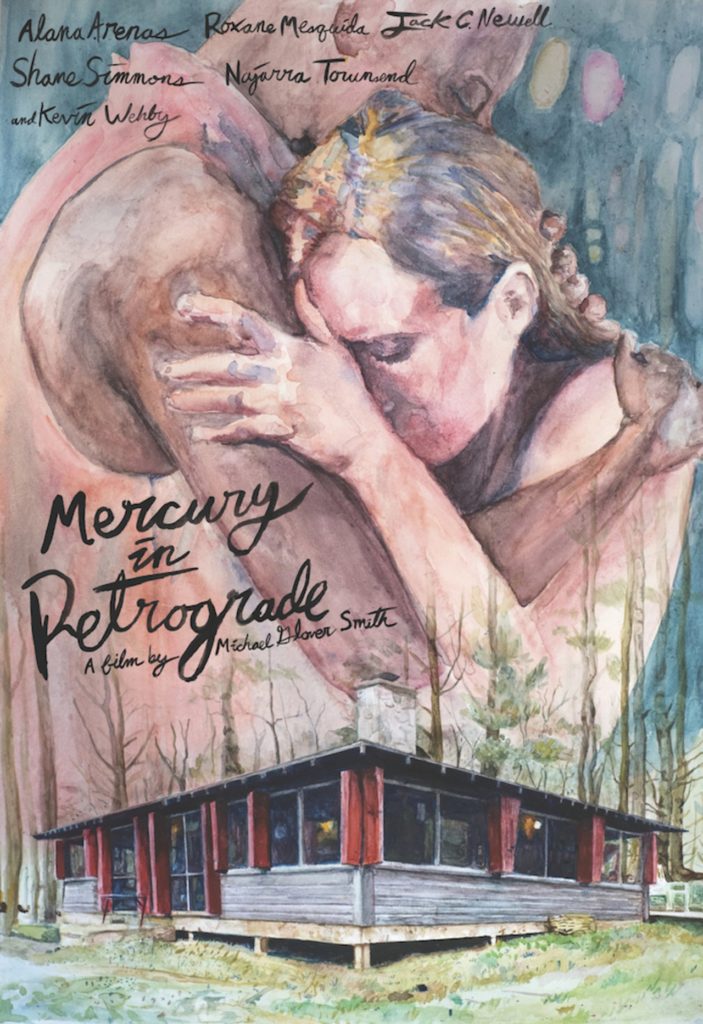 MERCURY IN RETROGRADE plays the 4th annual Oakton Pop-Up Film Festival in Des Plaines, IL, on Thursday, November 30 at 2pm. This screening is FREE and open to the public and will be followed by a Q&A with actors Najarra Townsend, Alana Arenas, Jack C. Newell, Shane Simmons, Kevin Wehby, and writer/director Michael Smith, moderated by film critic Pamela Kammer Powell. Get full information on the festival here: https://www.facebook.com/events/728188027389137/