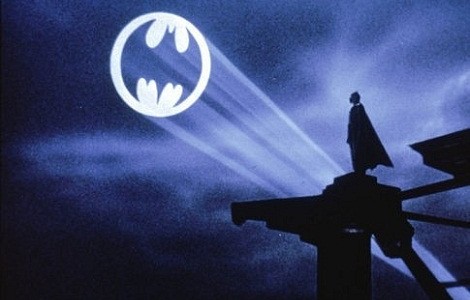 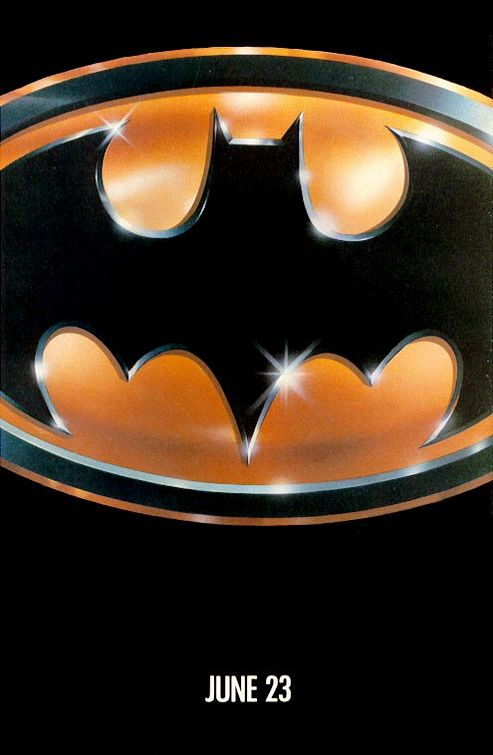 The first Tim Burton BATMAN film seems to have fallen quite a ways in fan-culture esteem. Some people now rank it alongside Burton’s flawed-but-still-special-in-my-humble-opinion follow-up, BATMAN RETURNS. Some people now act like they rate Burton’s BATMAN films alongside Joel Schumacher’s more obviously-problematic stabs at the franchise, which is just silly. 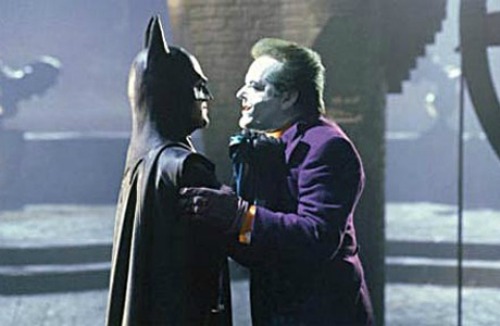 The argument seems to be that Christopher Nolan’s BATMAN BEGINS and THE DARK KNIGHT treated the character with the seriousness he deserves.  (THE DARK KNIGHT RISES treats him with way too much seriousness, but that’s a debate for another space.)  I appreciate what Nolan has accomplished, but he never would have been given the shot if Burton hadn’t blazed the way over a decade before with his dark, idiosyncratic interpretation.  Secondly, the character of Batman is durable, and open to all kinds of interpretations – that’s the same reason Batman easily survived Adam West and Joel Schumacher. 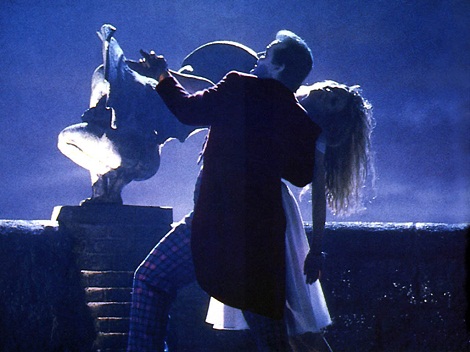 An iconic character is flexible enough to withstand experimentation, and Burton’s BATMAN was a grand experiment indeed. Like so much of Burton’s work, it’s pop art.  It’s huge and operatic, between Anton Furst’s unforgettable sets and Danny Elfman’s triumphant score, and it’s simultaneously intimate and deeply weird – see Bruce Wayne’s tendency to sleep upside down after a one-night stand, for example. 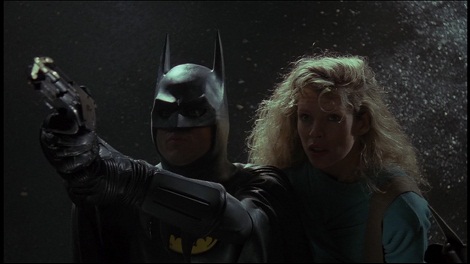 Speaking of which, and unlike most modern superhero movies, the idea of sex is always just adjacent to what’s actually happening.  The casting of actors like Michael Keaton, Jack Nicholson, and Kim Basinger has pervier implications than casting comparatively chaste personas such as Christian Bale, Morgan Freeman, or Anne Hathaway.  An accompanying soundtrack of songs by Prince also does the trick.  Michael Keaton is a sexier Batman than Christian Bale — he gets Kim Basinger halfway through the first movie, whereas it takes Christian Bale three three-hour movies to get any love scenes, and even then, he’s made to suffer for it. 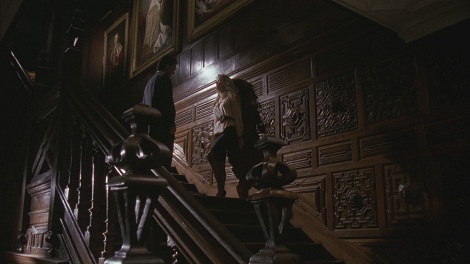 Tim Burton’s vision, along with Anton Furst’s architectural contributions, Bob Ringwood’s costuming, and Roger Pratt’s cinematography, all harken back directly to the style of 1930s German expressionism, which are in fact where Batman’s roots lie.  Or the Joker’s, at least.  (Bill Finger and Bob Kane famously based the Clown Prince’s look on the title character from 1928’s THE MAN WHO LAUGHS.)  So anyone who’d argue that Burton’s take somehow violated the character would do well to reconsider. 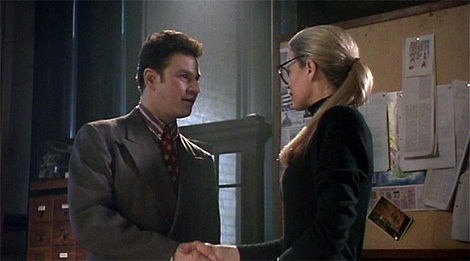 In 1989, all anyone could talk about was how modern and cutting-edge BATMAN was, but to look back, there’s something appealingly old-timey about the whole thing.  The newsroom scenes between Vicki Vale and her co-worker Knox (the ones I was bored by as a kid) definitely are aiming to have the snap of golden-era Hollywood dramas, and having Jack Palance around goes a long way towards throwing BATMAN back to the influential era of noir — Palance was the star of Robert Aldrich’s THE BIG KNIFE in 1955, among many other films that Tim Burton no doubt has more than a passing familiarity.  One of Burton’s most charming and admirable traits is his affection for, and casting of, classic old-Hollywood actors, which is one reason why, as soon as it arrived, BATMAN had the feel of a classic about it. (Also, I was twelve and it was rad.) Whether or not it’s retained that classic feel is obviously a bone of contention amongst Batman nerds, but it’s clear by now where my bone is standing. 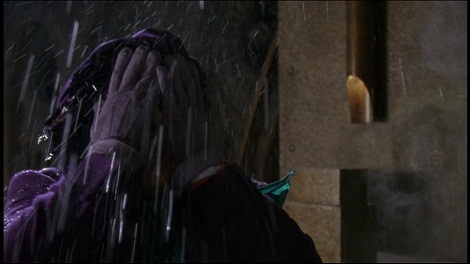 I dig Nolan’s more grounded, philosophical take, but long before that ever came to pass I loved Burton’s expressionistic, heightened take. And I still do.  Is that really so wrong? 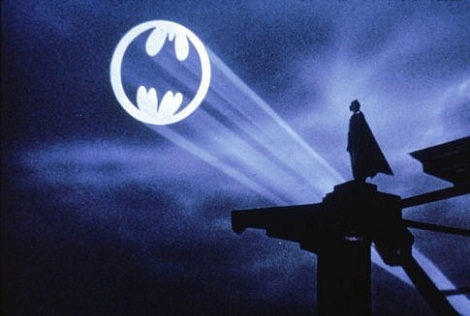 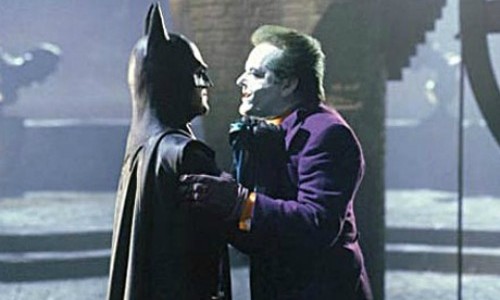