Vinegar Syndrome tested the waters of limited edition Blu-ray releases earlier this year with their limited double feature set of THE JEKYLL AND HYDE PORTFOLIO and A CLOCKWORK BLUE, and the response was positive enough that they have given another niche title a shot at Blu-ray. Like that set, the film released here is one that is likely to appeal to a fairly small audience: RUNAWAY NIGHTMARE is a very odd super low-budget film originally released in 1982, and when the film found its way to home video, unscrupulous distributors shot extra scenes of nude women (on VHS!) to insert into the film. This new release restores the film to filmmaker Mike Cartel’s intended version, which is a lot harder to define without the utterly gratuitous nudity. 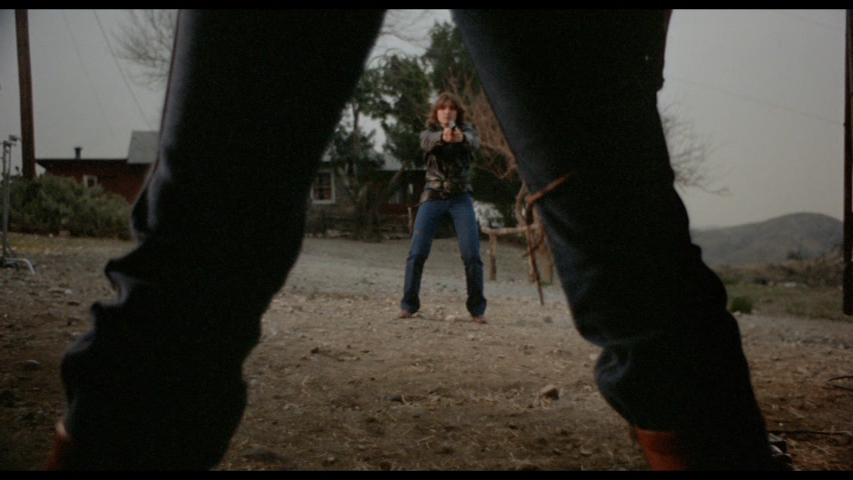 Ralph (writer/director/editor/producer Mike Cartel) and Jason (Al Valetta) are business partners running the Death Valley Worm Ranch. One day while hanging out in the desert, Jason bemoans the fact that nothing interesting ever happens in the desert. Seconds later, Ralph sees a truck pull off the barely-defined dirt road in the distance and two men bury a large box in the sand. When the men leave, Ralph and Jason go dig up the box and find an unconscious woman inside. They take her back to the Worm Ranch, and soon find themselves surrounded by a large group of well-armed, angry women. The women take Ralph and Jason with them back to their desert compound, and the two men eventually find themselves in the middle of a conflict between the women and the crime syndicate they double-crossed with both parties after suitcase full of platinum. 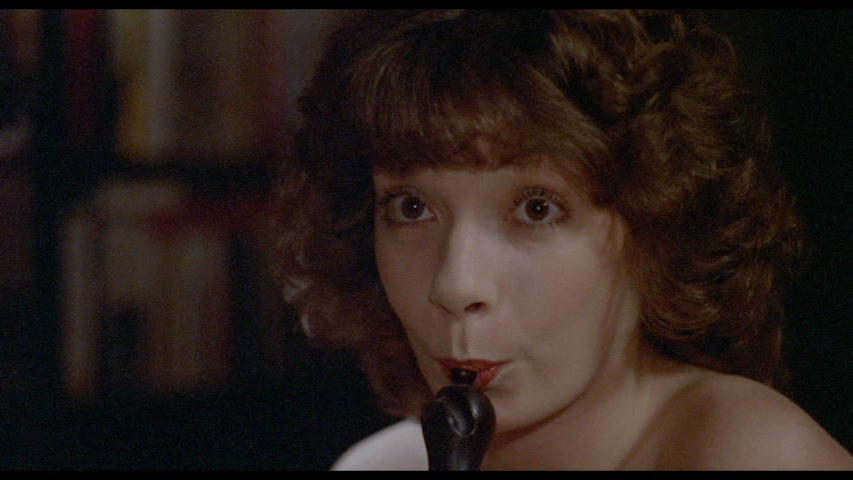 While this may sound relatively straightforward, RUNAWAY NIGHTMARE is much weirder than any plot synopsis could really convey. After the two men are taken to the women’s compound, not a whole lot happens. Seemingly half of the movie is made up of shots of characters surrounded by complete darkness, the dialogue feels stilted and disconnected, and it takes a good long while before the film circles back around to any semblance of a plot with the most laid-back warehouse heist in film history. The ladies take Jason as a sex slave almost immediately, but Ralph is always on the outside of the action, just wanting to sleep, while one woman threatens to kill him if he “molests” any of the women and another keeps trying to seduce him. RUNAWAY NIGHTMARE, true to its title, unfolds with a frequently humorous dream logic, all the way to its inexplicable conclusion. 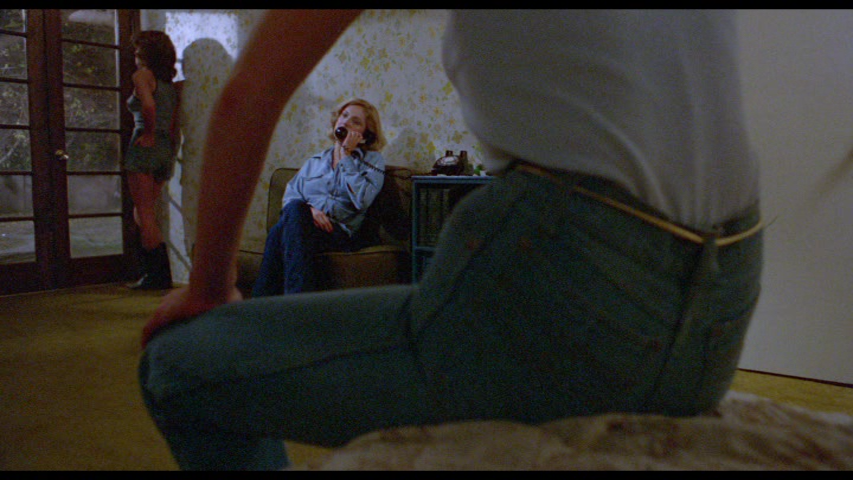 While it is technically a much better-made film, RUNAWAY NIGHTMARE shares some similarities with Doris Wishman’s A NIGHT TO DISMEMBER, which was released around the same time. The surreal tone and dreamlike proceedings are much more intentional than in Wishman’s film, as is the humor. However, both films use black backgrounds to distort the audience’s sense of space and time, and they both use editing in interesting and sometimes disorienting ways. RUNAWAY NIGHTMARE is considerably more accessible than that film, though, and it’s not hard to imagine it doing very well as a midnight movie for adventurous theaters doing retro programming. 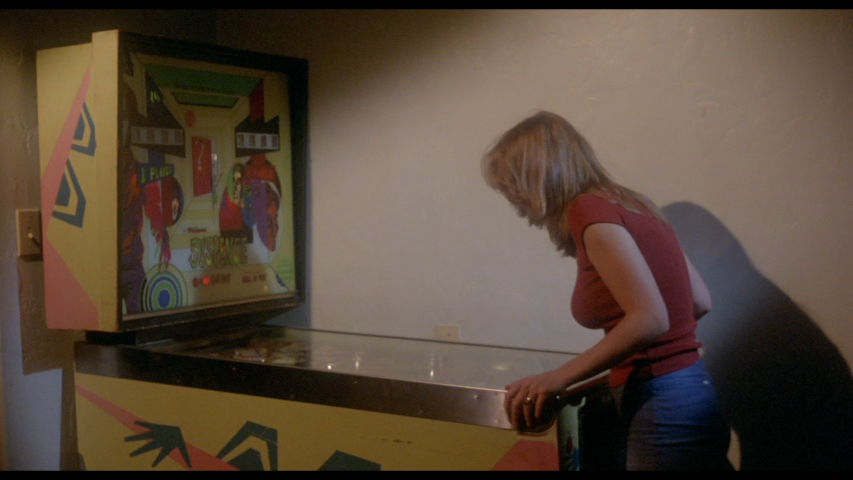 Vinegar Syndrome has restored RUNAWAY NIGHTMARE in 4k, scanned from the original 35mm negatives, and the Blu-ray presentation is fantastic. Fans of film grain are going to be really excited about this transfer, but if you’re looking for a super-sharp digital image you probably aren’t in the market for this in the first place. The limited Blu-ray features the exact same bonus content as the standard DVD release: the alternate VHS scenes that were cut into the film for its home video release, and a lively commentary track with Mike Cartel, Mari Cartel, Vinegar Syndrome’s Joe Rubin, and film historian Howard S. Berger. 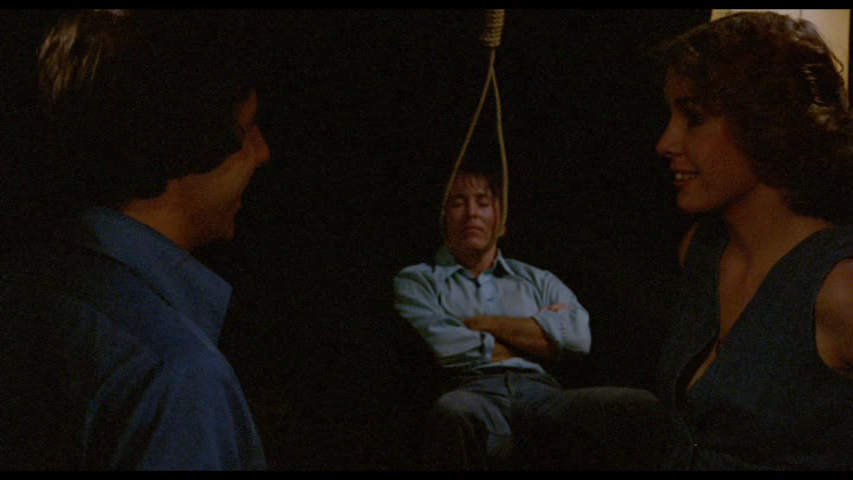 While it certainly made sense for Vinegar Syndrome to release THE JEKYLL AND HYDE PORTFOLIO and A CLOCKWORK BLUE in limited edition Blu-ray form, given the limited audience for those films, it seems that RUNAWAY NIGHTMARE is the kind of cult oddity that will likely find a much wider audience once word gets out about it. If that’s the case, future demand for this Blu-ray set will be very high, and justifiably so. If you are a fan of weirdo regional American filmmaking, the RUNAWAY NIGHTMARE Blu-ray should be high on your wish list. This special edition is available exclusively through Vinegar Syndrome’s web site, Diabolik DVD, and at film conventions that Vinegar Syndrome will be visiting this year. The standard DVD version is available wherever Vinegar Syndrome product is sold.