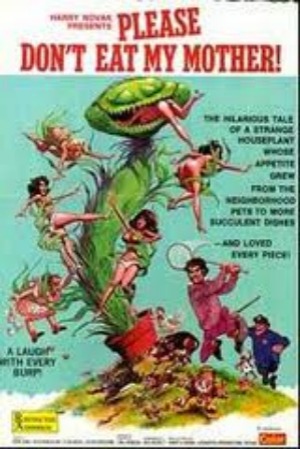 The first time I watched Please Don’t Eat My Mother, about 15 years ago, I was still pretty new to the nudie-cutie scene. I had seen a few, but none hit me as hard as PDEMM did. I was addicted and my collection exploded exponentially after watching this Boxoffice International release. I was on a quest to find and watch the most ridiculous of the nudie flicks and I have to admit that very few have topped PDEMM in that time. Harry Novak put out a LOT of nudie flicks too! Just something about this one that hit me like a ton of bricks and nothing ever really replicated that feeling in me. I imagine it’s like being a pot smoker all your life and then taking that first hit of heroin.

Please Don’t Eat My Mother is the story of a sad sack, pathetic loser named Henry. Poor Henry lives with his mom and plays peeping tom every chance he gets. I WISH I lived in the world of Henry, everywhere he goes he gets to watch beautiful women have sex. They’re everywhere, and based on the timelines set up by the movie, they apparently can go at it for days at a time! Henry supposedly works a job, but they never show him there. We just know that on his lunches he watches people fuck. When he’s not watching ladies get hot and bothered in public, he’s getting hit on by every gay man in town. Now that’s an aspect of Henry’s life I can relate to. A big hairy guy like me, the “Bears” love me. 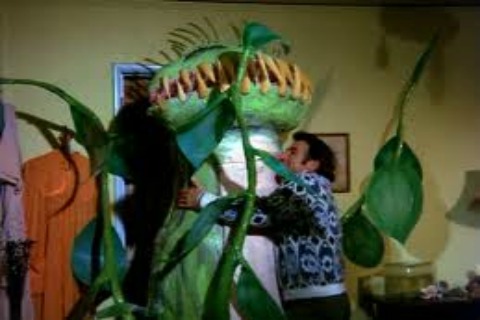 Henry’s mother henpecks him to no end. She’s truly an obnoxious character you will feel no love for and when she’s gone you WON’T MISS her! For some reason Henry decides the perfect companion would be a gulping (and eventually talking) plant he finds at a local florists. Should I even have to mention that, of course, the florist is flamboyantly gay and hits on Henry? Henry takes the plant home and feeds it some “pro pro grow”. The plant (eventually nicknamed Eve) grows and eventually pro pro grow isn’t good enough and takes the natural next step to flies, then frogs, then dogs/cats, and lastly to the obvious choice of people.

If you haven’t guessed it yet PDEMM is an Adult version of Little Shop of Horrors though borrows few things from the original. The plant and the pathetic loser are basically it. The plant eating people story is really just an excuse to keep bringing people back to the nude scenes. There are basically three peeping-tom scenes, but each of those is cut up into a few segments so the same scene is watched by the viewer over what’s supposed to be two to three days of Henry’s life. The first one involving a young couple in a car. It’s supposed to be a man and his babysitter, how does this guy’s wife not notice that he’s gone for three days? I would suspect that the girl’s family would wonder where she’s been too? These are ultimately things you shouldn’t be thinking about, you should be stroking your dick/clit/tentacle/uh…protuberance? The scenes get progressively more and more hardcore and the final sex scene of the film with the lovely Rene Bond, I’m fairly certain that she’s getting full penetration. 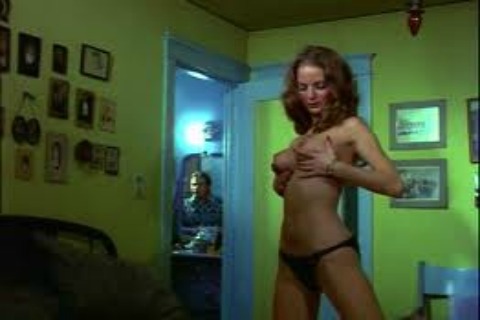 My favorite moments of the film are when the guy from the first sex scene breaks the fourth wall to lick his lips before going down on the babysitter and when Henry discovers another guy sitting in his peep spot. The other peeper shares Henry’s lunch with him and feels up his leg while watching the couple fuck. Buck Kartalian (who plays Henry) plays off these awkward homosexual come-ons with comedic genius. Buck is always one of those actors that I would watch just about anything he was in and Please Don’t Eat my Mother is mostly to blame for that. Buck did some pretty mainstream films in his career too. He played Julius in the original Planet of the apes and was in Cool Hand Luke to name a few. As of 2006 he was still working too, I always liked to call him Mel Brooks lite. They have a similar look and sense of humor.

5 People eating plants out of 5

Drink up, we’ve got movies to watch,