I kept putting this list off, with the idea that I would eventually see all of the films that I wanted to, the ones that were on everyone’s top 10 list that I felt guilty about not having watched.  I haven’t seen THE WOLF OF WALL STREET.  I haven’t seen HER.  I haven’t seen AMERICAN HUSTLE.  I haven’t seen THE ACT OF KILLING or MUD or GROWN-UPS 2.  Give me a break, it’s really damn cold out there!  I did see ESCAPE FROM TOMORROW, and you know how well that worked out for me.

I’ve never seen all of the movies from one year that I wanted to see by January of the following year, so my true “Best of 2013” list should be available sometime around, oh, let’s say 2028.   In the meantime, here are the ten films theatrically released in 2013 that impressed me.  The ten films that I kept thinking about days after the credits rolled.  The ten films that I thought were just pretty darn good.

They’re presented an alphabetical order because, seriously, you try to compare BLUE JASMINE to MANIAC. 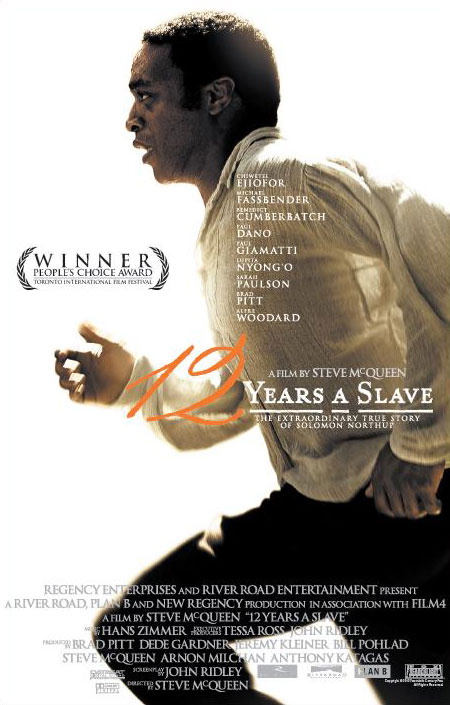 Director Steve McQueen’s film based on Solomon Northup’s autobiography often became so prominent in the media as a catalyst for discussion topics about race and film audiences that the talk about who actually went to see it (and even who was being presented as the star) often overshadowed the film itself. It’s a shame, as it’s a hell of a work, one that manages to portray the life of a free man enslaved for years on a Louisiana plantation with a storytelling capacity that treats even the most unsympathetic of characters and the most harrowing of situations with a humanity that never becomes exploitation. 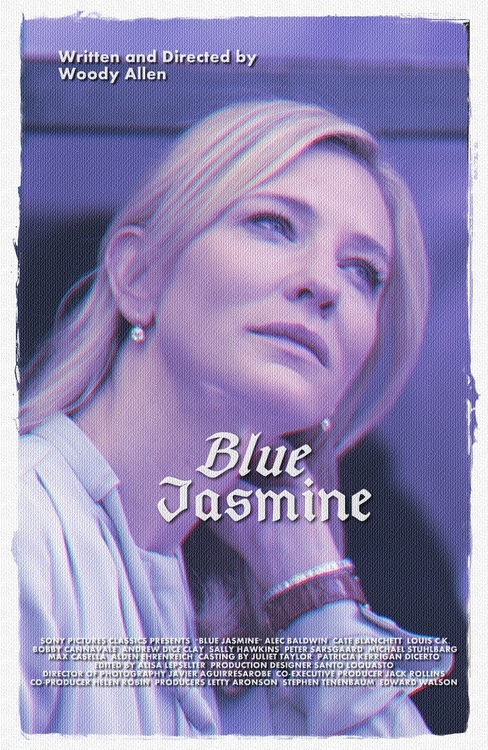 I love it when Woody Allen goes dark. In BLUE JASMINE, Allen delves into the psychological depths with a grace he hasn’t had since HUSBANDS AND WIVES, as Cate Blanchett’s title character arrives in San Francisco to live with her sister. Beautifully commenting on the class issues American films rarely address, JASMINE features great performances and enough stunningly haunting moments that it becomes an emotional car wreck you can’t turn from. 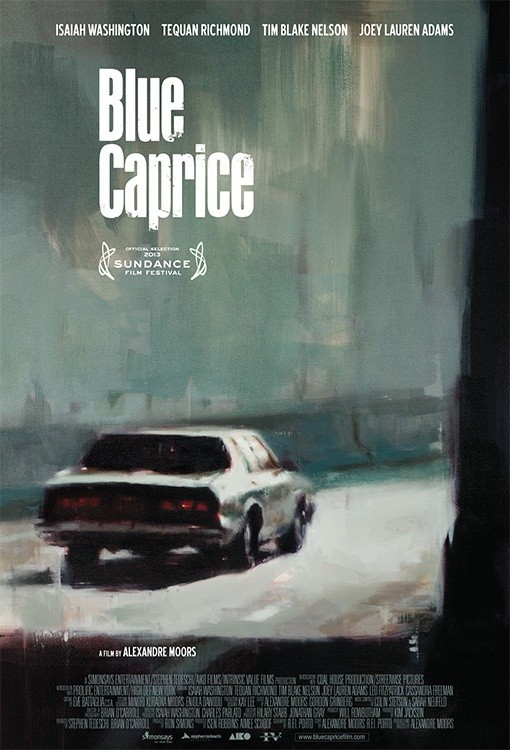 Alexandre Moors’ fictionalized narrative about the D.C. Beltway sniper attacks of 2002 could have gone for the easy way out and been a tense film about the shootings themselves. Instead, the shootings are barely depicted, and instead the focus is on John and Lee, the pair who carried out the attacks, in the period up to the event, allowing for Isaiah Washington and Tequan Richmond to turn in Oscar-worthy performances as the film depicts their relationship while quietly touching on enough issues of race and class in a more assured fashion than just about anything else I’d seen last year.

There’s something to be said for a movie that just does everything right, even if the only thing new it brings to the table is the combination of concepts. EUROPA REPORT is essentially a found-footage version of ALIEN, but director Sebastián Cordero approaches it with the sense of wonder of THE ABYSS, and gives it a visual flair that’s light years beyond most “found footage” flicks. There’s nothing remarkable about the plot of EUROPA REPORT, but Cordero’s approach and the sincere performances make this a sci-fi film that genuinely takes itself seriously, and that’s a rare thing indeed.

On paper, FRANCES HA should be excruciating — a black and white character-driven film about a New York dancer who make a lot of mistakes, but she’s so cute and quirky! It’s the very definition of “twee,” but Noah Baumbach pulls it off, and with the help ofd Greta Gerwig, lead character Frances becomes a fully-developed, completely compelling character whose world you understand completely. It’s sweet, funny, and so painfully identifiable that it will bring back all the stupid mistakes you made in your 20s. 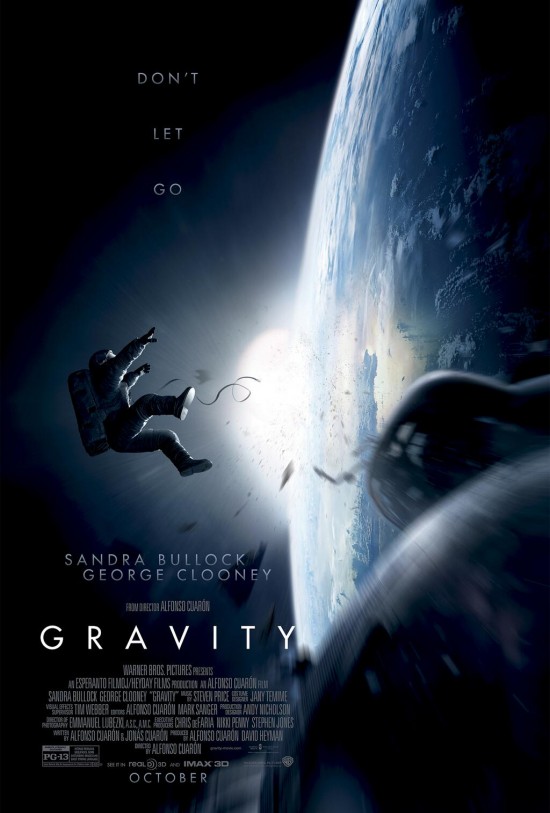 You shouldn’t use the word “spectacular” unless something can be described as a spectacle. GRAVITY is spectacular. 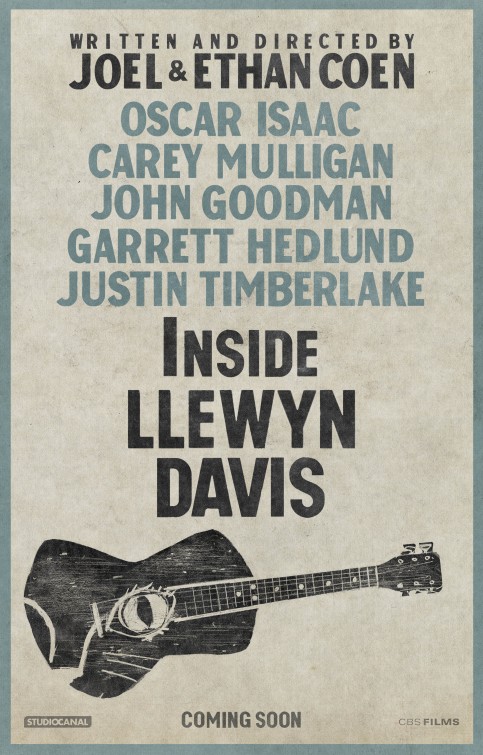 The folk music in INSIDE LLEWYN DAVIS is wonderful, but what I most appreciated about the Coen brothers’ tale of a struggling folk singer (played by singer Oscar Isaac) is the way it depicts a fascinating place and era known for the many famous acts it produced from the perspective of the outsider. Isaac’s Davis is talented, but it quickly becomes obvious that he’s never going to be a huge success due to his own internal issues along with some that are beyond his control, and it’s a tale that is lived so much more frequently than that of a performer’s rise to fame, but so infrquently told on screen, and even more rarely with the amount of talent involved. 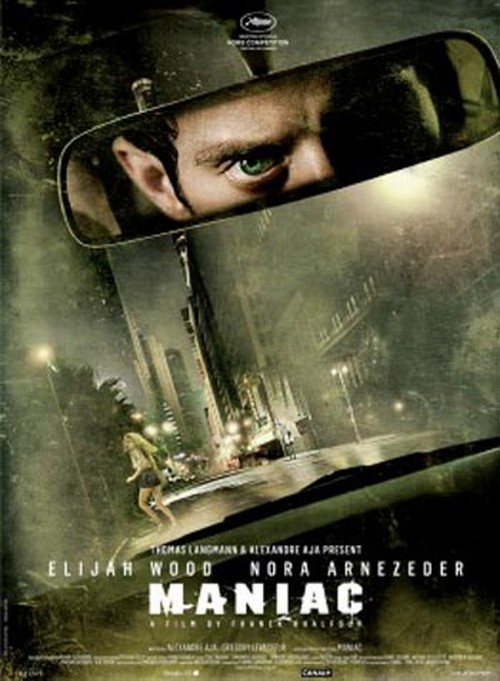 I wrote an extensive write-up of MANIAC here, but I still think it’s a pretty astounding movie. I also still think they shouldn’t have used “Goodbye Horses.” 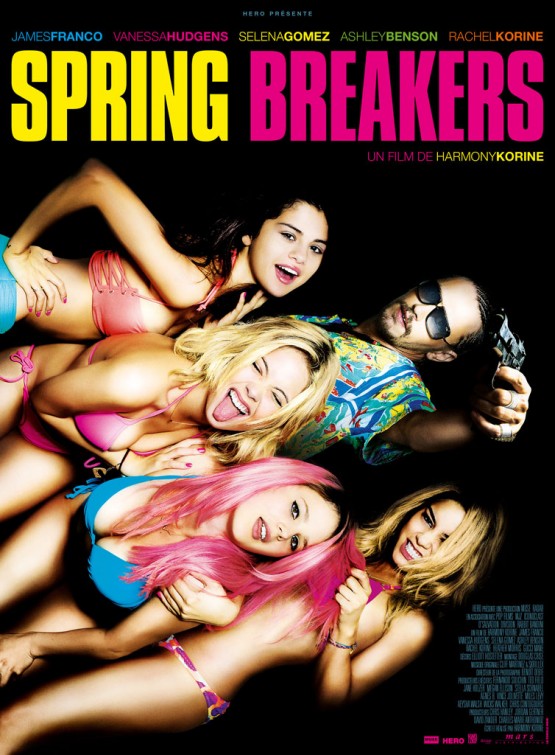 I’ve got such mixed feelings about Harmony Korine. I loved TRASH HUMPERS, hate GUMMO and usually cite JULIEN DONKEY-BOY as my favorite of his films, just because it feels the most focused. SPRING BREAKERS, however, broke that opinion, as Korine creates a vivid, deranged almost satirical take on a “Girls Gone Wild” film that entertained me every step of the way. Is it a deep, meaningful take on the violent fetishizing of youth culture? Is it an excuse to have a bunch of Disney kids in bikinis holding guns? I don’t care. I just love it.

Another terribly divisive film, this. I’ll go on record as thinking UPSTREAM COLOR is a better film than PRIMER, Shane Carruth’s first film that received plenty of raves despite not making a whole lot of sense. UPSTREAM COLOR may not be linear either, but it feels more complete, and certainly interpretations can be made as to exactly what it all means. Those interpretations don’t have to jibe with anyone else’s, and it’s hard to argue that UPSTREAM isn’t one haunting, visually amazing ride that often feels emotionally draining even if you’re not quite sure why.  I wrote more about it here, if you’re so inclined.