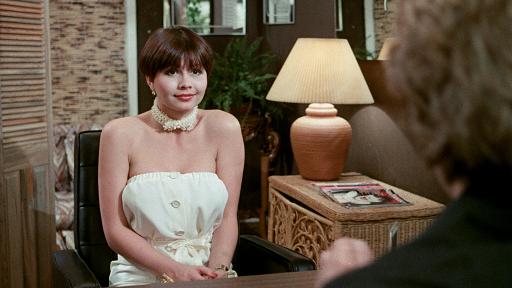 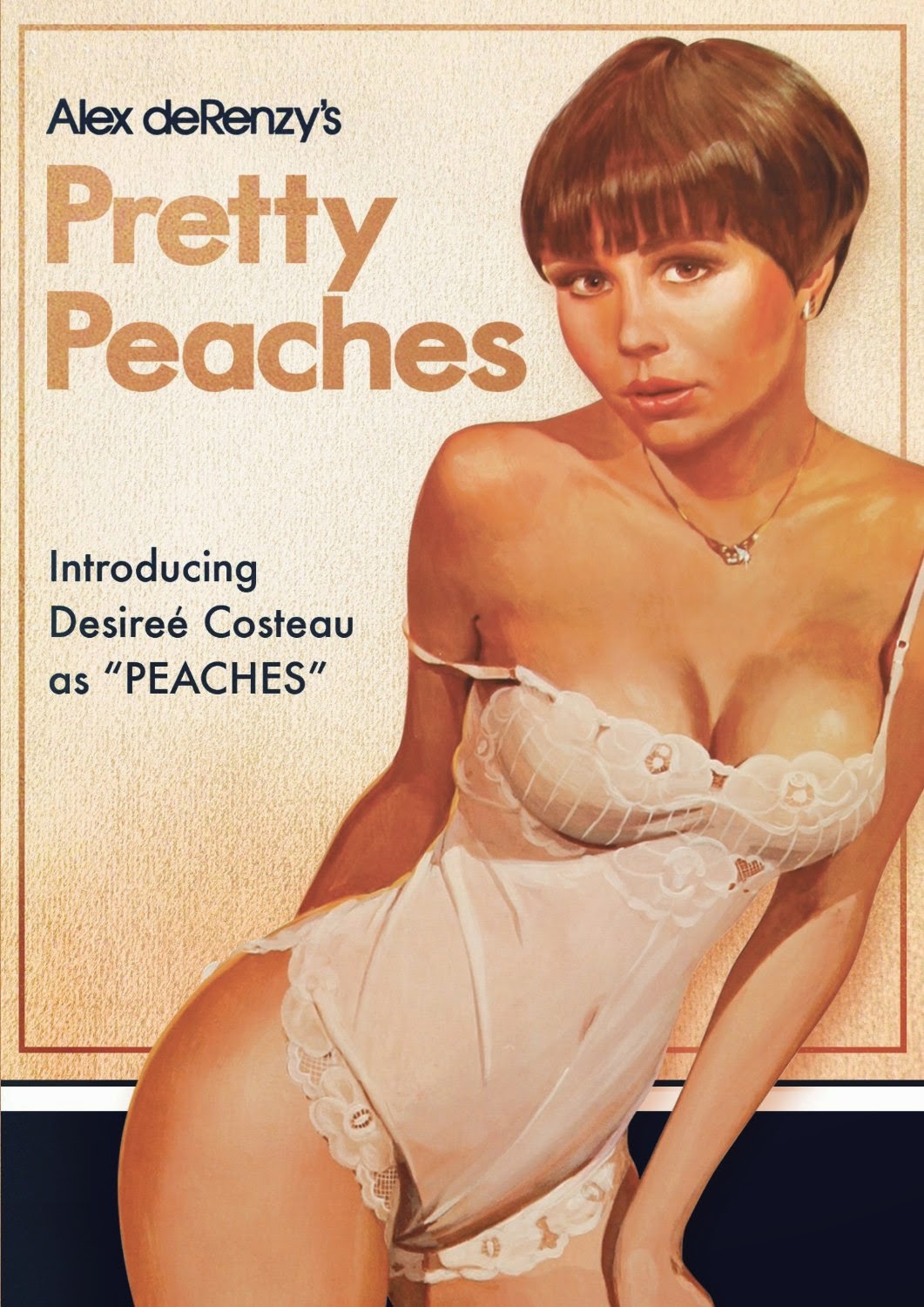 Fans of classic era adult films were excited when Vinegar Syndrome announced plans to release many films by the legendary Alex deRenzy, and their first release in the “Films of Alex deRenzy” series (a double feature of PRETTY PEACHES 2 and 3) was one of the best in the Peekarama line yet. It was also a savvy move on the part of Vinegar Syndrome, as those films are well-made and funny but none of their sexual content is too far removed from the other releases in the Peekarama line. By introducing newcomers to more accessible features by deRenzy, they created more anticipation for their future releases by the late filmmaker. Their latest deRenzy release is a limited-edition Blu-ray/DVD combo of 1978’s PRETTY PEACHES, widely considered one of the best X-rated comedies ever made, and it’s interesting on a number of levels; not least of which is the contrast it illustrates between adult films made in the ’70s and those made in the ’80s.

Peaches (Desiree Cousteau) barely makes it to the wedding of her dad Hugh (John Leslie) and his new bride Lily (Flower) at a small wedding chapel/casino. After the wedding, Peaches, Hugh, and Lily all play slots and Peaches has a few too many complimentary shots. She stumbles off in a huff and drives her Jeep off a road and into a tree near where Terry (Ken Scudder) and Kid (Joey Silvera) are trying to get their broken-down station wagon started. Terry and Kid take the unconscious Peaches out of the vehicle, and Kid rapes her while Terry nervously sits in the Jeep. When Peaches wakes up, she has amnesia, and the guys convince her that they found her sleeping by the side of the road when they drove by in their jeep. She agrees to join them on their trip to San Francisco, where they claim they will help her recover her memory.

From this point, naive amnesiac Peaches finds herself in a series of bizarre situations with people who want to take advantage of her while Hugh frets about what has happened to her—although not enough to avoid some enthusiastic sex with his new bride and his jealous maid Katia (Juliet Anderson). While Hugh is enjoying himself, Peaches has a run-in with an enema-happy “doctor,” is tricked into taking part in a lesbian orgy sex show, and finally meets a handsome psychiatrist (Paul Thomas) who may actually be able to help her regain her memory. Meanwhile, Terry and Kid hatch a scheme to get a reward for Peaches in between rounds of sex with a couple of blondes they picked up while Peaches was out looking for a job. The action culminates in a swingers’ party held by the psychiatrist in Peaches’ honor, to which Hugh and Lily were invited and Terry and Kid decide to crash. Needless to say, it probably isn’t going to end well.

As problematic as PRETTY PEACHES may be for modern audiences, there is no questioning the film’s technical excellence. Especially in this beautifully restored Blu-ray, the only notable difference between PRETTY PEACHES and major studio films of its era is the hardcore sex. deRenzy was an auteur whose work was marked by his cinematic artistry and his interest in pushing boundaries, and PRETTY PEACHES is an excellent example of his work at its best. In addition to the spectacular restoration of the film, this set includes the only known video interview with deRenzy, a 19-minute piece in which he discusses his early career. Also included is an 11-minute interview with film historian Ted Mcilvenna and trailers for other deRenzy films. Vinegar Syndrome will be re-releasing the film in a DVD-only set early in 2015, but fans of deRenzy in particular and of 70s adult film in general will want to make sure to grab the limited edition Blu-ray set before it’s gone.