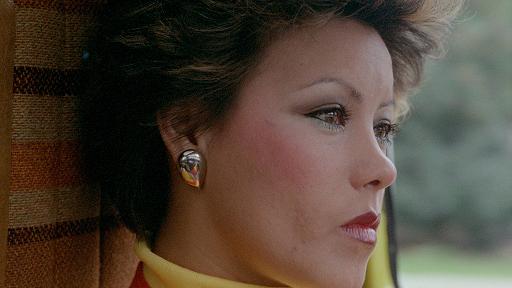 Among the many adult films released by Vinegar Syndrome, the films of Carlos Tobalina have stood out for their obvious preoccupation with very particular types of sex scenes: namely, orgies. The prolific and hugely successful adult filmmaker directed nearly 50 films over the course of his career, and Vinegar Syndrome has released several of his films in both standalone discs (MARILYN AND THE SENATOR, JUNGLE BLUE) and  Peekarama double features (THE ULTIMATE PLEASURE and I AM ALWAYS READY, ORIENTAL HAWAII and MAI LIN VS. SERENA). In October and November, they released two more double features of Tobalina’s mid-70s films, and they have confirmed that more Tobalina titles are on the way in 2015. Whether Vinegar Syndrome are particular fans of Tobalina’s or they sell really well, there’s no disputing that his films are heavy on the group sex and light on everything else. The latest two Peekarama double features don’t do anything to challenge that assumption.

This goes for the second film on this disc, HER LAST FLING (1976), as well. Sandy (Sandy Feldman) is told by her doctor that she has only weeks to live, so she heads to Las Vegas to spend the last of her days in carnal ecstasy. This basically means we watch Sandy in the midst of an orgy scene, again featuring big name performers like Annette Haven, Candida Royalle, Paul Thomas and John Holmes as anonymous participants. Every once in a while there’s a little break where we watch Sandy wander the Las Vegas strip and think to herself, and then it’s back to the action. No points for guessing how this one turns out, but if you suspect a film from the guy who apparently believes group sex can fix all your physical and mental health problems does not end with its main character dying from some horrible illness, you will probably not be surprised.

Vinegar Syndrome presents all four films in fantastic transfers, all sourced from the films’ 35mm camera negatives. Each disc also includes the trailers for both films. There’s no room for complaint on the presentation of the films at all—this is as good as any of these films have looked since they first hit the big screen. The issue is that if you’re not into the same kind of thing Tobalina is into, these films will likely bore you. There’s certainly a place for this kind of basically plotless sex film among the more cinematically-inclined adult features of the 70s and 80s, and no doubt plenty of films of this type that are made with less care than Tobalina’s films. If this is your kind of thing, these two double feature discs should be at the top of your shopping list. However, if you like a more even ratio between a film’s plot, character, and dialogue and its sex, there are plenty of other Vinegar Syndrome releases that you will find more engaging than these.