HEY BASTARDS. Welcome to another edition of PSYCHOTRONIC NETFLIX! This week we’re looking at the youth of today and the havoc they get into! 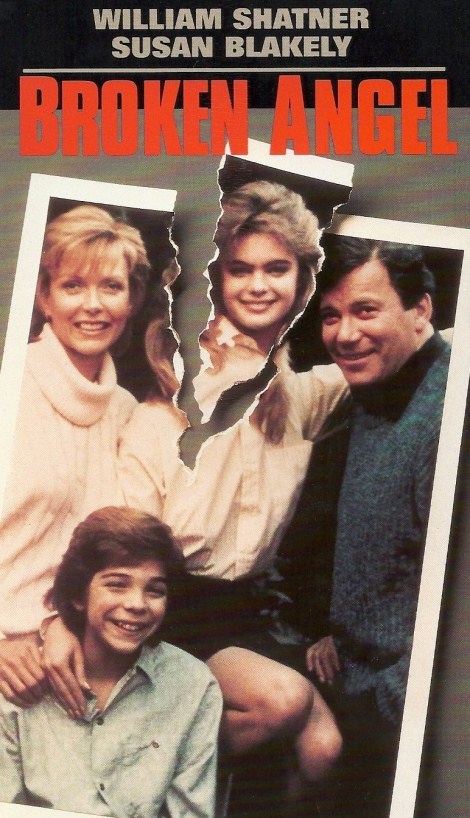 Life has got to be tough when you’re a pre-UNDER SIEGE Erika Elaniak and you get involved with a crack-dealing gang. Good thing your dad is William Shatner, and he can get you out of this mess! Susan Blakely, Brock Peters and ELM STREET 3 and 4’s Rodney Eastman star in this lurid flick from the TV-movie archives. 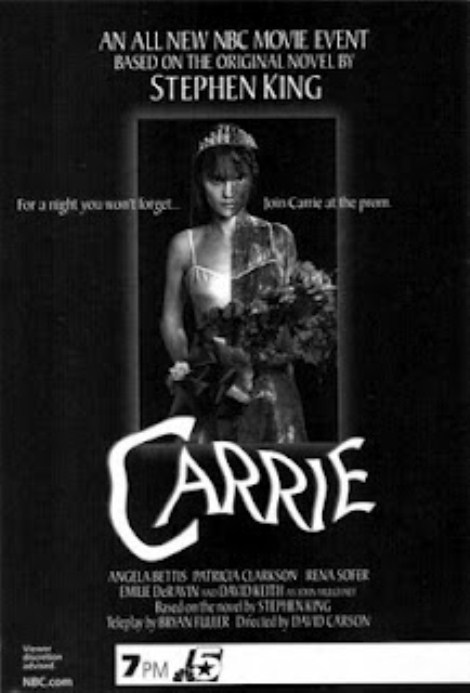 Also made for TV, this remake of Brian De Palma’s horror classic, written by Bryan Fuller, got a fair share of scorn, and it’s not great, but Angela Bettis is excellent in the lead. Watch it now before the remake gets made! 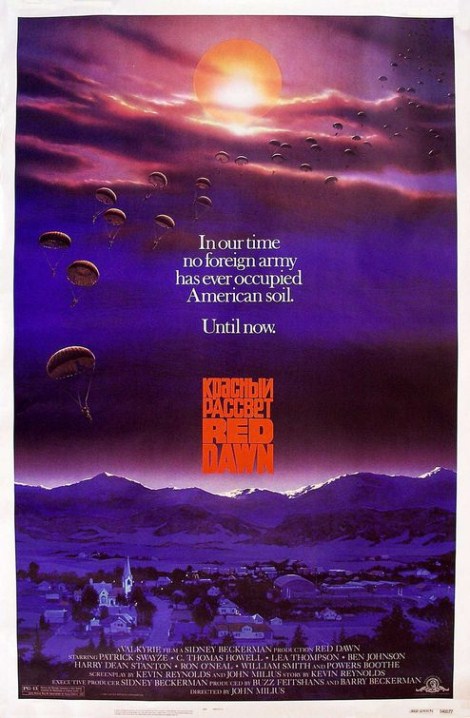 Though, judging from how long the remake of this has been sitting on the shelf, it may be a while. Sure, everyone loves this for its ridiculously dated story of a group of high schoolers who fight back against a Russian invasion in their small town, and this kids (Patrick Swayze, C. Thomas Howell, Jennifer Grey, Lea Thompson, Charlie Sheen) are great, but the adults are even better! Powers Boothe! Ben Johnson! Harry Dean Standon! William Smith! Ron O’Neal! Even THE APPLE’s Vladek Sheybak! 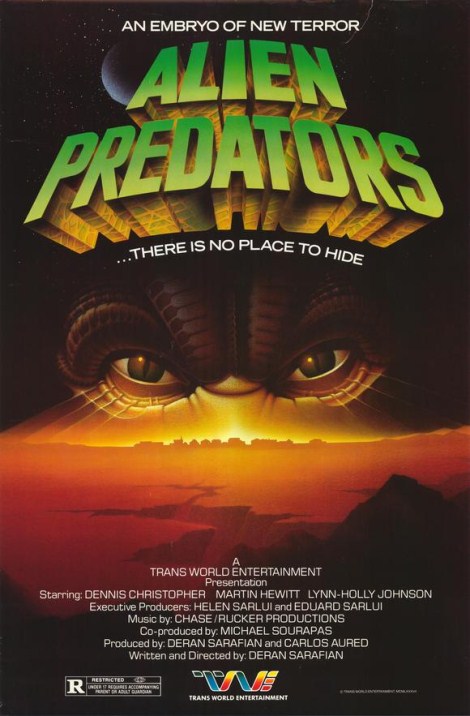 Listed in Netflix under the title THE FALLING, this is a perfect example of the sort of tedious, mind-numbing crap that video store customers got suckered into renting in the ’80s. Dennis Christopher, Martin Hewitt (KILLER PARTY) and Lynn-Holly Johnson star in this tale of three teenagers in Spain that encounter an alien entity infecting people after a piece of Skylab lands. Enjoy the nostalgia of disappointment! 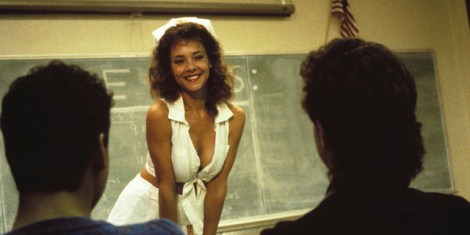 Richard Gabai, interviewed in the recent SCREAMING IN HIGH HEELS, directed this USA Up All Night staple about a Catholic Girls’ school where one girl (Linnea Quigley) lords over the others because of her special connections with the staff. With Burt Ward, Michelle Bauer and a pre-Apatow Leslie Mann. 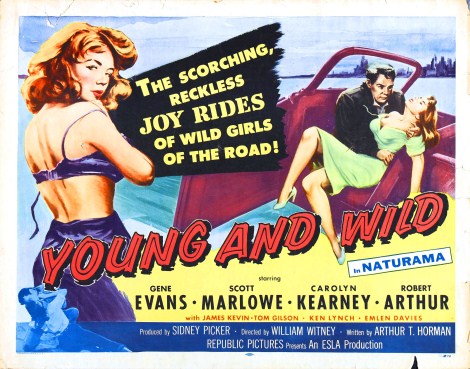 William Whitney (DARKTOWN STRUTTERS) directed this JD flick about two hoodlums on a joyride, lifted above the norm by having some decent police work involved, courtesy of cop Gene Evans. 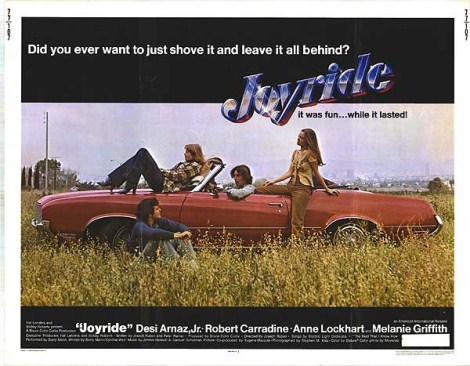 If you like your joyrides a little less sadistic, however, you can check out Joseph Ruben (THE STEPFATHER)’s minimalist drive-in flick about four kids that head north from California and break into a house in Alaska. With Desi Arnaz Jr., Robert Carradine, Melanie Griffith and Anne Lockhart. 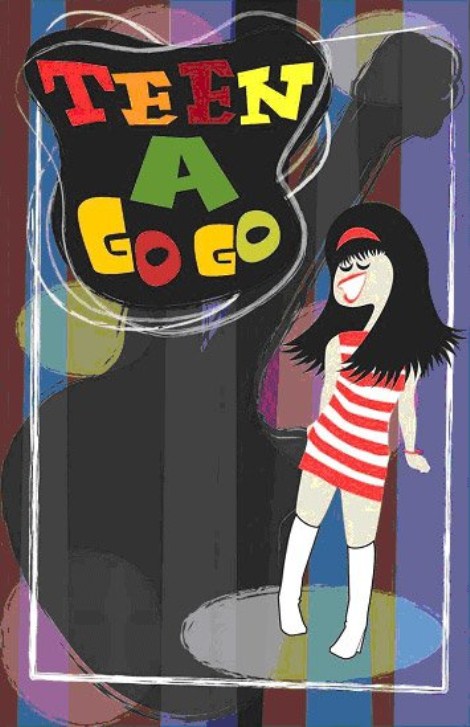 Not all teens are out to commit felonies, of course. Some just want to rock out, as evidenced in Melissa Kirkendall’s sweet documentary on the youth music movement of the ’60s, featuring lots of nifty archive footage. 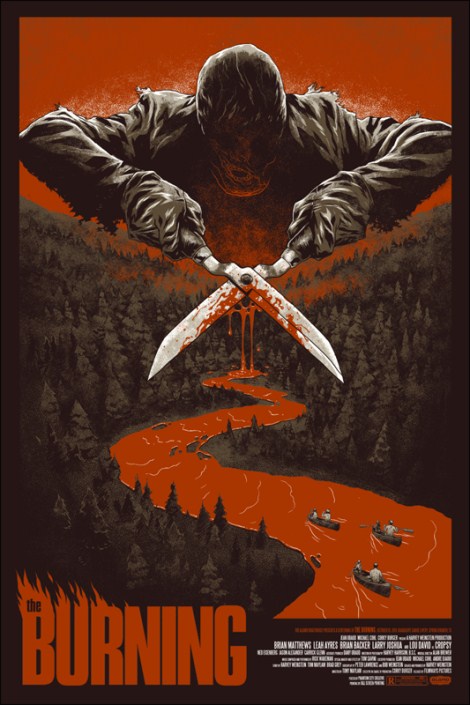 But what’s a column about teen movies without at least one where they get ripped apart to shreds by an unseen killer? Tony Maylam’s classic slasher flick about a group of campers getting hacked up in the woods was overshadowed by FRIDAY THE 13TH for years, but it’s now come into its’ own as a fine example of the genre. With future stars Jason Alexander, Fisher Stevens and (blink and you’ll miss her) Holly Hunter. 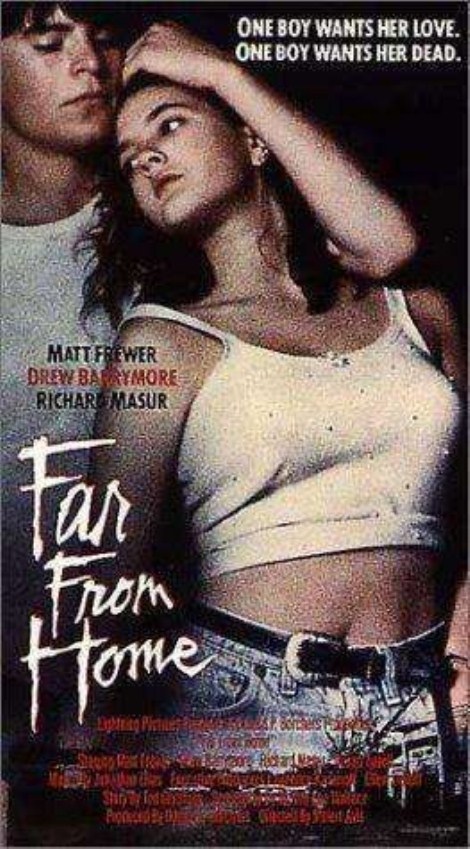 Not to be confused with the similarly-titled movie about a yellow dog, this underseen trailer park thriller marked Drew Barrymore’s first post-recovery film as she plays a teenager who lives with her father (Matt Frewer) when their car breaks down in a small Nevada town that houses a serial killer. With Anthony Rapp, ELM STREET 4’s Andras Jones, the late, great Susan Tyrell, Richard Masur, Dick Miller and Jennifer Tilly.