HEY BASTARDS. Welcome to another edition of PSYCHOTRONIC NETFLIX! This week we’ll be looking at movies about the making of movies, and in most of them, the aspiring filmmakers discover that filmmaking can be hazardous to their health! 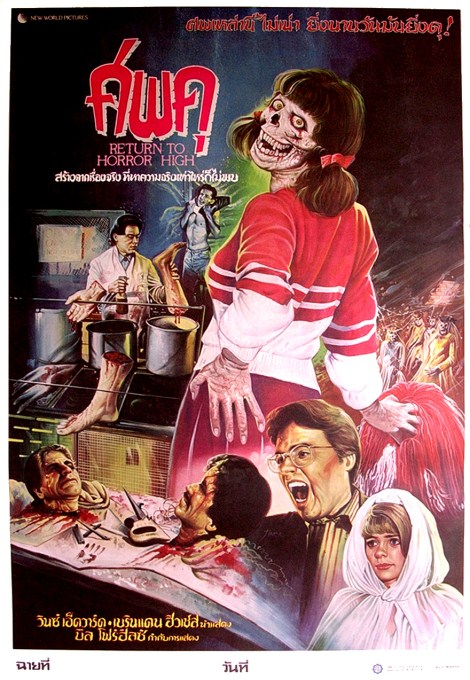 Years after a serial killer slashed his way through a high school (though, despite the title, not the school from 1974’s HORROR HIGH), a producer decides to shoot a movie about the murders on the actual location, and members of the crew start getting picked off one by one! It’s not a great blend of horror and comedy, but there’s fun to be had amidst the many “is-it-a-movie-or-not” moments and a cast that includes Vince Edwards, Scott Jacoby, Maureen McCormick and “The Facts of Life”‘s George Clooney. 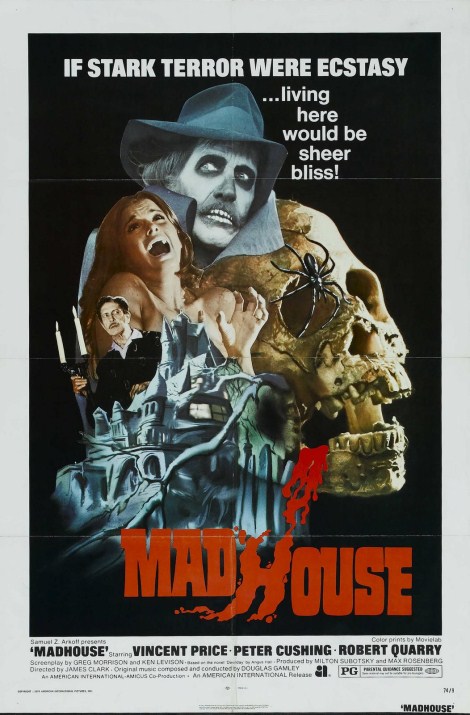 It’s no THEATER OF BLOOD, by Vincent Price hamming it up is never the makings of a bad movie, and Jim Clark’s flick in which he plays a horror star whose character seems to be coming to life and committing murders on his own is certainly noteworthy for teaming Price with horror icons Peter Cushing and Robert (COUNT YORGA) Quarry. 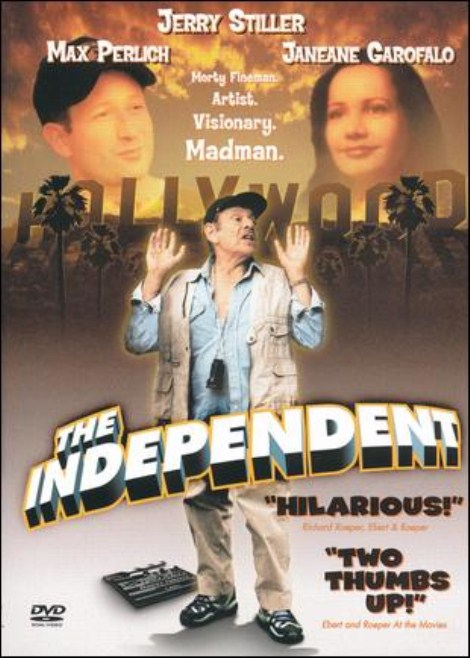 Years after a horror film stops production due to a murder, a low-rent film crew tries to finish it off and finds themselves… completing it without incident! No, I’m kidding. They get killed off one by one in this Australian SCREAM varient. Molly Ringwald is great as the bitchy “star,” and Kylie Minogue has a brief role. 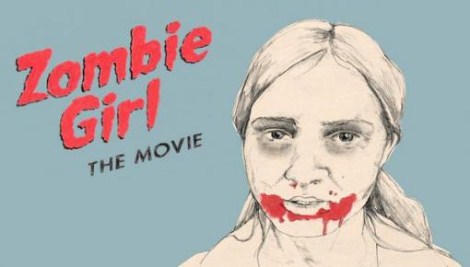 A sweet, inspirational documentary on Psychotronic Netflix? Sure, why not, when it’s about a twelve-year-old girl and her desire to make a zombie movie. The story of Texan Emily Hagins (also the director of the recent MY SUCKY TEEN ROMANCE) and her quest to direct a feature-length, bloody zombie epic is a surprisingly charming story that any cult film fan will love, even if it does contain Harry Knowles. 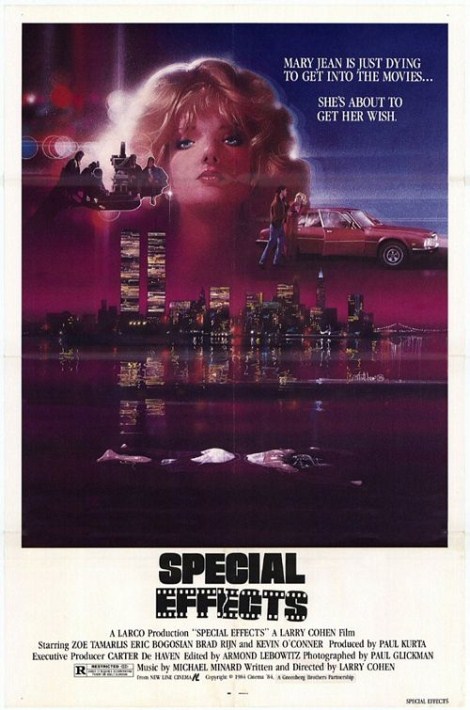 Larry Cohen’s riff on PEEPING TOM with a little bit of VERTIGO thrown in is the story of a deranged filmmaker (Eric Bogosian) who murders a woman (MS. 45’s Zoe Tamerlis) and then wants to make a film about it — starring her lookalike (also Tamerlis). An interesting, if not entirely successful, take on snuff filmmaking, it’d make a great double bill with basically any early ’80s Brian DePalma film. 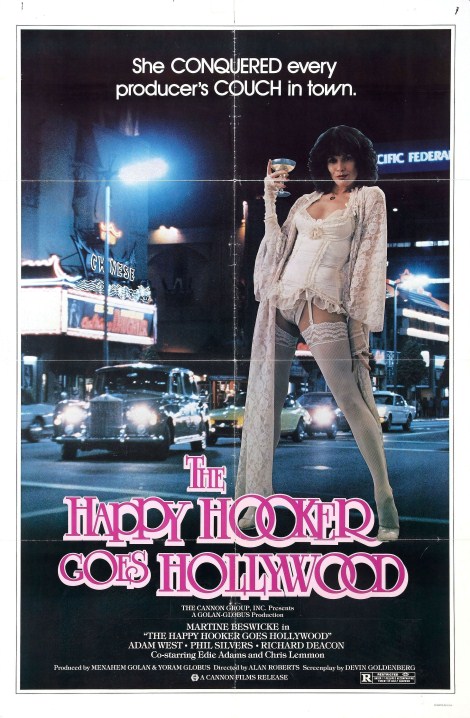 From Alan Roberts, the director of PANORAMA BLUE (the first X-rated film in Panorama) and, more recently, THE INNOCENCE OF MUSLIMS (!), this third entry in the Happy Hooker series has Martine Beswicke taking up the mantle of Xaviera Hollander, who heads to Hollywood to get the original HAPPY HOOKER made. Any basis in reality is strictly coincidental, but the oddball cast includes Chris Lemmon, Adam West, Richard Deacon and Phil Silvers, along with future “Mike Hammer” co-star Lindsay Bloom. 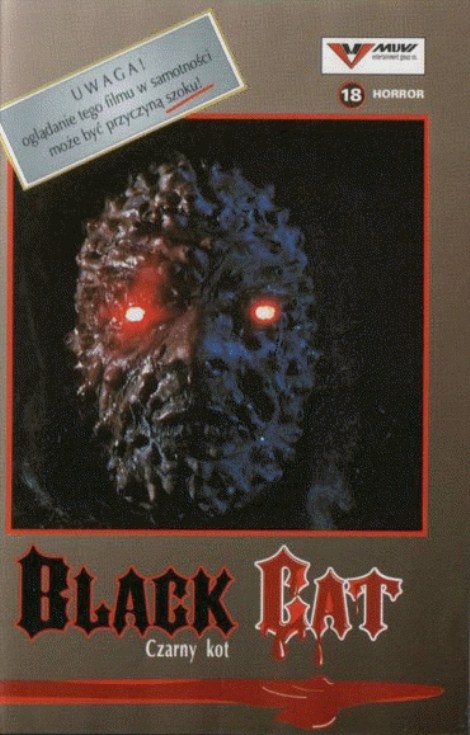 Luigi Cozzi’s strange piece of eurotrash is about the making of a SUSPIRIA sequel, was released overseas as a DEMONS sequel, and has virtually nothing to do with a BLACK CAT at all! Not released on any physical format in the US, “mess” doesn’t begin to describe it, but it sure as hell isn’t boring.

The likes of DANGER: DIABOLIK and BARBARELLA are the jumping-off point for Roman Coppola’s story of the creation of a pop-art sci-fi secret agent film and the young man (Jeremy Davies) who ends up taking it over, causing a rift between he and his girlfriend when he falls for the leading lady (Angela Lindvall). With Gerard Depardieu, Giancarlo Giannnini (as a faux Dino De Laurentiis), Jason Schwartzman, Billy Zane, Dean Stockwell and John Phillip Law. 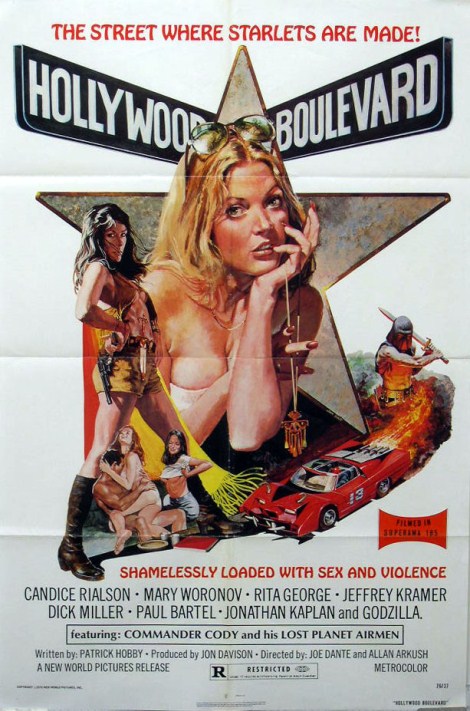 Reportedly made for less than $60,000, Allan Arkush and Joe Dante’s Corman-produced drive-in classic is a great take on exploitation movies in general, as Candice Rialson plays a young starlet who gets a part in a low-budget film in which the actresses keep getting bumped off. Filled with footage from other New World pics, clever dialogue and great performances by Rialson, Mary Woronov as the film’s star and Paul Bartel as the delusional director, this shouldn’t be passed up by any self-respecting reader of this site.