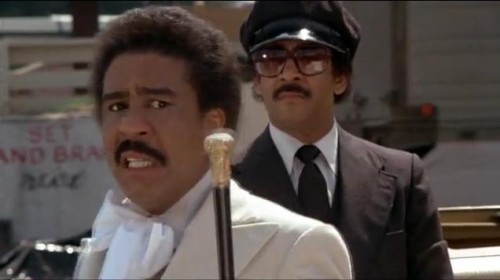 HEY BASTARDS. Welcome to another edition of PSYCHOTRONIC NETFLIX! This week we’ll check out ten flicks involving vehicle-related peril (and general goofiness) in tales of cab drivers, creepy trains and races to the death, most of which have insane casts. 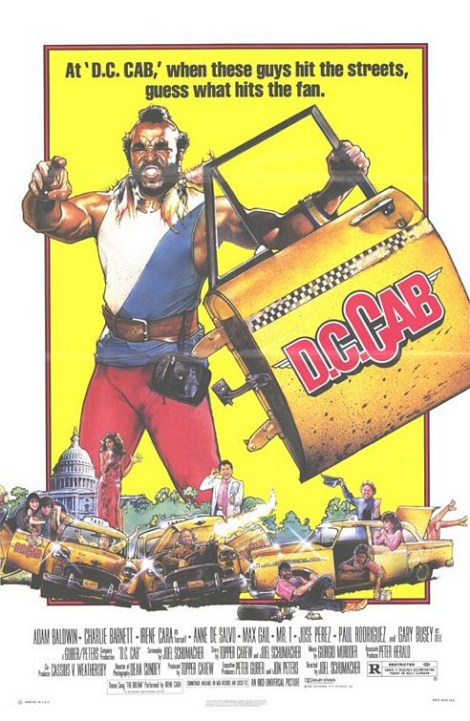 The first of two Joel Schumacher scripts to make it to the list, and mismarketed as a Mr. T vehicle, this is actually a fairly entertaining ensemble comedy about a cab company and the efforts of one employee to go off on his own and motivate the other cabbies to do the same. Adam Baldwin stars, with Max Gail, Charlie Barnett, Gary Busey, Bill Maher, Marsha Warfield, Otis Day, Paul Rodriguez, Whitman Mayo, Irene Cara, the Barbarian Brothers, Diana Bellamy, John Diehl, Bob Zmuda, Scott Nemes, Jill Schoelen and (very briefly) Timothy Carey as the Angel of Death. 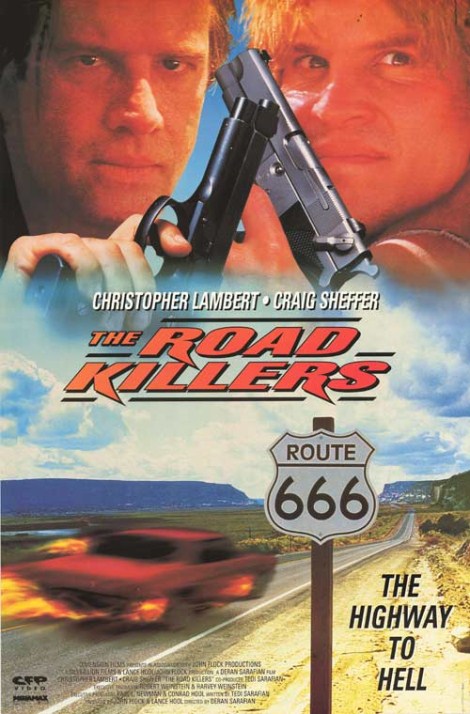 The mid-’90s was a golden age of direct-to-video thrillers that are ripe for rediscovery, and while they’re often messes, like Deran Sarafian’s flick about a group of nutjobs who take to the road to harass a family man, they’re entertaining drive-in flicks with outrageous casts. This one’s got Christopher Lambert, Craig Sheffer, David Arquette, Josh Brolin, Joseph Gordon-Levitt, Michelle Forbes, Christopher McDonald, Adrienne Shelly and John Pyper-Ferguson. 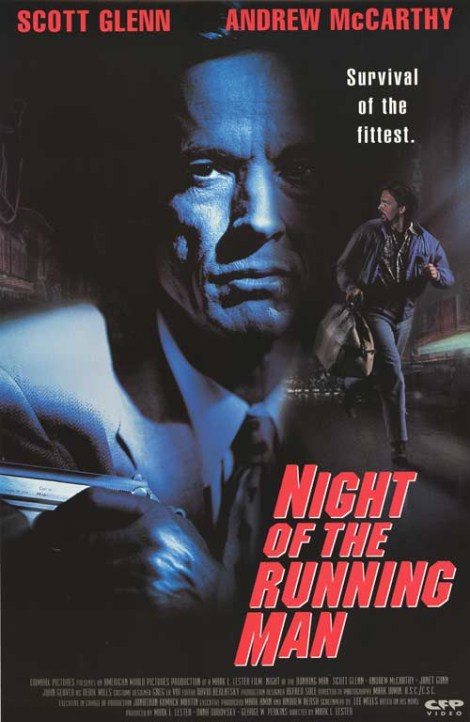 …or Andrew McCarthy as a Las Vegas cabbie whose discovery of a million bucks in his cab after his fare is rubbed out leads him to being pursued by hitman Scott Glenn in Mark L. (TRUCK STOP WOMEN) Lester’s pedestrian but fun piece of action fodder? 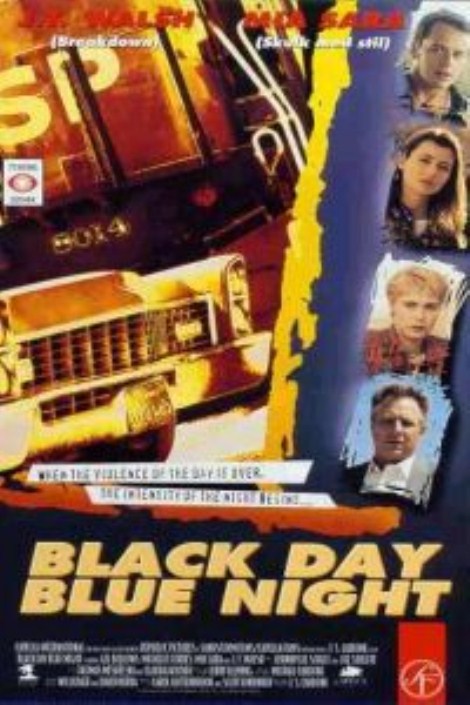 …or J.S. (OUTSIDE OZONA) Cardone’s neo-noirish tale of a wife and her cheating hubby’s girlfriend who take off on a road trip and pick up a potentially psychotic hitchhiker, with Gil Bellows, Michelle Forbes (again), Mia Sara, J.T. Walsh and John Beck? 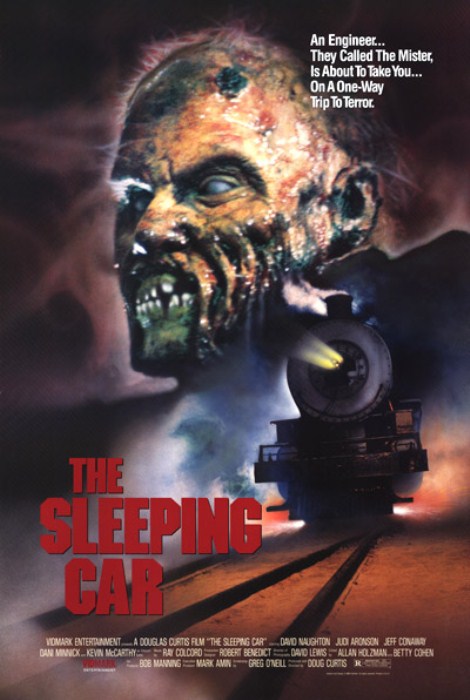 The rare transportation-themed flick that goes nowhere, Douglas Curtis’s horror flick finds David Naughton moving into a haunted train car(!) and getting spooked by the ghost of the landlady’s dead husband, so he calls on exorcist Kevin McCarthy for help. Okay, it’s dull, but seriously, it’s probably the only haunted train movie in which the train doesn’t move. With Jeff Conaway, FRIDAY THE 13th: THE FINAL CHAPTER’s Judie Aronson and RETURN OF THE KILLER TOMATOES’ Steve Lundquist. 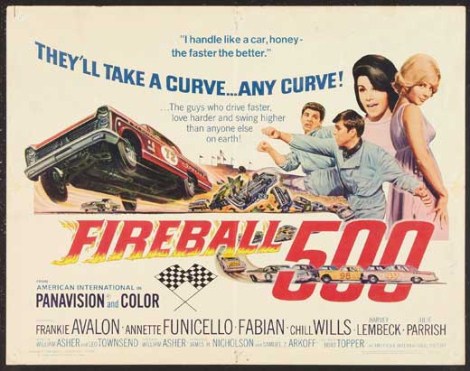 William Asher is mostly known for his BEACH PARTY flicks, but here’s a surf-free Frankie and Annette flick that finds the duo involved with a cross-country road race, as Fabian vies for Annette’s attention. With Chill Wills and Harvey Lembeck, and more like a standard racing drama than the goofy beach party flicks the team had been making. 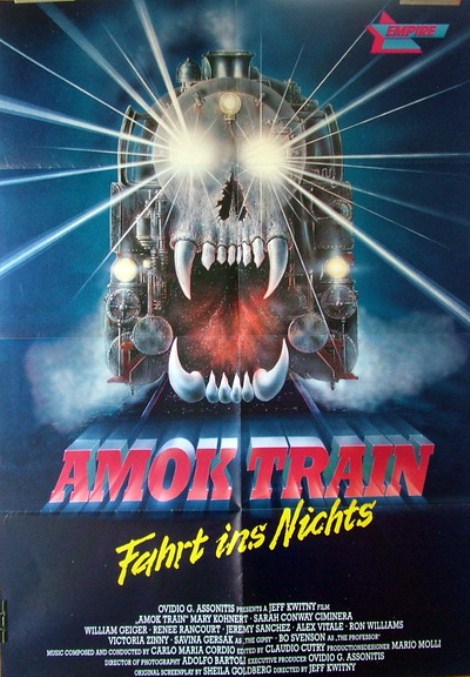 Jeff Kwitny’s Yugoslavian-shot horror pic about a group of college students led by their professor (Bo Svenson!) into a Satanic trap aboard a train isn’t what you’d call “good,” but it delivers the Eurosleaze, and it’s never dull. Released in the U.S. as BEYOND THE DOOR III for some reason, this is dumb late ‘80s fun. 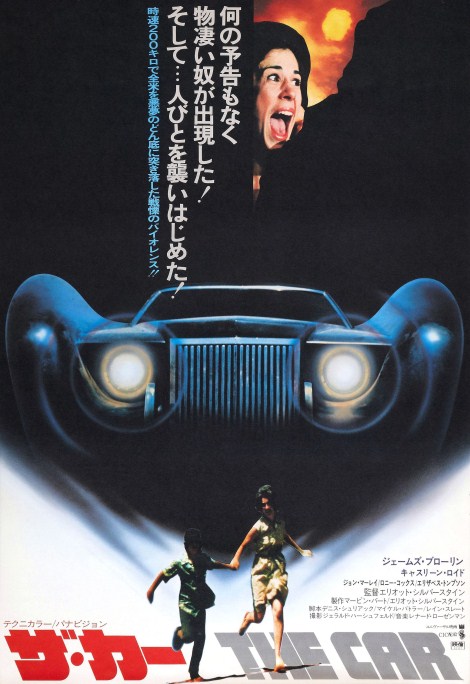 Elliot Silverstein (A MAN CALLED HORSE, CAT BALLOU) directed this 1977 thriller about a mysterious killer car that terrorizes a small town, and while it sometimes feels more like a TV-movie, it’s still an endearing supernatural flick, with James Brolin as the sheriff in hot pursuit. With John Marley, Kathleen Lloyd and R.G. Armstrong. 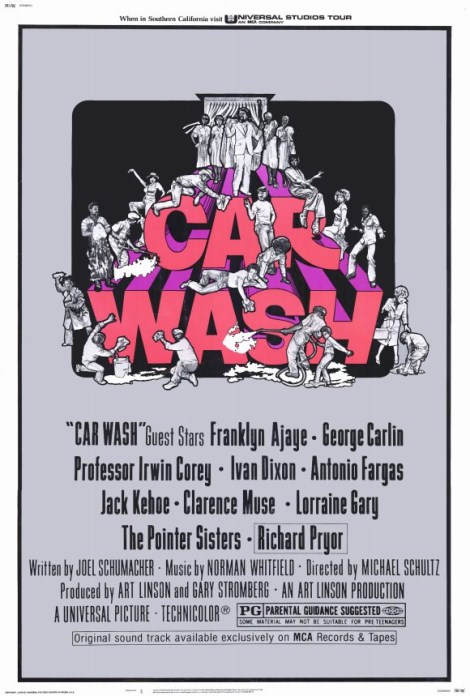 Joel Schumacher’s other flick on the list is probably the best thing he’s ever written, an ensemble comedy about a day in the life of employees at a car wash, helped a lot by the energy given to it by director Michael Schultz and the great soundtrack. With Antonio Fargas, Richard Pryor, George Carlin, Franklin Ajaye, The Pointer Sisters, Bill Duke, Ivan Dixon, Garrett Morris, Tim Thomerson and Lorraine Gary. 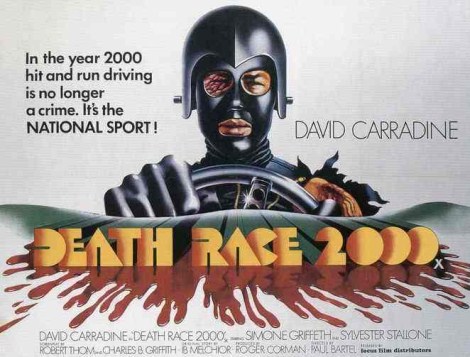 Paul Bartel’s drive-in classic, written by Robert (WILD IN THE STREETS) Thom and Charles B. Griffith, would have been an entirely different film if producer Roger Corman had has his way and it had been made without the satirical elements, but as it is, it’s one of the quintessential exploitation flicks, as a road race to the death has become the national pastime. With David Carradine, Sylvester Stallone, Simone Griffeth, Mary Woronov, Martin Kove, Roberta Collins, Louisa Moritz, Don Steele, and Joyce Jameson.