Welcome to another edition of PSYCHOTRONIC NETFLIX! Now we’re inviting motor psychos to our party, turning the focus to ten flicks that feature two-wheeled, hog-wild action! 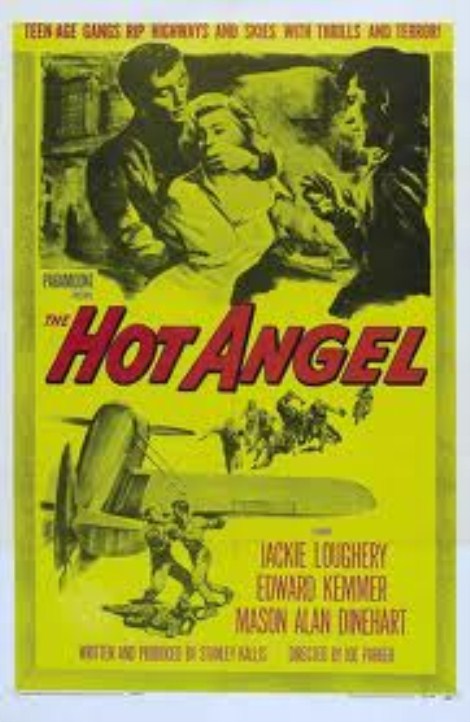 The earliest flick on our list is this low-budget obscurity about a Korean vet trying to protect his younger brother from a motorcycle gang, featuring star Ed Kemmer performing his own stunts. More of note to motorcycle buffs, this is an interesting timepiece made a decade before AIP’s cyclosploitation boom. Lyle Talbot co-stars. 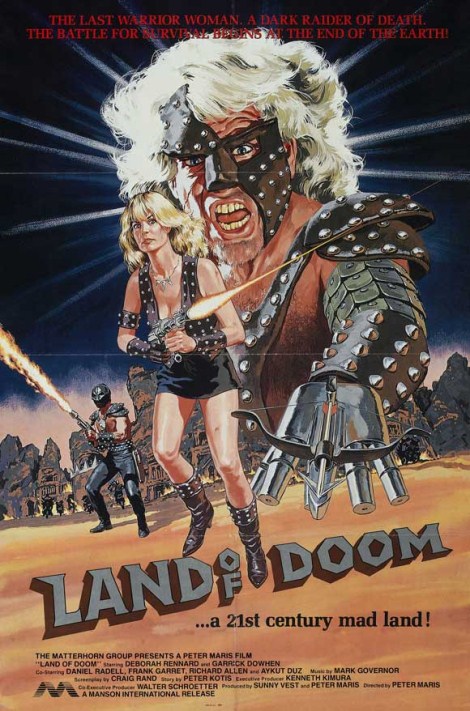 You can’t have a motorcycle movie list without at least one flick that takes place after a global apocalypse. In Peter Maris’s flick, set after a generic disaster, a sexy warrior with a crossbow (Deborah Rennard) faces off against the biker gang going after her village. Cannibalism, leather fetish gear and enjoyable ’80s sleaze ensues. 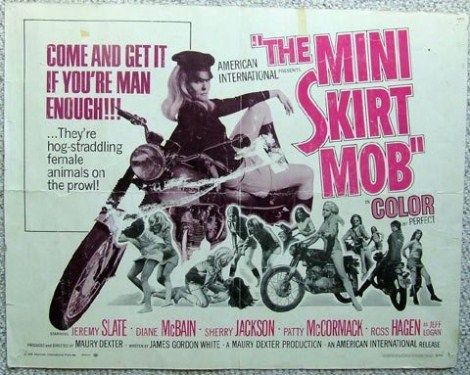 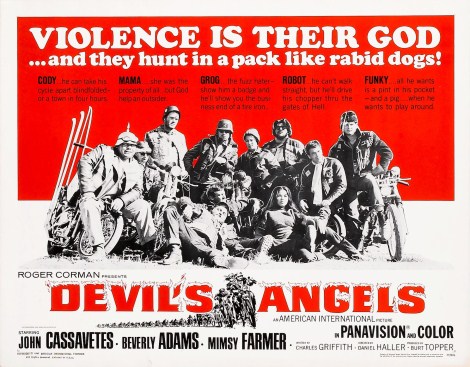 AIP regular Charles B. Griffith wrote this action flick, as John Cassavetes (!) plays the leader of a band of Hell’s Angels, whose tepid relationship with the town sheriff is stressed when a local girl gets involved. With Mimsy Farmer, Leo Gordon, Nai Boney, Kipp Whitman (Stuart’s brother) and Buck Kartalian. 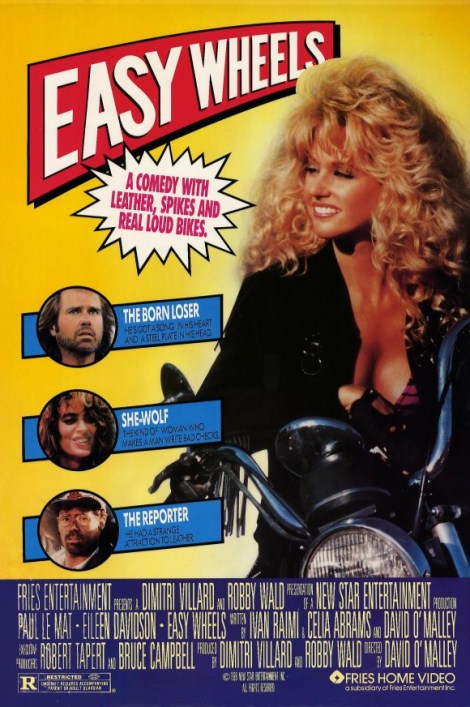 One of those side projects Sam Raimi doesn’t mention much is this comedic biker flick he wrote with his brother Ivan (under the name “Celia Abrams”) starring Paul Le Mat as the leader of a gang on the trail of a group of baby-snatching lady bikers. David O’Malley (the writer of THE BOOGENS) directed this goofy flick that, while it’s not great, still has some fun moments. With Eileen Davidson, Theresa Randle, Ted Raimi… and Ben Stein? 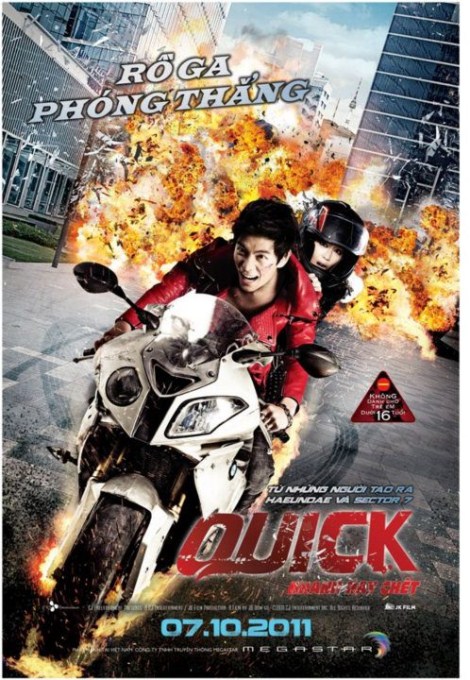 Jo Beom Gu’s Korean comedy thriller about a motorbike champ-turned-bike courier who gets a bomb in his helmet that will go off if it’s removed and is forced to deliver packages at the whims of a psycho leans a bit more on the comedy side to be called a Korean SPEED, but it’s still a fun ride. 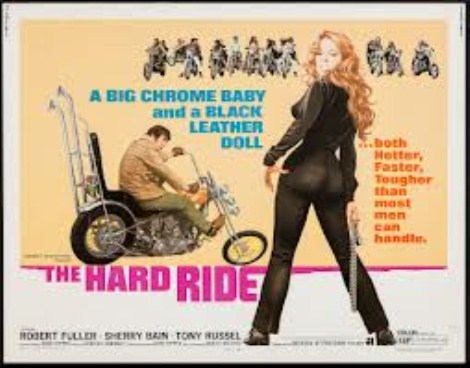 A marine (Robert Fuller) gets threatened by a motorcycle gang after he promises to take care of a dead friend’s hog (and also his girlfriend) in Burt (THE DEVIL’S 8) Topper’s flick that’s heavier on the drama than on the exploitation, but is still worth a look. 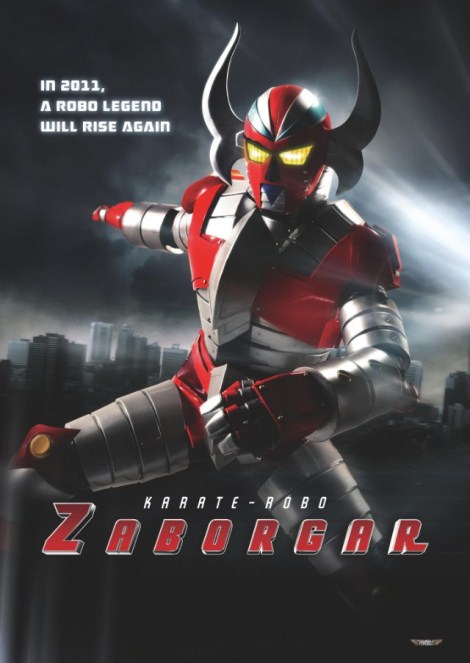 Noboru Iguchi (MACHINE GIRL) helmed this goofy revival of a ’70s television series about a kid with a motorcycle that can transform into a robot that battles monsters. It’s more energetic than “good,” but seriously? Giant robots and karate. 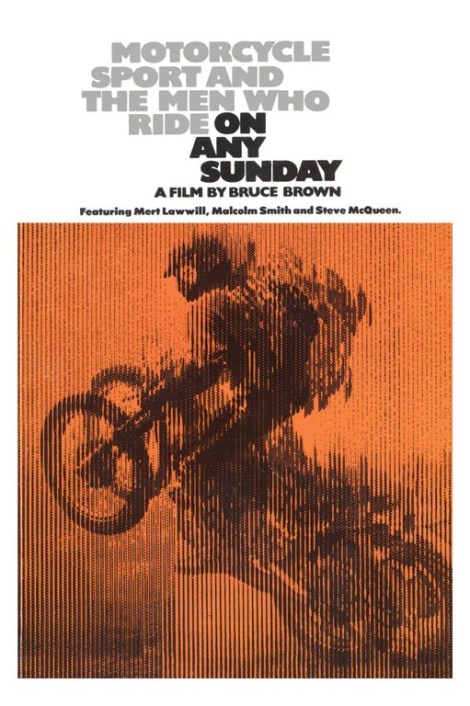 Bruce Brown may be best known for his surfing film THE ENDLESS SUMMER, but his motorcycle documentary following the lives of motocross racers is just as good, and was nominated for an Oscar. Steve McQueen is featured, and he helped finance the film as well. 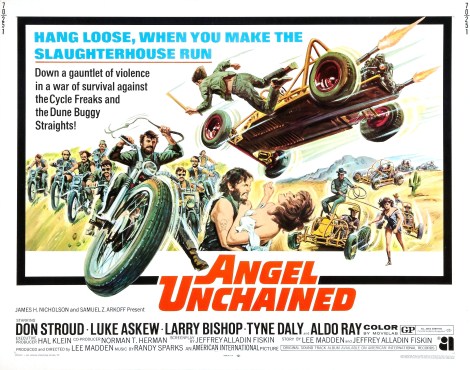 Don Stroud stars as a biker who leaves his gang to ride alone, hooks up with hippie Tyne Daly and has to defend his flower children friends against local rednecks — with the help of his old gang in this AIP flick directed by Lee Madden. Luke Askew, Aldo Ray and Larry Bishop co-star.