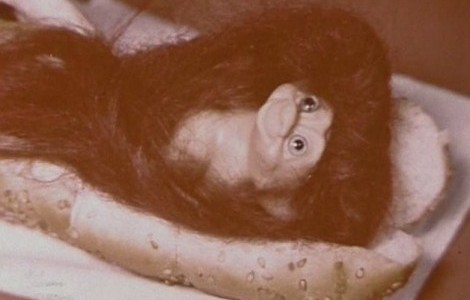 Talking to Jason Willis the other day about his classroom scare film-inspired short rekindled my love for ephemeral films, a genre term coined by archivist Rick Prelinger as “a film made by a particular sponsor for a specific purpose other than as a work of art: the films were designed to serve a specific pragmatic purpose for a limited time.” At least according to Wikipedia, which would never lie to me. It’s a fairly broad category, but one with a treasure trove of entertainment. Sure, you can mock aspects of the films (and the folks of Mystery Science Theater 3000 and the assorted offshoots have made a fine living doing so) but watching them from a historical context gives a fascinating glimpse into a mindset of ideas that were once put to film with the best of intentions.

This being the internet, I turned my newly unearthed obsession into a list. Below are my twelve favorite ephemeral films, with links to view them whenever accessible. I tried not to get TOO offbeat (you can look up THE ABCS OF SEX ED FOR TRAINABLES and ALL WOMEN HAVE PERIODS for yourself). They’re not meant as the “best” or “most important,” my any means — both qualities are hard to quantify in terms of the genre — just my personal favorite picks for the ten most unique “educational” shorts worth checking out. So sit back, scroll down, and if you’re not careful, you just might learn a little something.

It starts out slowly, but that warning about the dangers of not taking care of your teeth would fit in nicely with any Halloween movie night, as Cesar Romero, as plaque, possessed chairs and haunts children. It’s even occasionally clever.

Just because there seems to be a cut-off point where ephemeral films aren’t revered by cult film fanatics doesn’t mean they’re not making them. As anyone who works retail for a major organization knows, the world of internal training films is still popping, and while most of the time, these shorts that they make new employees watch on their first day are dry and obligatory, there are exceptions. For instance, if you make it into a musical! Come for the horrible, yet strangely catchy tune about how to sell a customer on Pier 1 products, stay for a glimpse at Debbie in HR finally getting an on-screen credit. 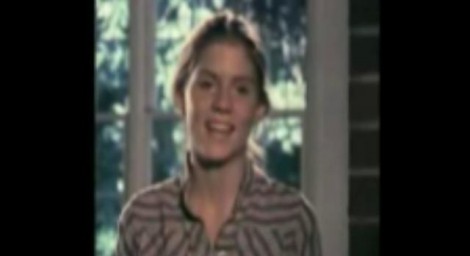 1980 produced the best horror film about a prom ever made. No, not the tedious PROM NIGHT, but THE LAST PROM, which had the decency to have nearly the same body count and a much higher sense of drama in less than one-third the running time. After a fair share of teenage angst as Bill tries to get a date to the prom and ends up with one in the form of friend-of-a-friend Judy, our doomed heroes finally make their way to the prom, but they never get there, thanks to Bill’s reckless speeding. The standard in late ’70 driving cautionary tales, it’s available as part of Fantoma’s Educational Archives Vol.3 DVD, consisting of driver’s ed scare films.

I first saw BOYS BEWARE as a short before a screening of the NAMBLA documentary CHICKEN HAWK, which was probably the most appropriate way to see it. A fascinatingly dated “warning” to kids to not talk to strangers that offhandedly confuses “homosexual” and “pedophile,” “a sickness that was not visible like smallpox, but no less dangerous and contagious.” If this film had been seen in more classrooms, little gay kids everywhere would have been terrified to come out of the closet for years, the Stonewall riots may never have happened and the ladies of the world may still believe they had a chance with George Michael. Thank God for limited distribution.

Y’know, it’s bad enough that you got Sonny Bono on hand to serve up a bunch of strawman arguments against marijuana, but did you have to let him wear his own suit? And did you have to supply him with the devil’s weed on the set? It’s hard to believe anyone bought this is 1968, but the Bono’s freeform, incomprehensibly insane monologue following the amazing “bad trip” at 11:28 has made this a favorite of stoners decades after it was first released, for all the wrong reasons.

A young woman narrates the story of her taking LSD and killing a hot dog that just wants to get home to his family. Clocking at just over three and a half minutes, this will win over any ephemeral film skeptic.

“Most of the actors in these movies are bad actors and received top billing only on a tombstone. They paid a terrific price to be in these movies, they paid with their lives.” So begins the CITIZEN KANE of driver’s ed scare films, an Ohio-lensed short designed to shock the hell out of everyone who watches it by showing graphic footage of dead bodies after car accidents. It’s still an astoundingly tough watch even today, made even tougher by the ramshackle, sarcastic narration.

“We need to get kids to stop taking drugs. Kids like fairy tales, right? What fairy tale can we use that will serve as a great anti-drug story, especially if we couple it with bizarre animation? I know! ‘Alice in Wonderland!’”

Even in 1974, there apparently was some question as to how to teach kids to use the phone. AT&T had the answer in this epic, nearly half-hour story about four kids that enter the land of telecommunications thanks to a singing, gleeful imp resembling Davy Jones. Hypnotic, surreal, and strangely compelling, this is essentially the equivalent of the Krofft family deciding to make an educational short about using the white pages. It, along with the next entry, is available on the A/V Geeks’ “Greatest Hits” compilation, which should be on the shelf of any self-respecting cult film fan.

You think CARNIVAL OF SOULS is Herk Harvey’s best film? Hah! There’s no gruff-voiced country & western theme song in CARNIVAL to remind you of safety tips regarding heavy equipment on a construction site. Essentially a greatest hits compilation of industrial accidents as what appears to be the worst workers ever can’t stop injuring themselves. All that would be great, but the title track by Charles Oldfather clinches it – I could listen to his tale as to why they call him Three-Fingered Joe on repeat for hours.

I’m only aware of COMICS AND KIDS though it’s exposure at B-Fest, the 24-hour movie marathon in Evanston, Illinois that I’ve gone to for 13 years, and I’m unaware of it’s availability anywhere else. Believe me, I’ve looked. We watch some boys read war comics, and then they start attacking sandcastles built by some younger kids, backed by some of the most bizarre narration I’ve ever heard. “Oh, yeah… blow ‘em up,” the whisper-voiced psychopath at the mike mumbles over the almost random sounds of a recorder that seems to be played by a spastic 3-year-old. “Kill ‘em all,” he implores the boys, “Wait for me… where is everybody?” It’s as though someone recorded an Abel Ferrara commentary track over some home movies and then released it under the idea that it was supposed to teach kids something.

An overwhelmingly long (at over twelve minutes) anti-war piece about a rambling crazy person that goes on forever about God knows what, COMICS AND KIDS is the APOCALYPSE NOW of classroom scare films. I would buy it on Blu-Ray in a moment, especially if it was released Criterion-style, with a HEARTS OF DARKNESS like exploration into where the hell it came from and what the hell it wants from us.

I’ll admit that my natural love for the premise of having characters eliminated one by one plays heavily into my top pick. But the idea of ten kids on bicycles slowly finding their numbers decreased as each of them fails to follow safety tips provided by helpful narrator Edward Everett Horton (!), resulting in HORRIBLE, HORRIBLE ACCIDENTS THAT, as far as the movie is concerned, SEEMS TO KILL MOST OF THEM is only part of my love. No, the love is firmly cemented by the monkey masks. Okay, so the monkey masks and tails are justified by the end (see, one of them isn’t a monkey, he followed rules, ha ha) – you don’t know that until the final minute of the film, and you spend the first 14 minutes less interested in bicycle safety and more fascinated at what the hell the filmmakers were thinking. Even after the finale, the morality is weird – if you follow bicycle tips, you’ll get to eat everyone’s food and become obese! You perplex me, Dale Jennings, but I love you for it.