Just when you thought you were out of things to check out on streaming, we pull you back in for one last job.  This week on Psychotronic Netflix, we’ve got ten flicks about hired killers guaranteed to put a silencer to your complaints about not having anything to watch. 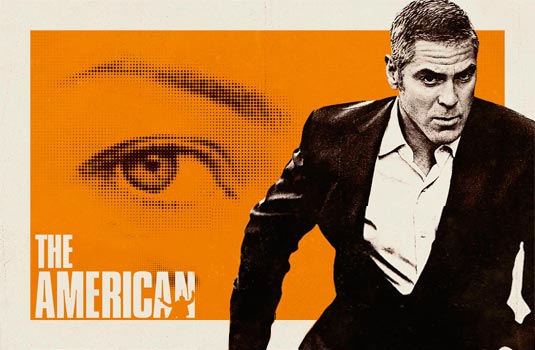 George Clooney stars as a contract killer who takes one last job in Anton Corbijn’s very European thriller that moves more like a tone-based drama than an action spectacle.

A hit at Fantastic Fest in 2011, Pen-Ek Ratanaruang’s flick follows a hitman with a, er, unique condition.

Seijun Suzuki’s nifty flick about the third-ranked assassin in The Assassins Guild, the deadly “Stray Cat,” is as visually compelling as most of his other work and features a great performance by Makiko Esumi in the lead.

Jonny Abomb made his love for this based-on-a-true-story tale of a mob hitman starring Michael Shannon known here.

Truth?  Fiction?  Eh, whatever, George Clooney’s adaptation of the “autobiography” of producer Chuck Barris starring Sam Rockwell is entertaining as hell, and you can even forgive the presence of Julia Roberts.

I’d be willing to bet that Clint Eastwood made THE EIGER SANCTION just so he could justify a mountain climbing vacation, but that doesn’t make this flick about a retired government assassin sent on one last job to Switzerland any less entertaining.  With George Kennedy, Vonetta McGee and Jack Cassidy.

Look, it’s Alamo Drafthouse, and it’s about two hitmen that take a job.  That’s all you should really know going in.