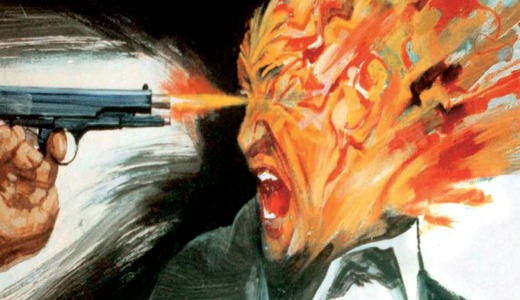 “I am a huge fan of gangster movies, I’ve seen them all and
Fernando Di Leo is without a doubt, the master of this genre.”
Quentin Tarantino

LOS ANGELES (April 8, 2013) – Hailed by cinephiles for expertly restoring rare films by influential filmmakers and publishing them with compelling extras, Italian film label Raro Video announces the company will begin distributing its acclaimed DVDs and Blu-rays in the U.S. through Kino/Lorber for the first time ever on May 28, 2013. To launch the partnership in the U.S., the company will spotlight a powerhouse director of Italian cinema with Fernando Di Leo’s lost crime masterpiece SHOOT FIRST, DIE LATER.

Raro Video’s version of Di Leo’s SHOOT FIRST, DIE LATER has been restored using the original 35MM negative. The extra features include: original trailers, a 20-page fully illustrated booklet on the genesis of the film and two separate documentaries produced specifically for this release by NOCTURNO CINEMA magazine, one of Europe’s most influential film genre publications.

Master of bold, intricately plotted, ultra-violent stories about pimps and petty gangsters, director and writer Fernando Di Leo perfected the genre with an uncanny accuracy that prefigured the works of Quentin Tarantino and John Woo.

ABOUT RARO VIDEO
Stefano and Gianluca Curti started Raro Video Italy in 1999. Dedicated to digital restoration of films from a wide range of genres, the company has earned an outstanding reputation for the quality of its high-definition transfers. Its releases are also known for their supplemental content as well as the critical analysis and superb booklets that accompany each film. The firm opened its U.S. headquarters in Minneapolis, Minnesota in 2010. Raro Video U.S. is a subsidiary of Gruppo editoriale Minerva/Raro, which is owned by Minerva Pictures, a 50-year old production and distribution company that continues to make films and boasts a catalog of more than 1,000 films.

Available now from Raro Video U.S.: The Vanquished, The Clowns, The Anger, Live Like A Cop, Die Like A Man, Body Puzzle, The Visitor, Come Have Coffee With Us, The Overcoat, Murder Obsession, The Secret of Dorian Gray, Crime of Love, Young, Violent, Dangerous, Steam – The Turkish Bath, The Night of the Devils, Madness, The Automobile, To Be Twenty, Conversation Piece, The Perfume of the Lady in Black, Plot of Fear, Waves of Lust, Ubaldo Terzani Horror Show and The Fernando Di Leo Crime Collection Vol. 1.

ABOUT KINO LORBER
With a library of 700 titles, Kino Lorber Inc. has been a leader in independent art house distribution for over 30 years, releasing over 20 films per year theatrically under its Kino Lorber, Kino Classics, and Alive Mind Cinema banners, including four Academy Award nominated films in the last six years. In addition, the company brings over 60 titles each year to the home entertainment market with DVD and Blu-ray releases as well as digital distribution on all platforms.

SHOOT FIRST, DIE LATER – SYNOPSIS
One of the most impressive Italian crime/police movies ever made, desperately sought after and never before released worldwide, Raro Video is proud to be releasing the tough, exciting, dramatically potent, action packed film: SHOOT FIRST, DIE LATER. Luc Merenda gives the performance of his career as a highly regarded police detective who is taking syndicate money in exchange for departmental favors. His father, a simple man, also works for the department but at a lower level; he isn’t jealous of his son, but rather proud of him, little knowing that he’s a crooked cop. A series of events leads the young detective to ask his father for a favor (he wants a certain police report that is desired by the syndicate) and it doesn’t take long for the detective’s father to realize his son is on the take, which leads to numerous complications.

SPECIAL FEATURES:
-New HD master from original 35 MM print
-Digitally restored / Original Italian and English trailer
-New and improved English subtitle translation
-A 20 page fully illustrated booklet on the genesis of the film
-Documentary The Master of the Game
-Documentary The Second Round of the Game