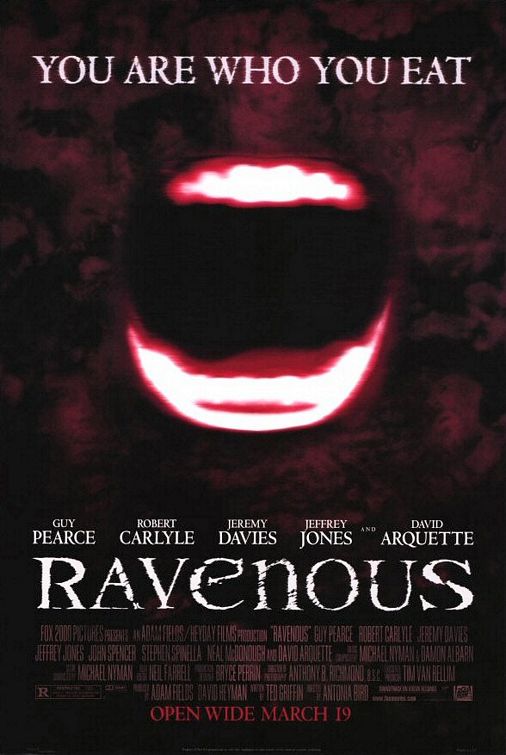 RAVENOUS began life as the name-making script from Ted Griffin, who soon wrote OCEAN’S ELEVEN for Steven Soderbergh and later created the wonderful, lamented Terriers for FX. The script was dramatically rewritten several times — way back when, I got my hands on an early iteration which bookends the period setting with a modern-day prologue and finale — but what resulted was a fairly unique anomaly, a lost gem from a year generally considered to have been one of the strongest years for movies ever. 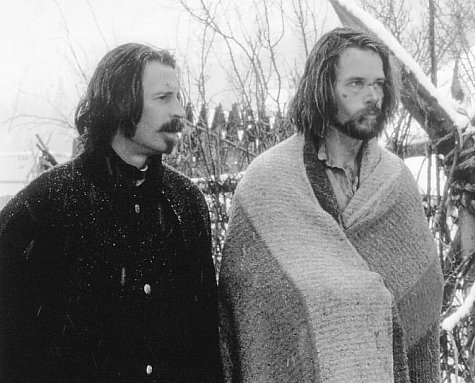 An odd, eerie genre-hybrid, RAVENOUS was historical horror at a time there was hardly any of it, nimbly directed by the late British filmmaker Antonia Bird. The truly eclectic cast is stacked deep with career weirdos — Guy Pearce, Robert Carlyle, David Arquette, Neal McDonough, Jeremy Davies, and Jeffrey Jones — any one of whom would be enough to knock any mainstream feature slightly off-kilter. Their combined weirdo powers ensured that not a moment of normalcy would ensue. 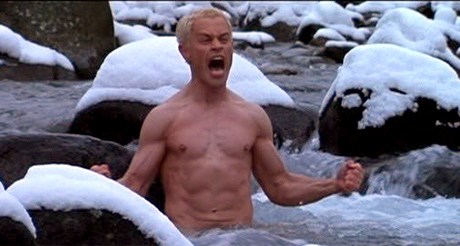 RAVENOUS couldn’t have been an easy sell, as a period picture about the horrors of cannibalism, but that doesn’t mean the marketing department had to put out a trailer where Jeremy Davies wails “He was LICKING meeeee!!” You put out something like that and only the hardcore freaks are showing up to the theater. Well now you can know what those freaks have known for fifteen years: RAVENOUS is the rare film to warrant that most overused of compliments, “underrated.” As a study of an unraveling group of strange men in a frozen setting, it doesn’t shrink in comparison to John Carpenter’s THE THING; as a gleefully grisly film that can make a vegan out of the hardiest viewer, it recalls THE TEXAS CHAINSAW MASSACRE.

Strangely funny throughout, even as events progress from tenuously civilized to nightmarish, with Robert Carlyle vaguely resembling Vlad The Impaler as the remote locations emphasize the character’s inevitable doom and as the highly unusual score from Damon Albarn and Michael Nyman clinks and plunks along underneath it all, it’s quite frankly a marvel that RAVENOUS was ever made and released by a major studio at all, let alone proved to be as strangely excellent as it is. 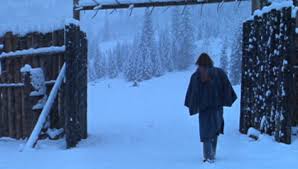 Buy RAVENOUS through Daily Grindhouse and we won’t eat you: 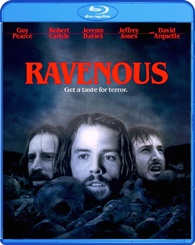 — Jon Abrams, who is considering vegetarianism.