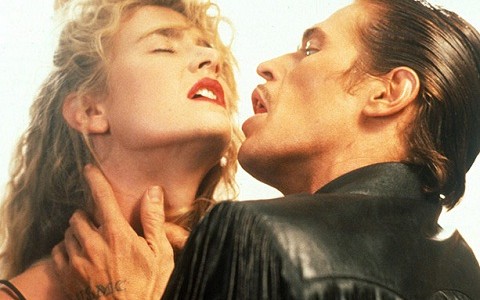 Happy Tuesday, Daily Grinders, and welcome back to our weekly round-up of everything new and notable in the realm of home entertainment. What follows is a wide selection of all the most intriguing titles available as of today in the DVD and Blu-Ray formats. If anything here strikes your fancy, we hope you can click through the icons provided, since DG gets a commission on every mouse-click you make in this case. It’s kind of like we’re car salespeople, only we aren’t douchebags and hopefully you can trust our recommendations a little bit. Okay, let’s get to the list! 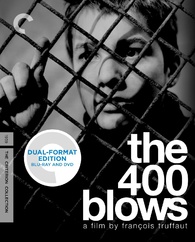 There’s your Criterion release for the week, and it’s a big one. THE 400 BLOWS is François Truffaut’s debut feature and one of the foundation films of the French New Wave, which I admit is not my personal favorite era or movement in cinematic history. But while I may be a troglodyte, I do recognize the importance of what Truffaut and his countrymen created. Generations of international filmmakers as different from each other as possible, from Steven Spielberg and Martin Scorsese, Brian De Palma and Michael Mann, to Wes Anderson and Quentin Tarantino, have all made films in cultural conversation with those of the French New Wave directors, if not specifically in content than in structure and formal experimentation. It all begins here. This is film school 101. Maybe 201. Depends on the capabilities of the matriculating class. 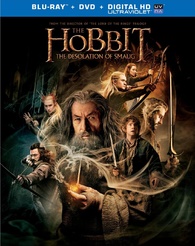 I haven’t seen THE DESOLATION OF SMAUG yet, and that could be telling, since I’m pretty sure I liked the first chapter, AN UNEXPECTED JOURNEY, a lot more than most of you seemed to. It was fun while I was watching it but didn’t make me want to rush back for another helping. It’s tough to get too excited about these movies for some reason. I think that’s because of the endurance this series has required of its fans — I can only imagine what it feels like to be making these things. Those of us who love these movies have probably seen the three LORD OF THE RINGS films theatrically, at three hours apiece. It’s unlikely we watched any of them only once. Then we’ve been treated to hours of ‘deleted’ scenes. That trilogy is an amazing achievement but also a lot of work to get through even the one time. Now there’s an all-new trilogy, stretching the events of one book, THE HOBBIT, across three epic-length films. Well sir, that’s a lot like going back to high school after you’ve been to college. It’s a nice feeling for a while but you’re not yearning to stay, particularly since now there’s a guy hanging around with a ballsack for a chin. 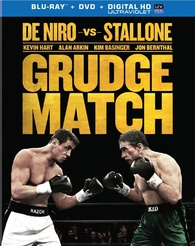 The central joke of this movie — ROCKY versus RAGING BULL — was totally lost on me and many people, because Robert De Niro’s screen persona has never been solely based on his Oscar-winning portrayal of boxer Jake LaMotta in 1980’s RAGING BULL. You don’t look at De Niro, especially now, and think of that movie first above the dozens of very different movies he’s played in since then. De Niro is not an actor defined or constrained by his physical presence, which Sylvester Stallone absolutely is. For GRUDGE MATCH to be at all interesting to me, they ought to have put Carl Weathers in the De Niro role. If they had to, they could’ve put Schwarzenegger in there. Also, you know, who gives a fuck. It was never going to be an interesting movie with Peter Segal directing. His thing is middle-of-the-road comedies — some I’ve liked! — but there’s nothing in that filmography to suggest he understands the concept of screen persona in the first place, which is kind of what you need when your high-concept is ROCKY versus RAGING BULL. 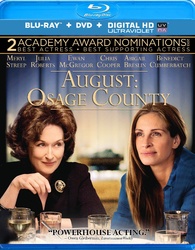 Tracy Letts is a phenomenal, unsparing, bruising writer. His two films with William Friedkin directing have been brutal actorly cage-matches (and KILLER JOE was in my top ten from 2012). Again, we need to bring up the question of a director not fitting the material — John Wells has been involved with some good stuff but that’s mostly been in television, and none of it as barren and bereft of hope as Letts’ work can be. The guy excels at uplift. And then you throw Meryl Streep into the mix? Bad fit. Meryl Streep is a show pony. A Meryl Streep movie is the Meryl Streep show. This is not a performer who is able to submit to material, but one who dominates every scene in her swath. I’m not saying that actors and filmmakers can’t adapt or change or surprise, but it’s a risk to step outside one’s wheelhouse and the risk doesn’t always pay off. This movie probably should have made a lot more noise than it did, considering the pedigree. Also: Why is Ewan McGregor so off the map these days? He’s one of the most fun movie stars we have and he’s stuck batting fifth in ensemble pieces. 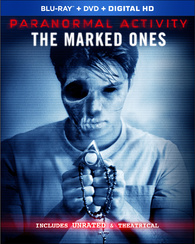 PARANORMAL ACTIVITY: THE MARKED ONES (2014)

It really doesn’t matter what I think, since there’s practically been one of these movies every year since 2009 now (the sixth is due in October) and there’s no way I can stop it. But I would if I could. The first one stunk — don’t make me sit through a whole movie without ever showing anything happen — and that didn’t exactly convince me to want to see a second, let alone a third, fourth or fifth. If I’m missing anything, by all means, let me know. 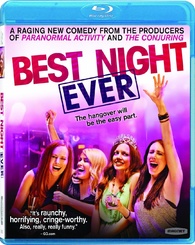 This is essentially a female variation on THE HANGOVER, from the two gentlemen who normally provide us with films like EPIC MOVIE, DATE MOVIE, and DISASTER MOVIE, and if there’s anyone who knows how to make a film comedy for the ages, surely it must be they. Hey, GQ liked it, which means your dad approves, and hey, it comes from the producers of PARANORMAL ACTIVITY and THE CONJURING, so you know it’s a laugh a minute. Is this sarcasm detector broken? The real story here is that these guys have now made three movies in a row without Carmen Electra and Tony Cox. What dark cloud has disturbed that paradise? 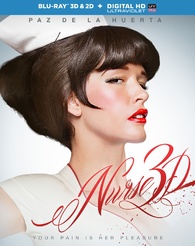 There haven’t been a whole lot of nurse-themed exploitation films in a while, and so this one is immediately noteworthy. In his review, our friend Mike McGranahan writes, “I’ve never seen so many closeups of posteriors in a film.” Sold. That was easy. 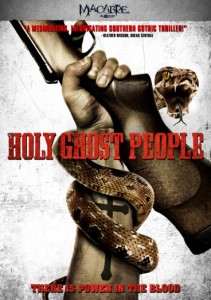 This one is new to me too, so let’s check out the official synopsis together: HOLY GHOST PEOPLE is a Southern Gothic thriller about a teenager searching for her lost sister in the Appalachian Mountains, where she encounters a snake-handling religious cult and eventually learns the truth about her sister’s fate. Could be interesting! RACE WITH THE DEVIL meets WINTER’S BONE? Here’s the trailer. [DVD ONLY] 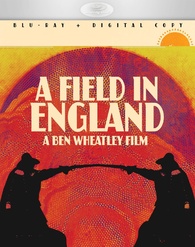 British filmmaker Ben Wheatley has ripped his way onto the genre-film scene with an admirable work ethic — four features in four years! I have to admit I couldn’t get into his first film, DOWN TERRACE, and I haven’t gotten to KILL LIST or SIGHTSEERS yet, but on paper anyway, these are my kind of movies. A FIELD IN ENGLAND in particular sounds interesting, a psychedelic period piece about soldiers in the British Civil War having a bad trip. Ain’t like we get one of those every week at the multiplex, so if only for the originality of the thing, I’ll be checking this one out. 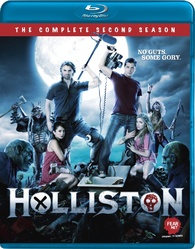 Interesting idea: A horror-comedy series about the misadventures of two cable access hosts. The stars are Adam Green and Joe Lynch, better known for the HATCHET films and for WRONG TURN 2, respectively. The first two seasons have benefitted from appearances by esteemed personages such as John Landis, Tony Todd, Dee Snider, Ray Wise, and the dearly departed Oderus Orungus from GWAR. I haven’t seen the show yet myself but I intend to give it a shot. This is the kind of thing that has plenty of potential to go badly, but when it works, it’s the kind of thing that’s straight up my alley and tickling my insides. 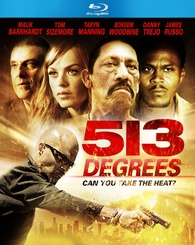 When it comes to Danny Trejo movies, you can tell a lot about the kind of movie you’re getting yourself into by the name of the character he plays. In this one, Danny Trejo’s character is named “El Loco.” 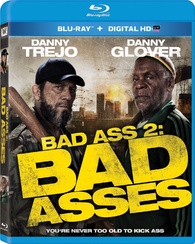 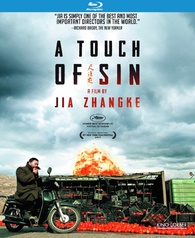 This is the latest film from Jia Zhangke, a highly regarded Chinese filmmaker and documentarian with whom I am less acquainted than I’d like to be. A TOUCH OF SIN is a great title and that’s a great poster, and the multi-layered story of this film spans many locations and eras. The genre is crime, more or less, but this isn’t really a genre film, more of a fine-dining experience. I’m interested to check it out. 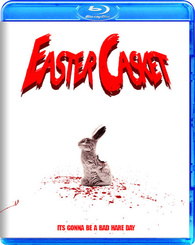 Okay, first of all, great title. And then there’s this synopsis: “The Easter Bunny is pissed and a host of priests, nuns, and sexy school girls are going to pay.” Yeah. I’m already on it. 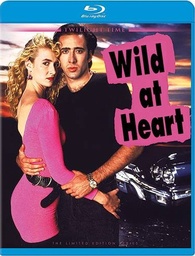 There’s no science to what I’m about to presume, but WILD AT HEART feels to me like the under-discussed B-side to David Lynch’s catalog. More people talk about DUNE than talk about this one, and this is the one with Nicolas Cage! The modern king of the whackadoos plays Sailor Ripley, an Elvis-obsessed vagabond in amor fou with Laura Dern’s Lula. The romantic rockabilly oddness of Sailor either influenced what Cage himself was already becoming, or is in fact one of Cage’s most emotionally revealing roles. (It usually means something when a guy who plays a role like this ends up entangled in real life with Lisa Marie Presley.) WILD AT HEART is the first of two collaborations for Lynch with noir novelist Barry Gifford — the second was LOST HIGHWAY, and this one is only marginally less bizarre. The main engine of the strangeness is Bobby Peru, perhaps the film’s signature character, played by Willem Dafoe in a tour-de-force of toothy, freaky anarchy. His death scene is one of the best in movies. And it says plenty to note how Dafoe’s comically grotesque presence stands out, because WILD AT HEART is a tornado all a-swirl with funky creeps. Diane Ladd, Laura Dern’s mother, is indelible as the Wicked Witch of this twisted fairy tale, while the rest of the cast is filled out by unique character actors and Lynch repertory players, from Harry Dean Stanton to Jack Nance to Grace Zabriskie to J.E. Freeman to David Patrick Kelly to Crispin Glover to Isabella Rossellini. I’d argue that this is a more linear Lynch film than most, although the plot really only exists as a hat rack to be adored with every great-aunt in the world’s kookiest headpieces. As long this movie exists, illicit substances will be redundant. 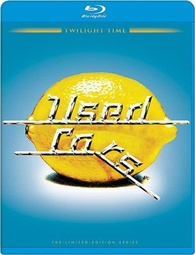 It’s easy to be a fan of BACK TO THE FUTURE. Anyone can do it. You’re a true G when you get hip to what Robert Zemeckis and Bob Gale were doing before that flick. USED CARS is a raucous farce about used-car salesmen, pitting Kurt Russell, in one of his best roles — no one does charming bluster and braggadocio better — against the late, great Jack Warden, who plays two characters here and both of them brilliantly. Jack Warden as the nefarious Roy Fuchs in this movie is like an act of God, the kind you need insurance coverage to ward against, a noxious gust of foul wind. It’s an epic comedy performance, compounded by the fact that he also plays his own nice-guy brother. A must-see, on Blu-Ray for the first time.

That’s it for this week. See you again around this time next Tuesday!