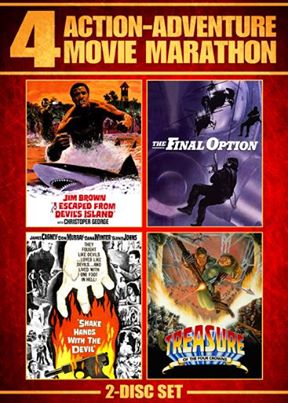 In new release announcements, Shout Factory mentioned via their Facebook page that they’ll be bringing out THE FINAL TERROR in July, along with a double bill of I ESCAPED FROM DEVIL’S ISLAND and THE FINAL OPTION (aka WHO DARES WINS) – the pair will also be part of a 4-movie DVD set with TREASURE OF THE FOUR CROWNS and SHAKE HANDS WITH THE DEVIL (?!).

And if that’s not enough, how about a 13 disc Blu-ray collection of Werner Herzog films? 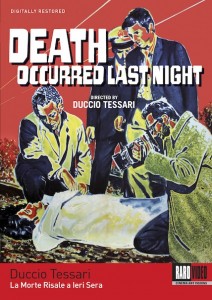 Lee Marvin biographer Dwayne Epstein talked about the actor’s legacy on what would have been his 90th birthday.

“Hidden Horror” editor Aaron Christensen hunted for the Wisconsin-lensed THE CAPTURE OF BIGFOOT… and THE LEGEND OF BIGFOOT.

Kate Mulgrew lends her talents to an insane new “documentary” about made-up science directed by a Holocaust denier – she apologizes.

Animal Planet to debut BLOOD LAKE: ATTACK OF THE KILLER LAMPREYS, from the Asylum, featuring Shannen Doherty and Christopher Lloyd, because fuck you, that’s why.

The live-action Quicksiver debuts in… a hamburger ad.  At least it’s not ridiculously sexist?

Check out the first ten minutes of STAGE FRIGHT, now on VOD:

And here’s a trailer for the experimental horror flick THE PERFECT LETTER: