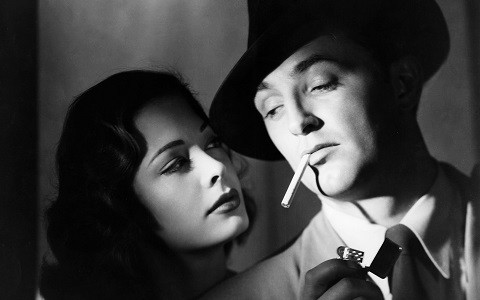 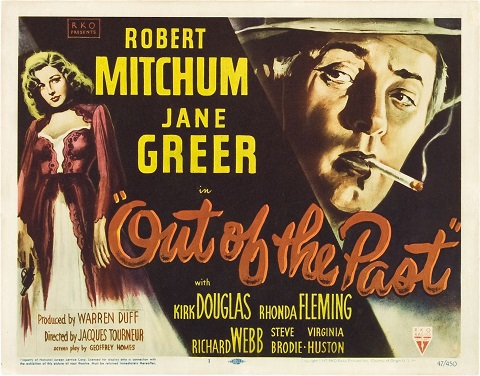 OUT OF THE PAST is a perfect movie. You don’t see too many of those. Many experts believe OUT OF THE PAST to be the finest film noir ever released by Hollywood. It’s important to consider that this is a genre which already includes many of the greatest films ever made. Film writing on the internet is teeming with platitudes, infested with “best-ever” declarations, but in this case that kind of talk is justifiable, and the proof is on the screen. 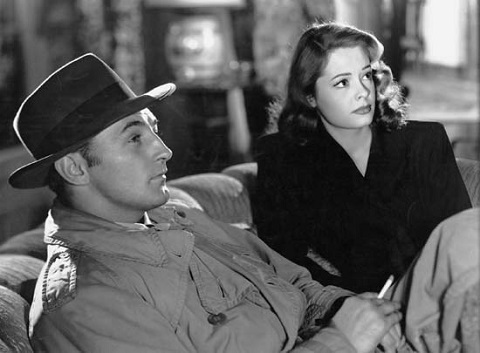 The script is by Daniel Mainwaring, based on Build My Gallows High, the brilliantly-named novel he wrote under the name Geoffrey Homes. It is an immaculately-composed feat of film writing. Jacques Tourneur, who made many indelible horror pictures for producer Val Lewton, turned out to be the ideal choice to match the material. 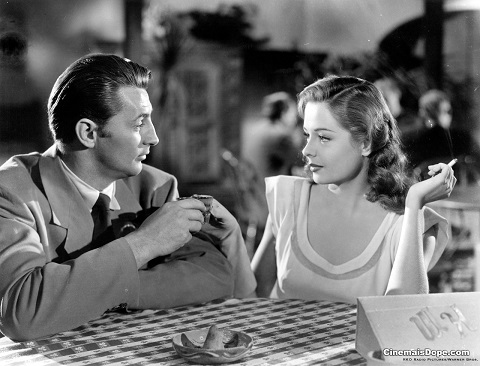 Robert Mitchum played a lot of hep-cat doomsters in his noir days, but this is surely the ultimate Mitchum role: Cool, but with limits. Rough and ready to rumble, but mortal. A dreamy shadow of a human being, one whose profile, build, posture, and simultaneously energized and melancholic bearing seemed born and bred specifically for the movies. 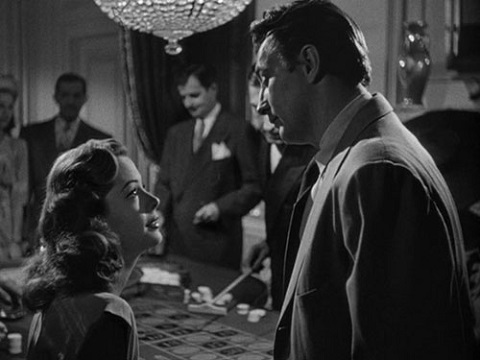 And Jane Greer, hoo boy. This is the ultimate femme fatale right here, the archetype, the perfect storm. The kind of nightmare you daydream about. Deviously innocent. Fetchingly maddening. Irresistible. Mitchum’s character is toast. 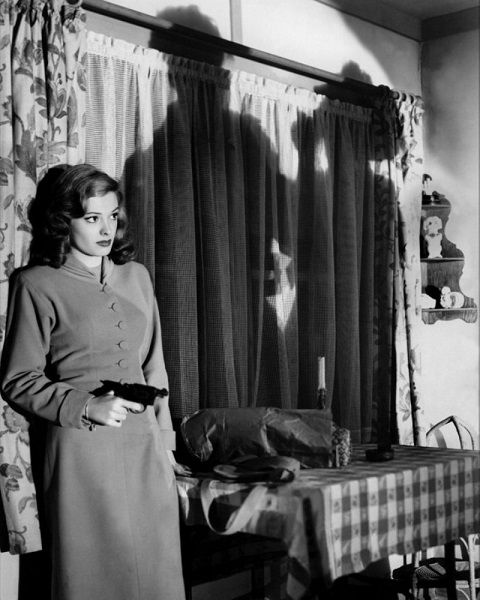 This is the kind of movie I could either write about for days, or write almost nothing about and just make sure I mix in a bunch of beautiful pictures. In the interest of time, because there is a screening tonight a few of you might still be able to make, I will opt for the second. [If you’d like to read what I think of the 1984 remake, though, you can find that here.] 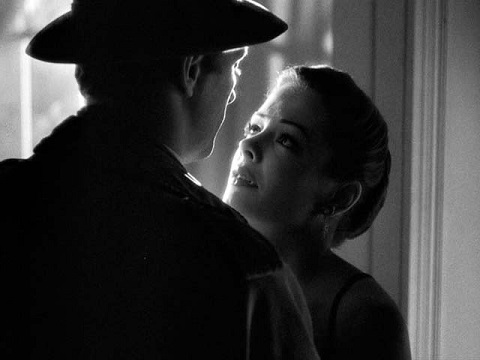 OUT OF THE PAST screens at 8:00pm at MoMA. It will screen again on Thursday at 4:30pm. The first time I ever saw this film was on the big screen (at LACMA, in point of fact) and that is a legitimate blessing. This one will look good anywhere you put it on, but Val Lewton regular Nicholas Musuraca’s incredible camerawork warrants the extra effort and the extra wall space. This is artwork that just happens to move. 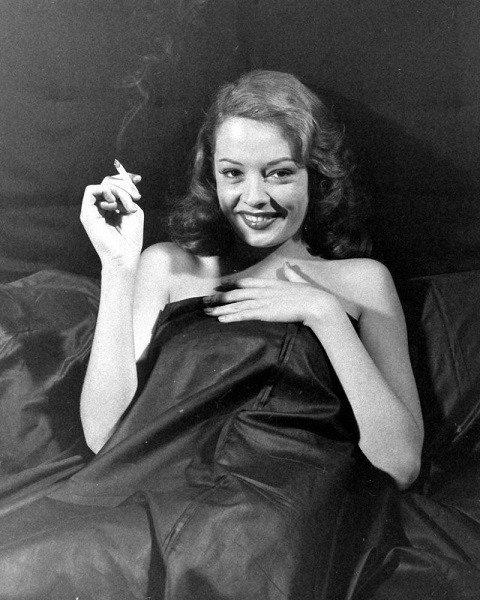 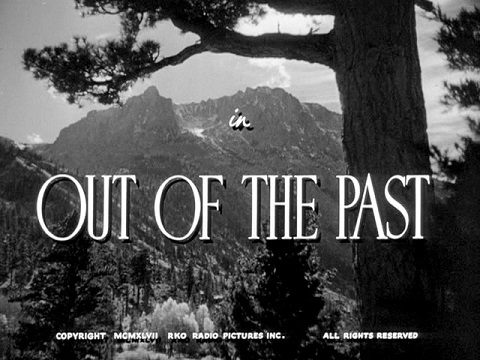