By all accounts, B. Harrison Smith’s CAMP DREAD should be a total mess.  A retro-horror slasher film that makes overt references to genre standards even in the casting, including HALLOWEEN 4 and 5’s Danielle Harris and SLEEPAWAY CAMP’s Felissa Rose, the latter in an overly meta role, and shrouded in the additional gimmick of the making of a reality television show, CAMP DREAD is such a mashing together of modern retro-slasher tropes that it should be falling apart with eye-rolling cliché every other frame.  It even stars Eric Roberts, who is a perfectly talented actor, but not someone renowned for his careful consideration of roles.  (At any given moment, there is an 85% chance that Eric Roberts has a camera pointed at him.) 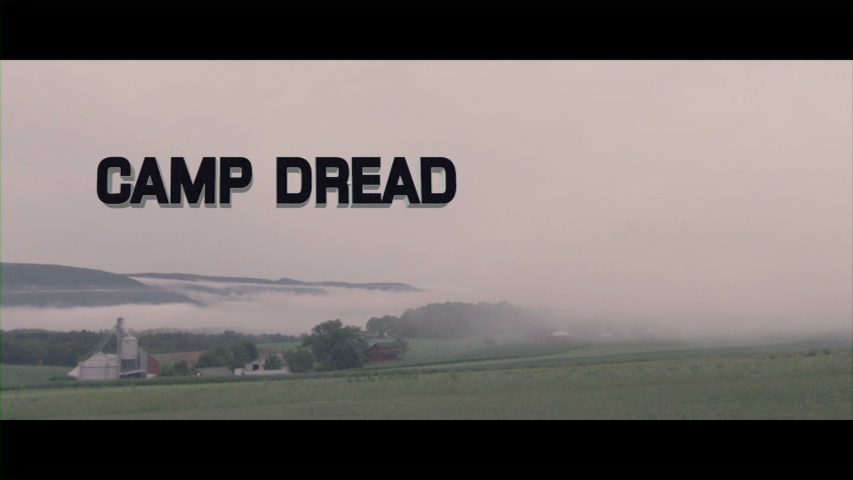 For the first twenty minutes or so, CAMP DREAD certainly looks like a train wreck of ideas.  Introduced via interview footage from something referred to only on screen as “Dead.tv,” the group of future victims are a group of twentysomething folks of various genders, ethnicities and demeanors that seem to be unwillingly auditioning for a reality television show.  The show is the brain child of producer Julian Barnett (Roberts), who hopes to jumpstart his stalled career by rebooting his successful SUMMER CAMP trilogy of ‘80s horror films by shooting a reality show at the same campgrounds where the original films were shot, using the new show as a storyboard to the new trilogy.  Or something like that.

To be honest, it makes little sense, nor does the fact that all of the “kids” involved come from troubled backgrounds, with several of them having chosen the series in lieu of going to rehab.  Coupled with some cheap-looking opening credits (seriously, horror movie filmmakers, do not use lower case letters in a font that looks as though you’re writing a memo to co-workers about keeping the fridge clean), you could certainly be forgiven by bailing on CAMP DREAD before the contestants even arrive at the camp. 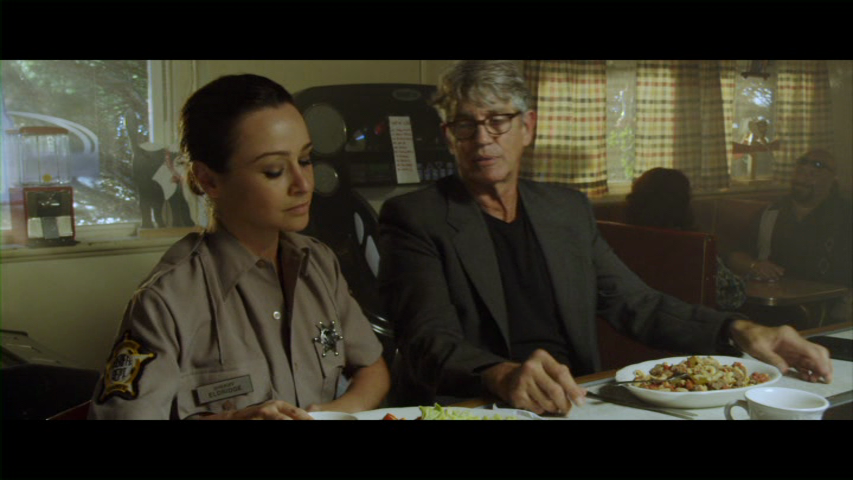 Characters who are aware of how absurd and nonsensical this structure appears is your first clue that Smith has a little bit more up his sleeve.  Also arriving on the scene are two former actors from the SUMMER CAMP films, including former star Rachel Steele (Rose), whom Barnett comments has been “slumming from one horror convention to another, signing autographs at $10 a pop,” and who now works as a counselor.   Barnett tells them that there are cameras everywhere and they’re all part of a competition to win a million dollars, though the actual components of how contestants are eliminated are as vague as anything else.

The group themselves is the usual motley crew, but thanks to some strong performances and the fact that each character is given at least a moment or two of actual humanity, they emerge as more than the standard slasher film victims.  Steele, meanwhile, does her best to try to help the group to the best of her ability, even if that entails the questionable tactic of revealing all of their secrets directly in front of them. 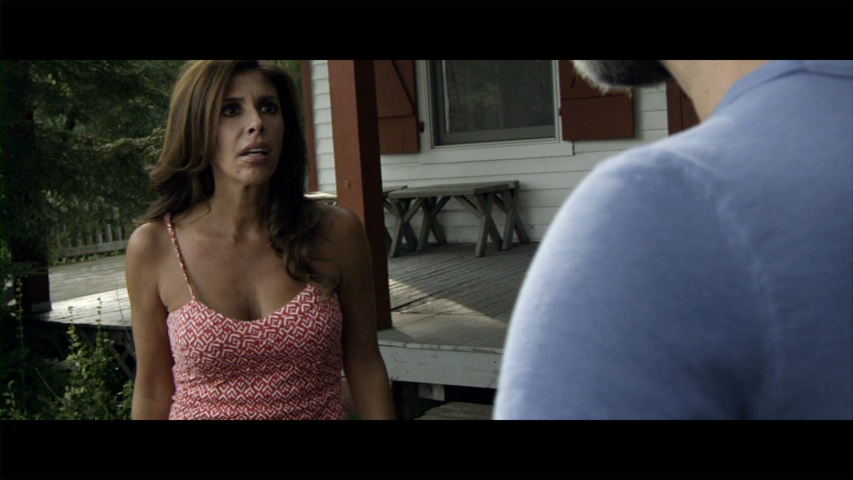 This being a retro-slasher film, the group begins getting picked off for real one by one, usually during some impressive death scenes.  The death sequences, to the film’s benefit, never feel like the reason the film was made but rather a well-thought out asset to it, and a couple of them are positively subtle – the only problematic one is a kitchen-set murder in which I’m not entirely clear what was happening.

Smith clearly has an eye and a love for what made the slasher films of the ‘80s memorable, and, for the most part, that’s apparent during the stalking sequences and the attention to detail with regards to the back story of the SUMMER CAMP films – one that’s clearly been written out in full before CAMP DREAD hit production.  DREAD also pokes at horror film fandom, as Steele’s co-star remarks that she “got tired of getting cum-stained fan mail,” and non-horror fans dismiss the genre as trash.   I only wish Smith’s eye had extended to having more establishing shots, as we often don’t get enough of a feeling as to where one scene is set in relationship to another. 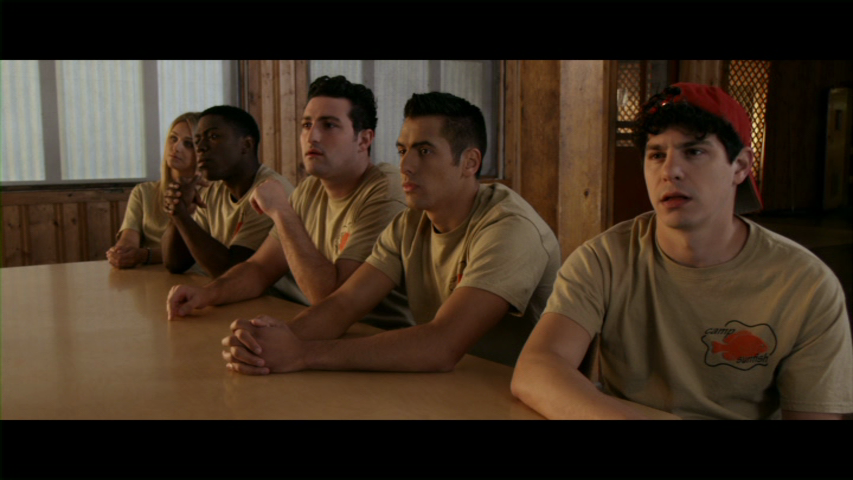 Minor quibbles aside, CAMP DREAD takes all of its gimmicks that could have been detriments and utilizes them to its full advantage.  The retro-horror angle feels like a natural ramification of the plot, the cult horror star casting works fine thanks to a believable performance by Rose (Harris is fine as well, though the second-billed actress is in little more than a cameo) and the reality TV angle even begets a pretty great “Amazing Race” reference.  DREAD may not reinvent the genre, but it certainly embraces it in a perfectly entertaining fashion, rarely falling into the traps in which so many retro-slashers become burdened.