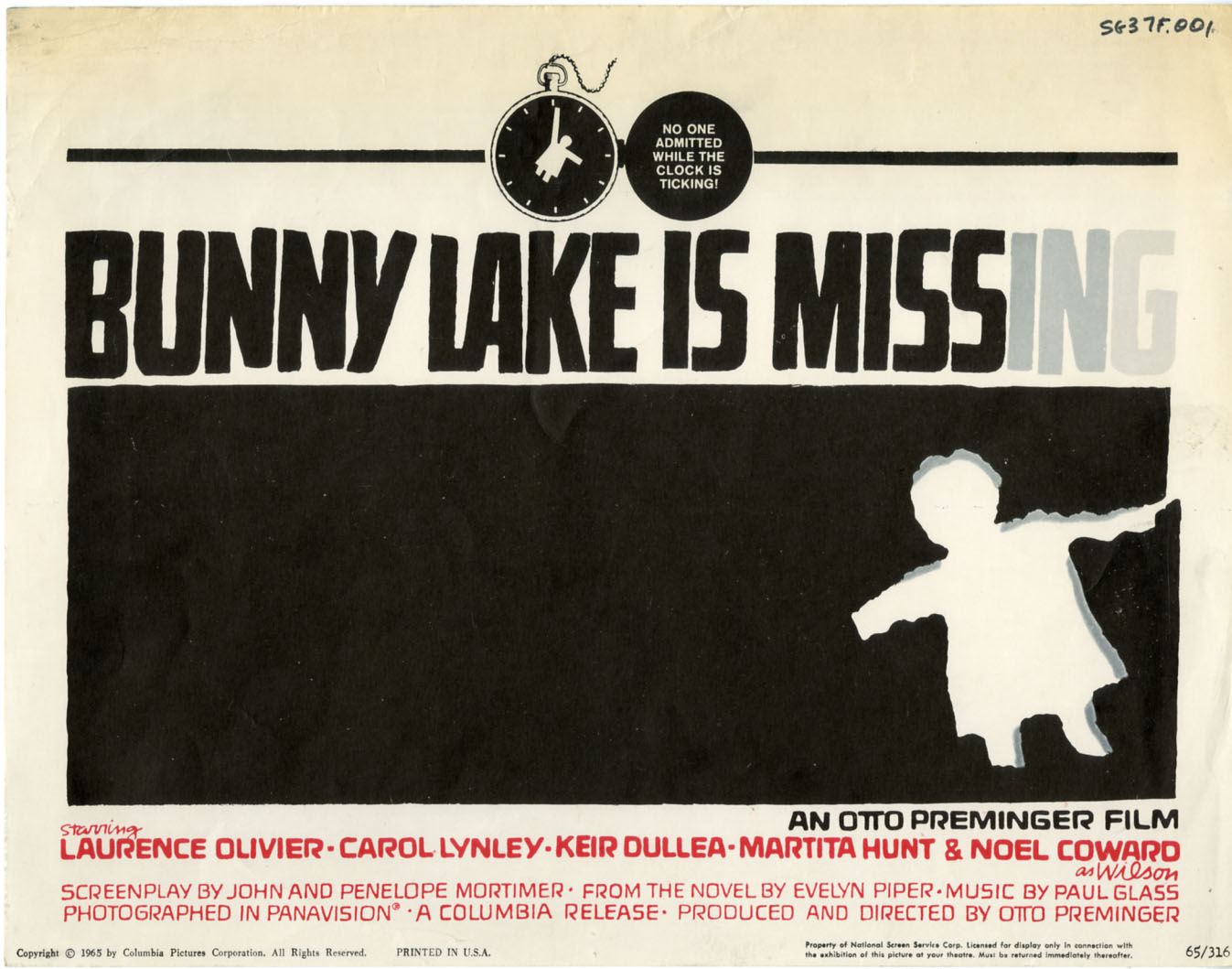 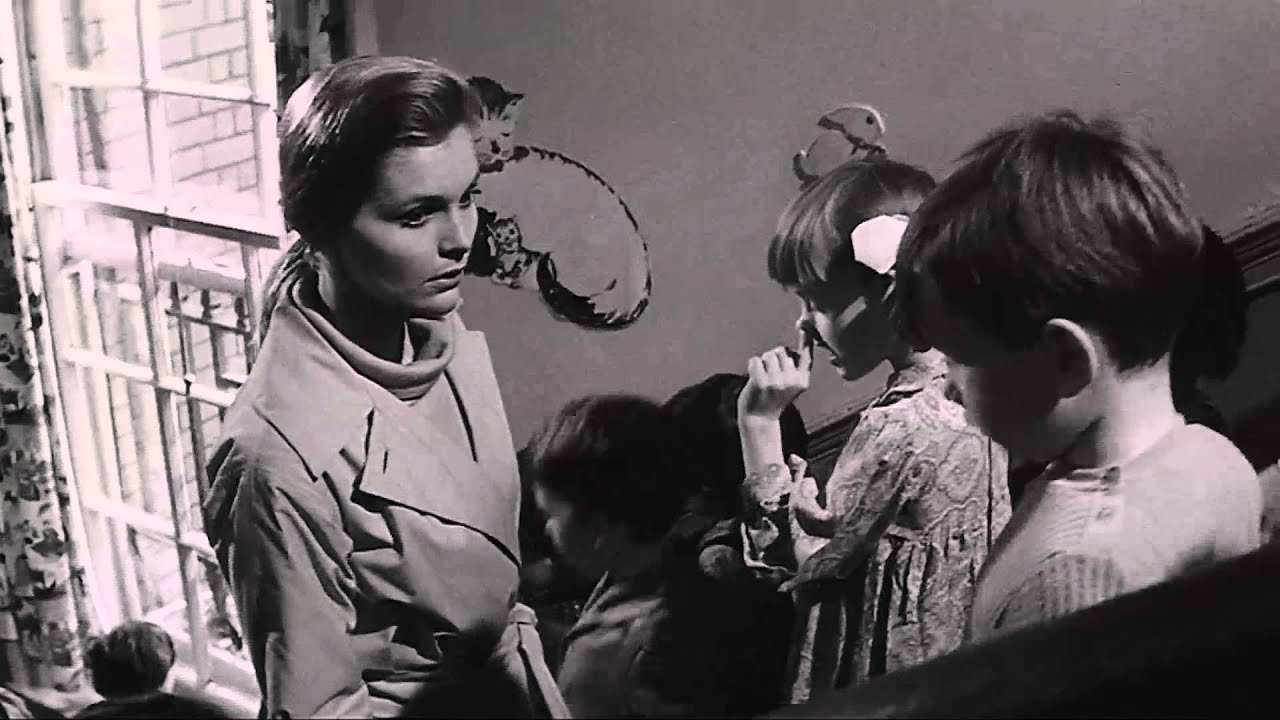 I recently wrote about this film when the boutique Blu-Ray label Twilight Time released it back in November.  I was hoping that the Blu-Ray release would stir up some overdue renewed attention for this film, which is way overlooked and under-discussed and supremely cool. BAMcinématek has it now. It’s a great candidate for a more regular repertory revival status. Reese Witherspoon had been mentioned for the lead role in a proposed remake, which is fine casting indeed, but the original film still holds up fine. Even though it feels very much a product of its time and place (1960s London), BUNNY LAKE IS MISSING retains a hipness and a freshness that many of its contemporaries don’t. As Bill Murray and Prince have proven, when something is weird enough, it stands the test of time.

Directed by Otto Preminger from a script by John and Penelope Mortimer (from a novel by Evelyn Piper), the story of BUNNY LAKE IS MISSING centers on a police inspector (Laurence Olivier) investigating the disappearance of a little girl, the daughter of a distraught single mother (Carol Lynley from THE POSEIDON ADVENTURE). Keir Dullea (2001: A SPACE ODYSSEY, BLACK CHRISTMAS) is memorable in the role of the woman’s brother, and playwright Noël Coward is even moreso in a more marginal role as a total creep. Preminger’s use of the widescreen frame is peerless, as the inky black-and-white photography and the deep dark chasms it creates on the screen manage to heighten Olivier’s character’s suspicion (and the audience’s) that the little girl never existed at all.

Eerie as all hell and occasionally blackly comic, BUNNY LAKE IS MISSING is a cult classic still in search of a cult. Drink its Kool-Aid.