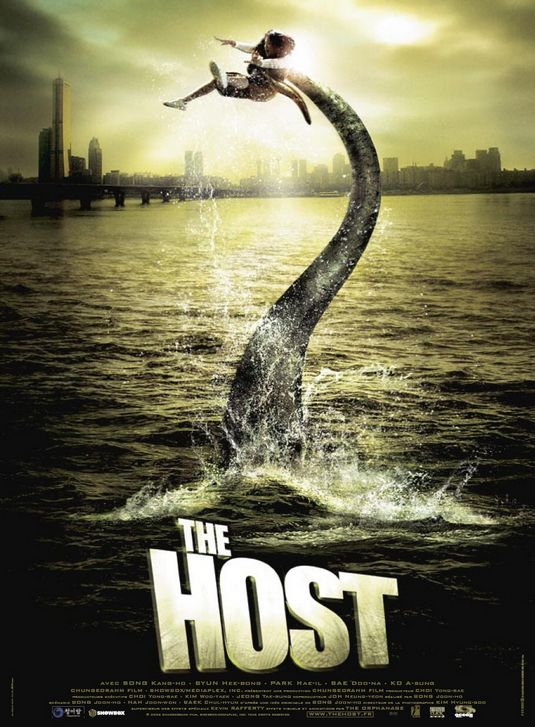 Why watch a movie with subtitles? Because if you don’t, you could miss something truly wonderful.

In hindsight, South Korea’s THE HOST is easily one of the best monster movies of the past twenty years. Regardless of what time of year you’re watching it, it’s just such a great example of what a great summer movie should be. THE HOST is funny, scary, silly, vicious, politically-aware, and profound — sometimes all at once. It’s rare that a movie can get an audience to genuinely care about its main characters at all, but rarer still is when a movie gets you caring right from the first ten minutes, and yes, from behind subtitles. Rarest of all is when this happens in a movie about a mutated river monster laying siege to a major city. 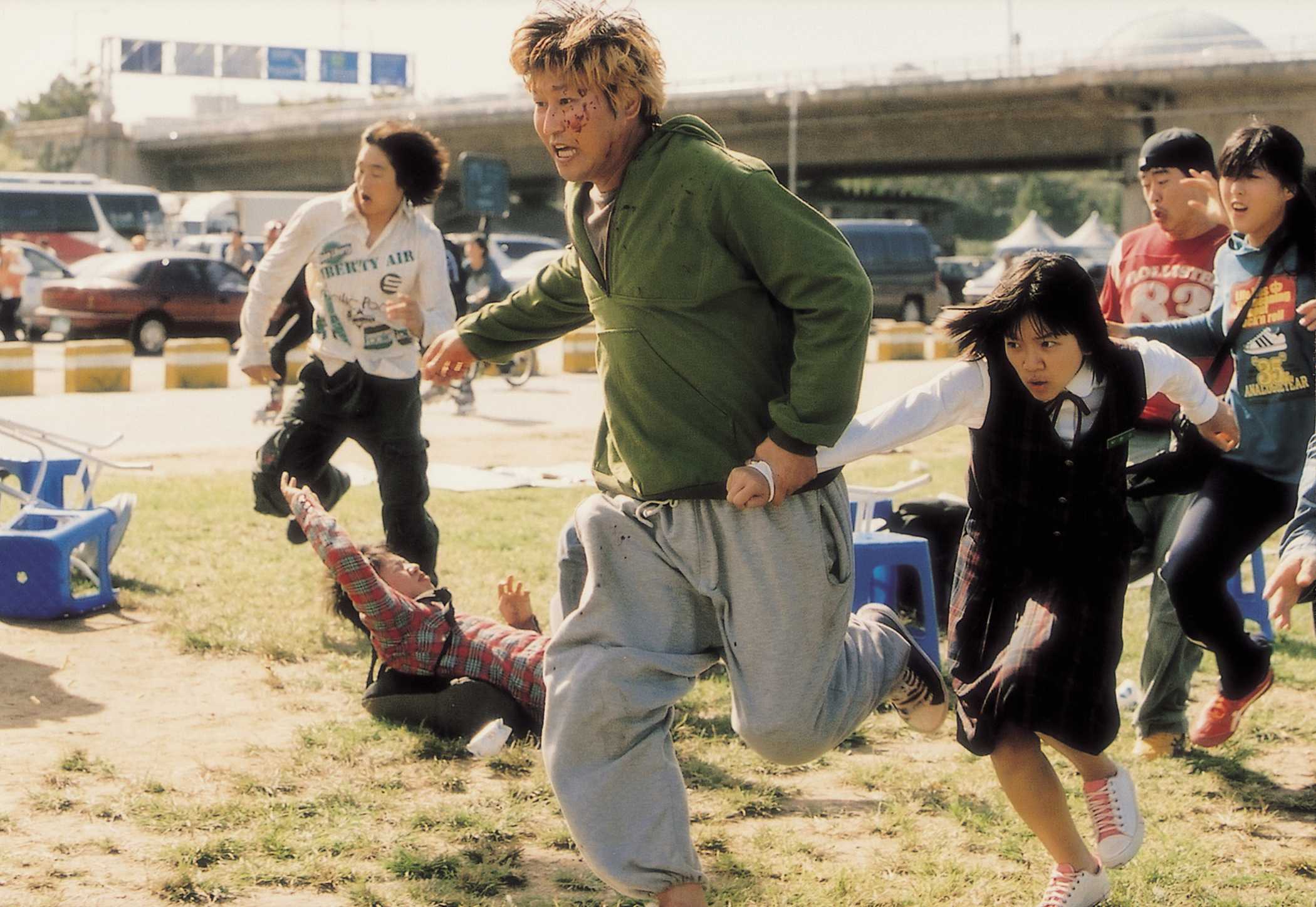 THE HOST is about a family of weirdos and dipshits (really, that’s the scientific term) who have to band together to save a little girl when she’s taken by an American military scientist’s careless mistake gone wrong. That “careless mistake gone wrong” is a real-deal slimy, slinky, swallow-you-up monster, and it’s not one that looks much like any I’ve seen in movies before. An original monster design that is both convincing and interesting to look at is a near-impossible mountain of a prospect — in this case it took an international crew that included New Zealand’s Weta Workshop (of THE LORD OF THE RINGS, 2005’s KING KONG, RISE OF THE PLANET OF THE APES, and many more effects-heavy films). 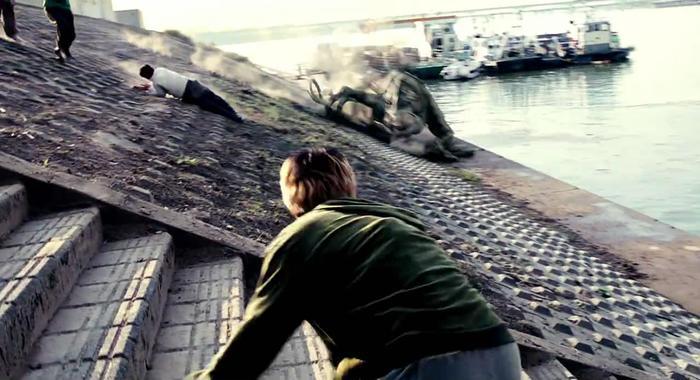 The great monster movies have a simplicity to their engine. The director and co-writer Joon-ho Bong seems to understand that truth. There’s not much to THE HOST‘s story beyond the monster’s initial attack, and then the search for the girl. (Described in those terms, this is not too far afield of the basic plot of 1933’s KING KONG, which is a good ballpark to be inside. Even if you’re playing right field.)  But it’s not just simplicity that makes this movie have impact — even at a full two hours, THE HOST has momentum. Just like Bong’s previous film, 2003’s MEMORIES OF MURDER, it’s impeccably filmed, acted, edited, and scored. And, somewhat less like MEMORIES OF MURDER, the movie is really funny. (This is why many reviews over the years have compared it to JAWS.) The main characters are somewhat dopey, particularly Song Kang-ho as the bottle-blond goofball whose long-dormant layers of depth and resolve eventually reveal themselves. To be honest, I started off laughing at these people — as Bong clearly must have intended — but as the story goes on, I found myself really invested in them, hoping they’d succeed, and worried they wouldn’t.  That’s what really great movies do, in my opinion. They get you to care. And if they can do that while thrilling you, scaring you, and making you laugh? Well, then the comparisons to JAWS don’t seem quite that much of a reach.

THE HOST is playing today at the Jacob Burns Film Center in New York City, and the screening will begin with a Q&A with director Joon-ho Bong! The Center is celebrating one of his films per week for the next three weeks — next week is MOTHER and the week after that is SNOWPIERCER — and he will be attending all three screenings! Visit the Jacob Burns Film Center’s site for tickets and showtimes, and also visit me on Twitter:  @jonnyabomb