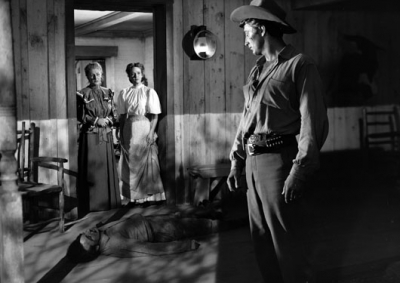 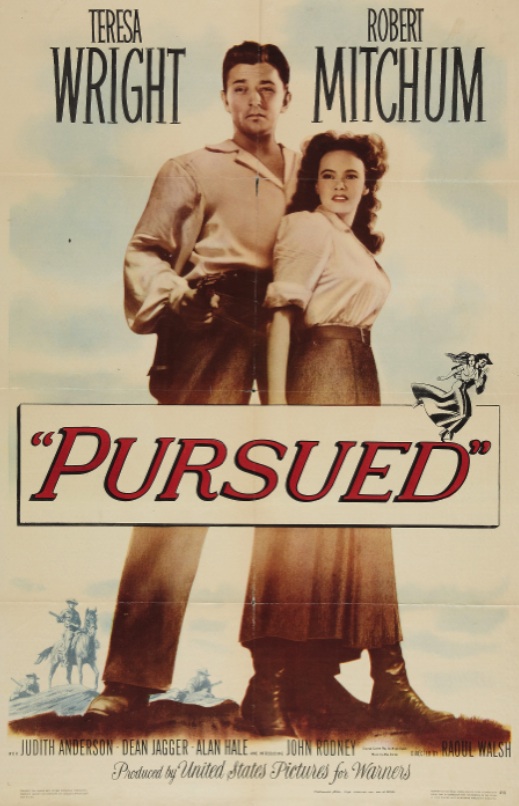 After a long day, there ain’t nothing like a nice genre-blender.  Do you like Westerns?  Do you like film noir?  Do you know there are ways you can get both at the same time?  You could start off with John Ford’s MY DARLING CLEMENTINE, which is absolutely a Western but thanks to Joseph MacDonald’s stark black-and-white photography, sure looks on the face like a noir.  Or you could try 1947’s PURSUED, which screens tonight at the Rubin Museum in New York City. 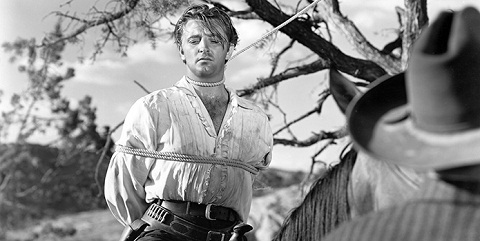 Robert Mitchum plays Jeb Rand, an orphan who is taken in by relatives of the same man (Dean Jagger) who killed his family.  Judith Anderson, who played the spooky governess in Alfred Hitchcock’s REBECCA, plays the foster mother, and Teresa Wright, who starred in Hitchcock’s SHADOW OF A DOUBT, is the confusingly-attractive foster sister.  The movie is about Mitchum’s character confronting his past, both literal and figurative in equal parts. 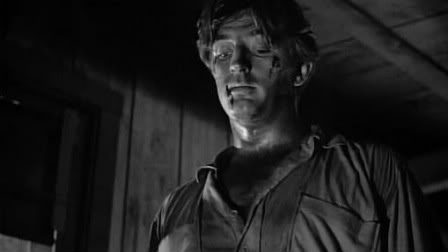 Martin Scorsese is a big fan of PURSUED — the first time I saw it was on VHS, on a long-since-discontinued series called Martin Scorsese Presents.  Apparently Jim Morrison was also a fan.  This was the movie he watched the night he died.  Don’t hold it against the movie.  That one is all on heroin’s shoulders. 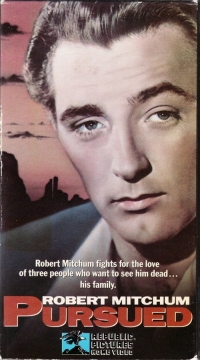 For more enlightenment on an under-remembered American film, check out Dave Kehr’s superlative review of PURSUED.  Olive Films, who I will love forever for putting HANNIE CAULDER on Blu-Ray, has also issued a new package for PURSUED.  Highly recommended. 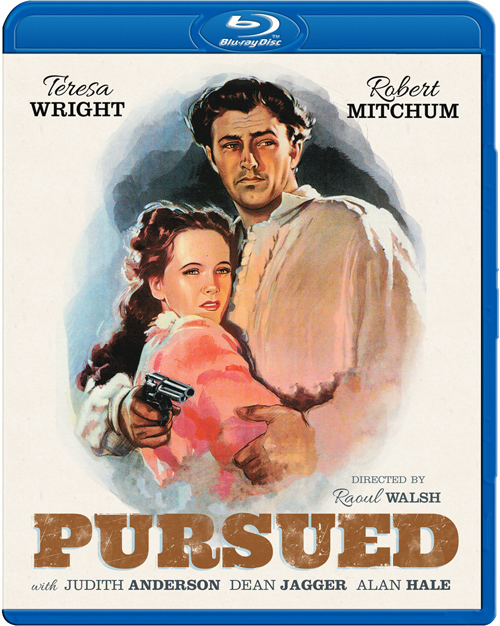