I’ve been a musical theatre geek for a very long time and, in meeting my wife, found someone who appreciate actors treading the boards and belting out some of the greatest tunes penned by songsmiths. During our marriage we’ve seen some of the greatest hits that 42nd Street and its accompanying district has to offer (albeit mostly in Texas as we live in the Lone Star State). Still, we’ve run the gamut from shows like The Book of Mormon, Once (which is probably my favorite musical – and one of my favorite movies), Rent, and Dear Evan Hansen – all shows we consumed hungrily with a twinkle in our eyes. And once we had children (Millie and Orin), we naturally shared our love of musicals with them and they’ve fallen madly in love with the spirited singing of some of the biggest shows out there. I finally got to see my first musical on Broadway, Hamilton, with them at the Richard Rogers Theatre during my first sojourn to the Big Apple (because our kids can recite it chapter and verse).

A little while later, once the Beetlejuice: The Musical, The Musical, The Musical‘s soundtrack released digitally, we devoured it. Listened to it non-stop, to the point where my daughter, Millie, can joyfully sing “Dead Mom” right along with original cast member Sophia Anne Caruso and have a blast on the back and forth bantering that accompanies the thunderous crooning in one of the best songs in the show, “Say My Name.” Once we made the decision that we would be visiting New York again, and since Beetlejuice is still on Broadway at the Winter Garden Theatre, we would be nabbing tickets to see the spectacle that so many others have been talking about, their first original cast show as well. Ladies and gentlemen, I’m happy to tell you that it was completely worth the wait.

If you’re all too familiar with Tim Burton, Michael McDowell, and Warren Skaaren’s spook-show about everyone’s favorite creepy bio-exorcist, then you’re right at home. Scott Brown (Castle Rock) and Anthony King (Silicon Valley)’s book takes the basics of what made the 1988 horror-comedy so great and expands on the material in a way that doesn’t undermine the film, but enhances it to give the show a robust texture that makes audiences cackle and sob when the moment is right. There are twists and turns, like the ghost with the most says himself “such a bold departure from the original source material!” But as someone who loves the film and has seen it many, many times I loved the direction that Brown and King took with the piece. 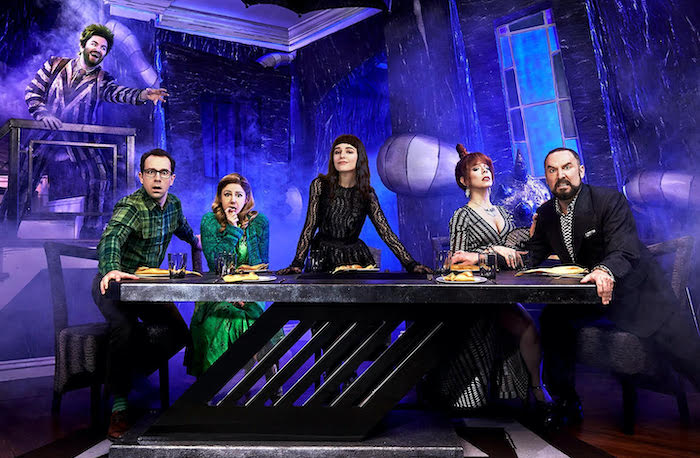 The music and lyrics by Eddie Perfect are just splendid, from the aforementioned showstopper “Dead Mom,” the intro track “The Whole Being Dead Thing” which buzzes with sugary, morbid energy and the mournful, touching eleven o’clock number “Home.” The set design is so damned eye-popping, never has the word spectacle been so apt, but here it’s pretty perfect. The multiple set changes, which accurately conforms to the Burton-esque charm from the film, whether it be the fuddy-duddiness of Adam and Barbara Maitland’s home pre-and post-death to when Beetlejuice takes over at the second act break and turns the domicile to something much more diabolical. Your eyes will always be glued to the carnival colors of the set and this makes set designer David Korins and lighting designer Kenneth Posner, the unsung heroes of the show.

The cast, my god, is something special and every single one of them are stars in the making. There’s Alex Brightman (The School of Rock) who rips into the role of Beetlejuice, fangs completely bared, whipsawing from rude and crude stand up-comedian to endearing, schlubby sad-sack. There’s Sophia Anne Caruso (Lazarus), who is guaranteed to be a star based on her performance that highlights her abilities as, if you’ll pardon the cliché, a triple threat (singing, dancing, and acting). The way she guides her voice from angelic harmonies to the primal howl of an angsty teen is nothing short of magnificent.

The duo of David Josefsberg (Waitress) and Kerry Butler (Little Shop of Horrors) are terrific, both vanilla ice cream in life and wickedly sharp in death (also pointedly sad – there’s a line that Josefsberg says that caught in my throat, it’s about dad jokes, for what it’s worth). Leslie Kritzer (Hairspray) is revelatory as the airy lifecoach Delia and pulls double duty as the sterling silver sexpot Miss Argentina (“What I Know Now” is a terrific tune), stealing the show out from under the cast with her hilarious pronunciations. 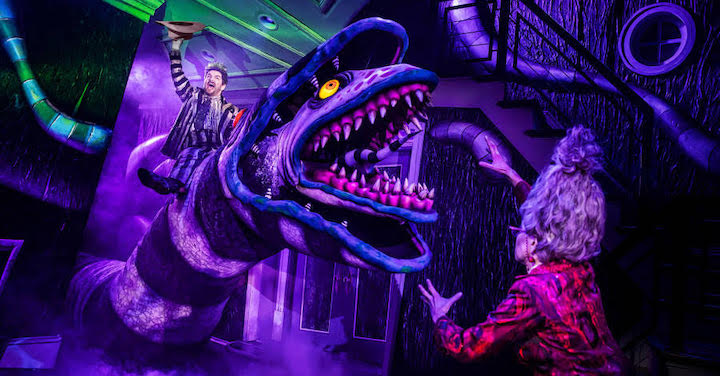 It’s a real shame the show is ending its time at the Winter Garden Theatre, because the venue is pitch-perfect for Beetlejuice and for Winter Garden. Booting a miracle of a theatrical experience like this could be essentially tossing away potential dollars into the gutter, as many have noted, because it was a packed house at the performance I attended (December 28th). Even more impressive was stepping up to the challenge of keeping Orin’s attention (a four year old) for two and a half hours; no small feat, and yet Beetlejuice did it. And they’ll continue to do it until June 6th. It’s a top five Broadway show for me and that says a lot. Don’t miss out. 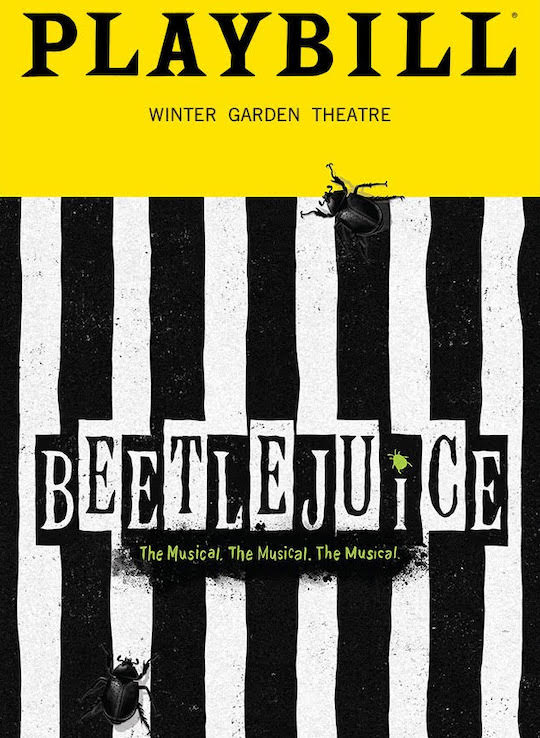