Must be a Broadway kind of day. That line will make sense in a few hours when something else posts. Is it great? No. But does it work? Mostly. And that’s the vibe of January 2!

Technically a new year, but still part of the same work week; a weird mix of some people having the day off, some people having to work; no longer attached to the thrill of New Year’s Eve, nor the dreaded hangover of New Year’s Day…but both will remain the majority of small talk you’ll endure. January 2nd is a liminal state, where the name of the game is just getting through it without messing up too badly.

But there’s a salve for this phantom Thursday and it has arrived from the past. I watched and completely loved JOHN MULANEY & THE SACK LUNCH BUNCH on Netflix (do so if you can; it’s delightful). One of the highlights in a special filled with highlights was the appearance, performance, and words from living legend André De Shields. De Shields is a behemoth of Broadway who has been blazing a trail in live theater since 1969. 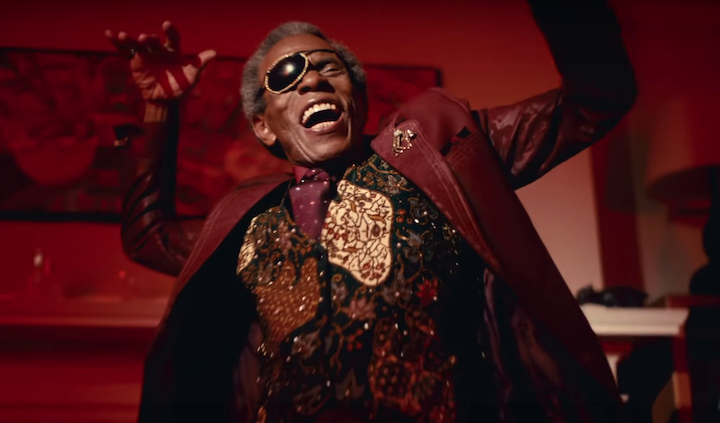 From Hair, to originating the titular role in The Wiz, to his most recent Tony Award-winning performance in Hadestown—De Shields has acted, sang, danced, written, directed, and choreographed some of the biggest shows, with some of the biggest names, and all to resounding critical acclaim. I first came to know about him when I was doing research on The Wiz (you know, like cool kids do) and then was blown away when I saw him at the Tony Awards for Hadestown. Having him pop up on THE SACK LUNCH BUNCH for a song nominally about math (and ocular safety) reignited my love for the incredible artist.

This is a long preamble to the fact that there’s a video from 2015 where De Shields plays every single role in a recreation of a scene from GHOSTBUSTERS (1984).

It’s the beloved “mass hysteria” scene—where the Mayor, Chief of Police, the Cardinal, Walter Peck, and the Ghostbusters are meeting about the situation befalling the city. This re-enactment was directed by Ryan O’Leary as part of the OUR GHOSTBUSTERS REMAKE project, which was mostly inspired by OUR ROBOCOP REMAKE (which is transcendent if you haven’t seen it), and eventually became part of its own loosely compiled film.

The original scene from 1984’s GHOSTBUSTERS, for comparison’s sake: