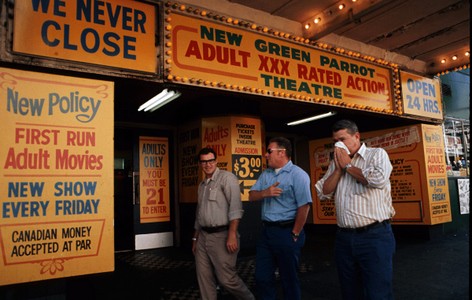 HOUSE OF SIN is totally forgettable softcore. At least I think it was softcore. The movie might be an art film. Regardless of the moniker chosen, rest assured, HOUSE OF SIN sucks.

The titular house is run by Mage, who may or may not be played by Ralph Malph. The titular “sins” are basically the same scenarios repeating themselves over and over. Just to mix things up, Mage will occasionally wax philosophic while said naughty things occur: exotic dancing, women kissing, leather sporting, and butt spanking. Like spanking? There’s plenty of spanking here. Ya weirdo. 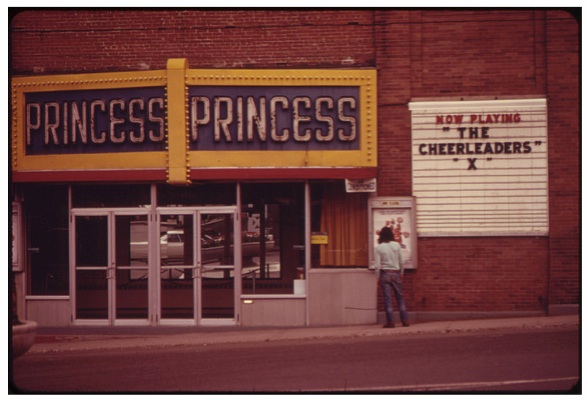 When they’re feeling charitable, the filmmakers try to spice things up with a little visual flair – occasional lapses into black and white, cut screens (usually depicting two boring things happening simultaneously), odd scene transitions – anything you might see in your Video Yearbook, assuming you graduated around 1993.

The music is also horrific, ranging from generic metal to generic hard rock. The common denominator is crap.

Nothing to see here, folks. Move along.

SCHOOLGIRL REPORT #9 is a German flick which starts out like so many of its skintastic brethren: With a horrific car crash.

The rest of the movie centers on two cantankerous policemen as they scrutinize the files of the car crash participants who, amazingly, weren’t killed in a fiery ball of twisted metal. Each has a unique story, and each unique story is pretty damn boring. 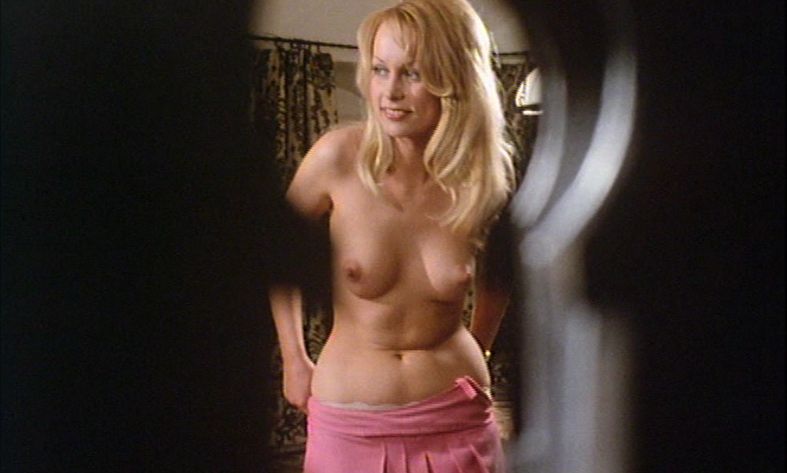 Obviously, this was the feel good hit of Germany back in 1975.

Sadly, since I haven’t seen SCHOOLGIRL REPORTS 1-8, I can’t attest to the series’ story continuity or lack thereof.

Now this is what I’m talking about.

When I pop in a skin flick, I’m not looking for intricate plots, relatable characters, or worse, incredibly weak attempts at being pretentious and/or artsy. I’m looking for sleaze. And when it comes to sleaze, these compilations deliver.

Aesthetically, these films look like the genuine article; movies you’d see in a dilapidated theater on the wrong side of town back in the early 70s. The picture is grainy and faded, the sound quality is dubious, and the only thing uglier than the acting is the actors themselves. 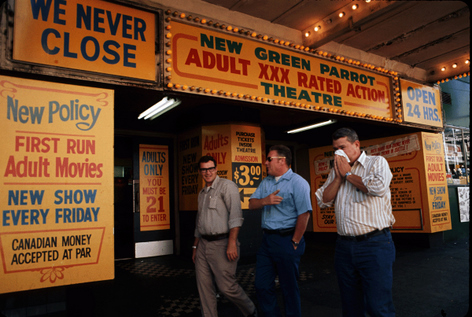 If forced to pick between the two sets, I’d recommend SEX BEFORE MARRIAGE. It’s just as sleazy as DADDY’S GIRL, but with less studio interference.