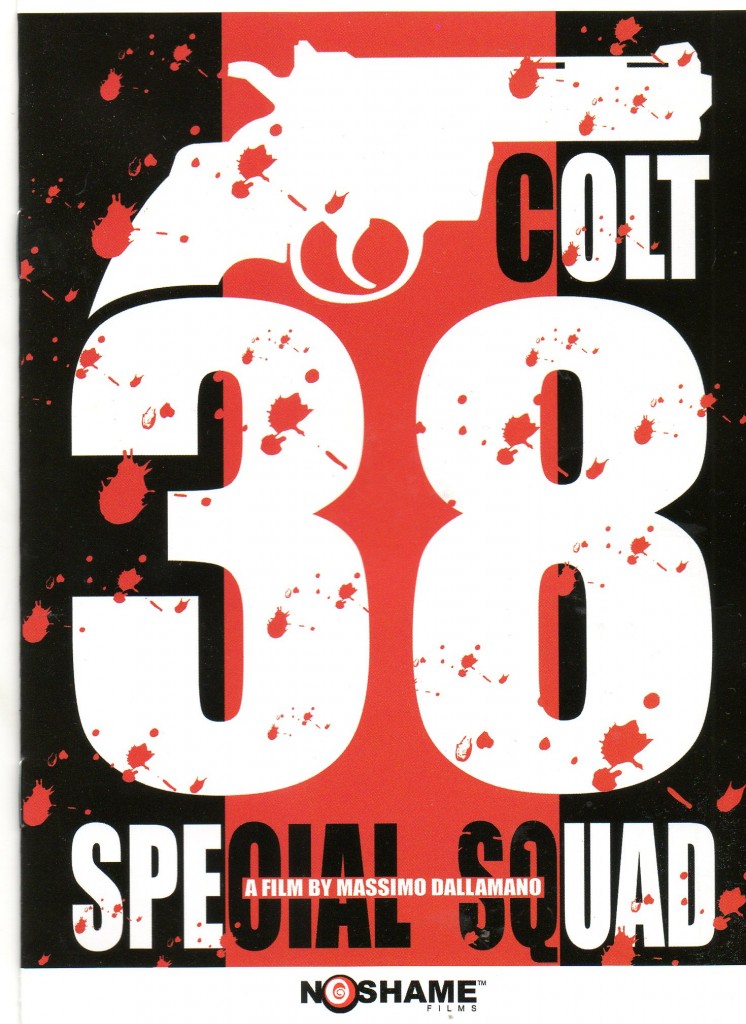 Dallamano’s COLT .38 SPECIAL SQUAD is a superb entry in the poliziotteschi subgenre of Italian Exploitation films.

In the city of Turin, Captain Vanni (Marcel Bozzuffi) is desperately trying to apprehend the vicious crime boss Marsiglese a.k.a. Black Angel (played by a menacing Ivan Rassimov). When Vanni and the police break up one of Marsiglese’s warehouses, he gets revenge by finding out where Vanni lives and kills his wife. At the funeral, Vanni tells his superiors that he has had enough and wants to quit. They tell him that they need him and authorize him to organize a secret team to fight criminals.

Vanni unites four other cops, their i.d.s are erased and new guns are distributed to each of them. For three months they train in the country on dirt bikes, honing their marksmanship, etc. as if they were on army maneuvers.
The Squad is quickly put into action by Vanni when three gunmen have a building under siege and demand a car or else they will kill the woman they have hostage. The other cops on the scene are thinking about the best way to handle the situation. Vanni, looking cool, calm, taking a drag from his cigarette, a slight grin on his face, says give them a car. The cops are a bit dumbfounded, but follow the order just the same. 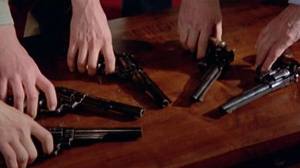 The three armed thugs come out with the woman and take her with them in the car. They speed off and Vanni doesn’t want it pursued. The crooks think they have made a clean break, but the Squad is waiting for them. They take them out and rescue the girl.

That night after a celebratory drink, a group of young guys steal a car in front of the bar just as the team are exiting the same place. They jump on their cycles and give chase. In trying to evade the Squad, the driver of the car inadvertently runs over a traffic cop. The car eventually rolls over and one by one the young punks are rounded up.

It is discovered that there was a lot of money hidden in the trunk of that car, the amount of which matches up with a sale of dynamite. Marsiglese has returned to town with a new face, passport, etc. and finds out that Vanni knows about the dynamite and his connection to it. Vanni, his Squad, and some other detectives on the case start busting connections of Marsiglese’s to find where the explosives are being kept.

Marsiglese and his goons begin packing several briefcases with T.N.T. One is placed in a train station locker that Marsiglese detonates from his car that has a radio transmitter and a police band. Many are killed in the explosion and Vanni and his superiors learn that there are several similar cases placed all over the city. They are set off by radio signal, but the frequency cannot be tracked because Marsiglese’s car detonator is always on the move. Marsiglese demands $10 million dollars in two days or he will start setting off all of the explosives. He also wants Vanni off the case and since the higher-ups don’t want to risk any more lives, they remove Vanni from the assignment and place his Special Squad under the command of someone else.

But Vanni is not one to give up, so with help from the Squad and some detective work, he may finally catch Marsiglese. But things are going to get brutal before they get better.

COLT .38 SPECIAL SQUAD is an engaging film through and through. You generally find yourself caring what will happen to the characters as well as enjoying the action. It is well shot by Gabor Pogany and Dallamano who was a cinematographer and filmed A FISTFUL OF DOLLARS and FOR A FEW DOLLARS MORE for Leone, so he knows how to use the camera to tell the story as well as the action scenes. Stelvio Cipriani provides a wonderful score as usual. The car/motorcycle stunts are expertly handled (including one stunt of a car driving at speed on top of a moving carrier train).

For me the stand out in the film is Marcel Bozzuffi as Vanni. He plays the character as determined and even when his tiny moments of getting the upper hand on Marsiglese are dashed, he soldiers on, although the odds are continually raised against him. Bozzuffi as Vanni comes off as an everyman. You feel his frustration in trying to track down Marsiglese. He is tough, but realistically so. Not only are we unsure if he will catch the antagonist, but with all the ruthlessness and violence, we don’t know if he will survive to the end credits!

Bozzuffi may be best known as “The Frenchman” in William Friedkin’s THE FRENCH CONNECTION. He was also in Robert Altman’s haunting, psychological thriller IMAGES with Susannah York and ,interestingly, in Lucio Fulci’s 1980 great crime film CONTRABAND, he played a sadistic of crime lord who also had the name of Marsiglese. 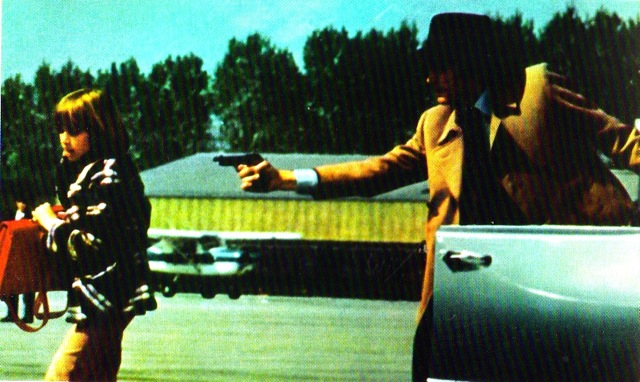 This is a highly recommended film, one of the best this sub-genre has to offer, and sadly it was Massimo Dallamano’s last film before he died.
Italian genre fans will spot Frank Garfield (Franco Garafalo, from Bruno Mattei’s HELL OF THE LIVING DEAD and THE OTHER HELL) who gets some of his fingers slammed off in a car door after being shot in the leg. And in a nightclub scene on a small stage is Grace Jones singing “I’ll Find My Way To You” composed by Stelvio Cipriani.

For more films like this seek out: LIVE LIKE A COP, DIE LIKE A MAN; ASSAULT WITH A DEADLY WEAPON; BLAZING MAGNUMS; and ALMOST HUMAN just to name a few.