Reviewing a movie is a heck of a lot trickier than one might think. Sure, it’s easy to rattle on about what you liked or didn’t like about the film, but, to me anyway, that’s not what reviewing is about. Even for the most clichéd of films, a review should give the reader just enough information about the film in terms of plot, style and perceived intent of the filmmakers for the reader to make their own call as to whether or not they’d be interested in a film even before the notes of judgment start getting hit. A review isn’t as much about “rating a film” as it is defining the film’s intended audience and making assessments as to how it works for them, and a good percentage of explaining the film to that audience is relating what the film is about.

Dutch director Alex van Warmerdam’s BORGMAN, the latest release from Drafthouse films that opens in select theaters this Friday, is a royal pain in the ass to review, a fact I can verify by accounting for the past half hour I’ve spent staring at a blank Microsoft Word page. Not because BORGMAN is a bad film, mind you – it’s an astonishingly impressive puzzlebox of a work, one that kept me glued to the screen every frame of the way. But I don’t really want to say too much about what happens in the film, because virtually every scene surprises to such a degree that I’d feel bad about mentioning any details to a prospective audience member, of which you should be one. 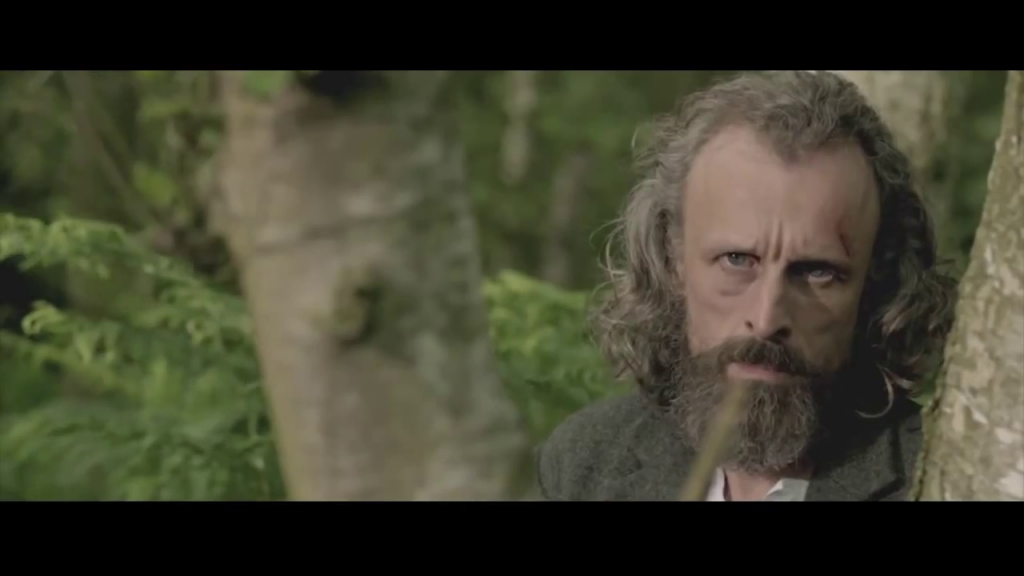 I realize this doesn’t help at all when it comes to describing the plot of BORGMAN. So let’s go with the synopsis Drafthouse supplied in the press release:

“A dark suburban fable exploring the nature of evil in unexpected places, Borgman follows an enigmatic vagrant who enters the lives of an upper-class family and quickly unravels their carefully curated lifestyle. Charming and mysterious, Camiel Borgman seems almost otherworldly, and it isn’t long before he has the wife, children and nanny under his spell in a calculated bid to take over their home life. However, his domestic assimilation takes a malevolent turn as his ultimate plan comes to bear, igniting a series of increasingly maddening and menacing events.”

Fair enough! And that’s essentially what the film is about! But change a few words here and there, and it’s also what TEOREMA is about. And THE VAGRANT. And PACIFIC HEIGHTS. And WHAT ABOUT BOB. Sort of. 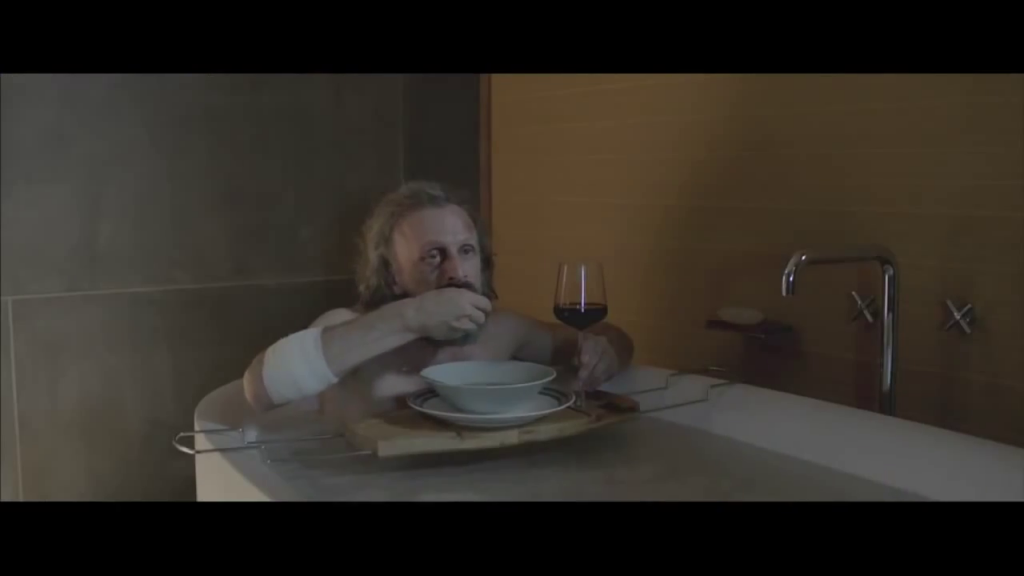 And it’s certainly true that BORGMAN can be summed up by the old “a stranger comes to a home and wreaks havoc” plot. But BORGMAN’s titular stranger is more than just a wandering soul who inserts himself into the livelihood of a well-to-do clan. He also has a few cohorts to help him along the way, and they’re just as—

Eh, crap. I don’t want to say too much. Let’s see how the trailer sells the film.

Well, that’s just no help at all – the trailer editor clearly had the same problem I do, resorting to a series of images from various points during the film’s running time without giving more than a hint as to the actual contents.

It’s probably the best tactic. Some have made comparisons between BORGMAN and Michael Haneke’s FUNNY GAMES, and tonally, the films are certainly similar. Shot very matter-of-factly with minimal music, BORGMAN shares a feeling of brooding malice with Haneke’s work and the excellent DOGTOOTH. BORGMAN isn’t about shocking moments – while it has more than a fair share of them, you can almost feel them coming to the point where van Warmerdam plays with your expectations, occasionally setting up scenes filled with conceptual danger only to have the anticipated rug of violence ripped out from under you. 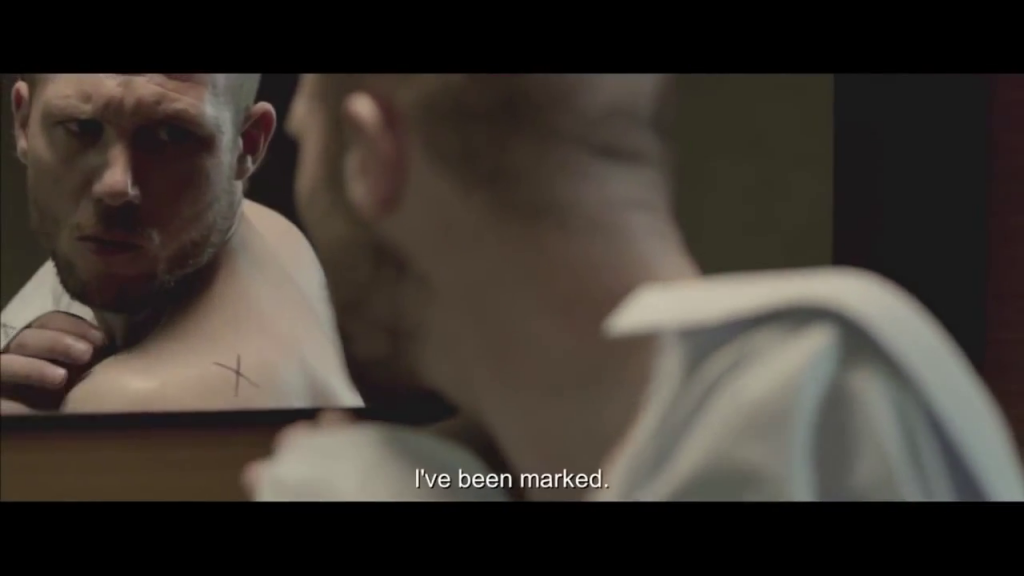 BORGMAN isn’t just masterfully staged for the sake of unease. There’s plenty going on thematically as well, with the titular character and his cohorts serving as lower-income counterpoints to the wealthy family. Father Richard serves as a humorless, overdriven archetype of the newly wealthy, who condescends to those he thinks of as beneath him and has more than a flash or racism. Mom Marina is a counter to his flippancy, to the point where she feels guilty at even the slightest hint of disrespecting those below her perceived social level. These two starkly opposing personalities end up being the catalyst for Borgman’s entry into their home, and their interplay alone could be cause for some heady post-watching analysis.

BORGMAN is more than just discussion of class issues, however, and any adventurous film fan who has been more than willing to jump into the likes of DOGTOOTH or FUNNY GAMES shouldn’t hesitate to see it for a moment. The key word here is “adventurous,” though – folks expecting a fairly standard stalker film with a foreign twist will just find themselves frustrated – this isn’t THEM or even INSIDE, as the “disturbing” aspects come from tone and unexpected scenarios rather than severe violence. BORGMAN doesn’t offer any kind of easy answers as to the true motives behind the characters, and as most of those on screen are unrepentantly unsympathetic individuals meant more as figureheads instead of actual people, it will certainly be a frustrating experience for some. 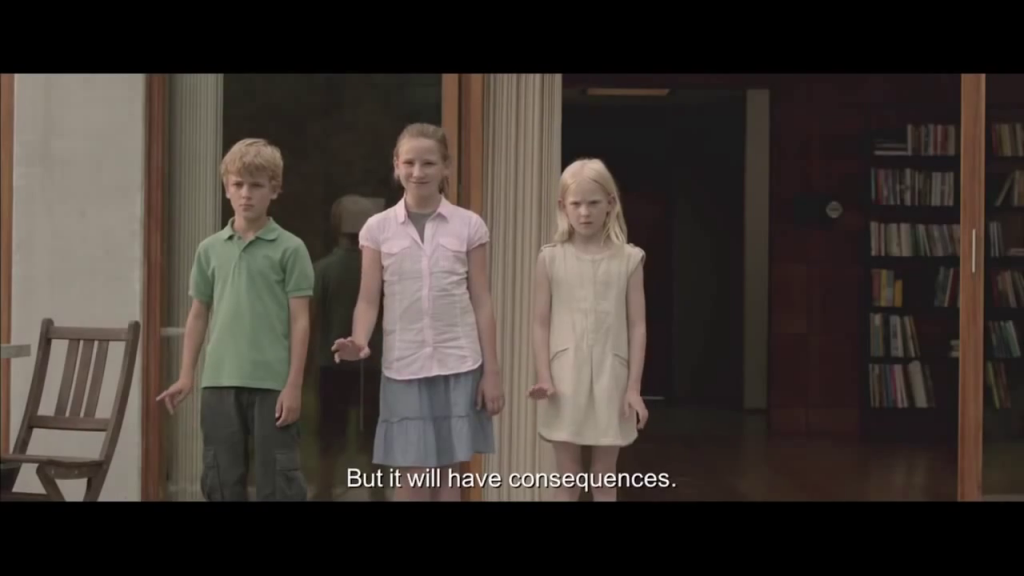 And, honestly, those “some” should probably just stay away – BORGMAN is a film for a pretty specific taste and an openness to being perplexed. If you go into a movie-watching experience with the attitude not of “entertain me by showing me stuff I like” but rather “entertain me by showing me something new” (and, to be fair, most of Drafthouse’s output has been geared towards this audience to some extent), BORGMAN will definitely deliver.

Or to put it another way, if you’ve made it to the end of this review without wanting to punch my lights out, you’ll love BORGMAN.