Actress Jane Adams, whose cult film credits include THE BRUTE MAN, Vicki Vale in 1949’s BATMAN AND ROBIN serial the hunchbacked Nina in HOUSE OF DRACULA, has died at the age of 92. 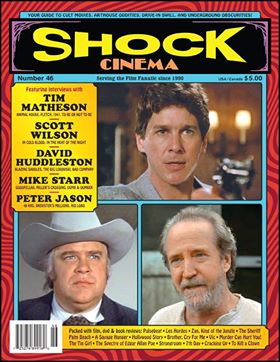 Our own Matt Wedge defends De Palma’s SNAKE EYES over at his Obsessive Movie Nerd blog.

Kino announces ACROSS 110th STREET, DRUM (from the Scorpion arm) in September on Blu-ray.

William S. Wilson delves into DEEP STAR SIX as part of a look at the underwater films of 1989 – our 25th Anniversary Project had better strap on its air tank!

“Walking Dead” pinball (or at least video pinball) is coming.

BLACK ROSES director John Fasano and Mike “McBeardo” McPadden, the writer of the upcoming “Heavy Metal Movies: Guitar Barbarians, Mutant Bimbos& Cult Zombies Amok in the 666 Most Ear- and Eye-Ripping Big-Scream Films Ever!” join the Projection Booth Podcast for a discussion on the flick on their latest episode. 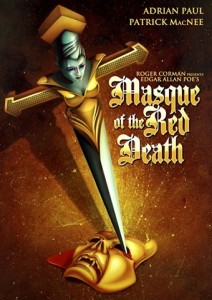 The Wachowskis’ high-concept JUPITER ASCENDING is pushed back until February 2015 to “finish the numerous special effects.”

ADJUST YOUR TRACKING director talked about VHS collecting on the Howard Stern show – link here, starts about three minutes in.

This short chronicling the history of the horror anthology film is certainly worth your 12 minutes (with input from Joe Dante and Larry Fessenden):

Edgar Allan Poe and Stephen King face off in the latest Epic Rap Battle of History:

Here’s a trailer for the action pic DRONES from HALLOWEEN II and RESURRECTION director Rick Rosenthal: