“PG-13 horror” gets a bad rap in the horror community. Every time a new horror film comes out tagged with the PG-13 rating of alleged family friendliness, you’ll hear scattered scoffs on horror message boards and group pages about how it can’t possibly be great because it’s not violent enough. Of course, a good percentage of them will end up converted eventually when a good one comes out, like THE OTHERS, THE RING or DRAG ME TO HELL, and they’ll was nostalgic about the films they saw in their childhood that drew them into the dark world of horror, titles like WATCHER IN THE WOODS, SOMETHING WICKED THIS WAY COMES and POLTERGEIST*.

But there’s no reason to excise PG-rated horror from your diet, and for those wanting to expose future generations to the joys of the macabre, there’s no better way. The recent influx of young adult films have certainly veered into more eclectic territory, especially if you look beyond the sexless dystopianism of THE HUNGER GAMES or the puritanical sexual brooding of the TWILIGHT franchises. 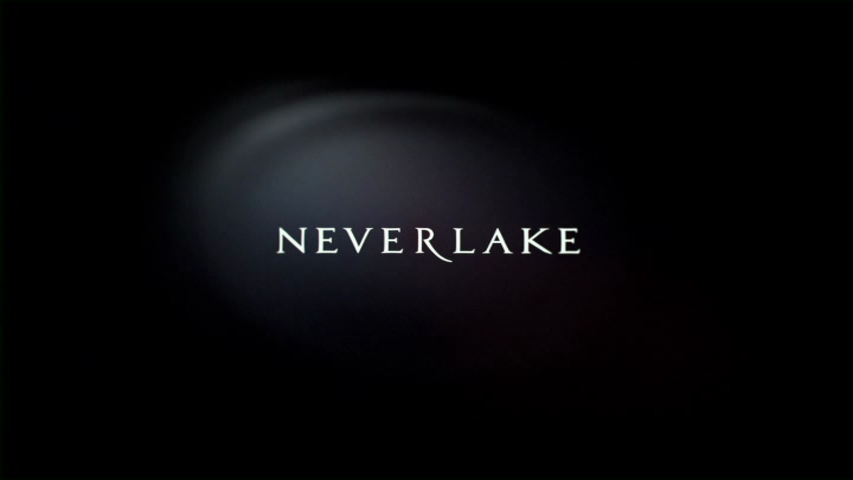 NEVERLAKE, the debut feature of Italian music video director Riccardo Paoletti, fits nicely into the realm of the darker fantasy films from the late ‘70s and early ‘80s, films meant for an audience too young to fully appreciate THE EXORCIST but ready to move beyond the safe fare of a Hardy Boys/Nancy Drew episode. It lacks an MPAA rating, but it would sit safely on the PG-13 side, and would remain in very safe PG-rated territory up until its impressively dark conclusion.

Daisy Keeping stars as Jenny Brook, a young woman who comes to her father’s estate in Tuscany for a vacation, having spent most of her life in a New York boarding school. Her mother having passed away when she was a child, Jenny’s relationship with her father (David Brandon) is relatively estranged, so the reunion isn’t an altogether copacetic one, especially with dad clearly hooking up with his assistant Olga (Joy Tanner) and the fact that they live in the middle of nowhere, with only a mysterious lake and a hospital in the area. 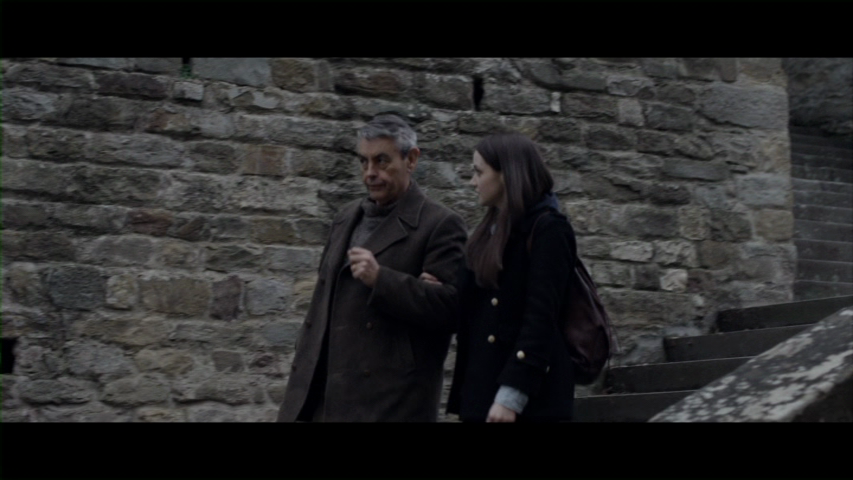 It’s by this lake that she meets Aurora, a young blind girl, who takes her to a nearby hospital from which she occasionally escapes. Desperate to have anyone to talk to, Jenny befriends Aurora and the other disabled children that live in the hospital, careful to avoid any adults in the area at their request. Jenny begins to have nightmares about the nearby lake, her father begins to act suspicious, and strange things start to happen amidst the misty waters. Could it have something to do with Jenny’s mother, or the ancient Etruscan statues her father has been researching? Could well be!

NEVERLAKE is a good ol’ fashioned ghost story with a few solid twists, especially as things kick into high gear in the third act. Paoletti shows a fair share of talent, though not quite enough is done in terms of the atmosphere that a good, spooky lake and a good, spooky old hospital should provide. (Though the underwater shots are quite good, making excellent use of the eerie greens.)  It’s still a solid tale that rarely drags, and the only thing that distinguishes this from a film made 30 years ago is the crispness of the digital video cinematography and the fact that certain tense scenes are lit not by flashlight, but by iPad, an odd idiosyncrasy that works better than you might expect mostly due to the little attention called to it. 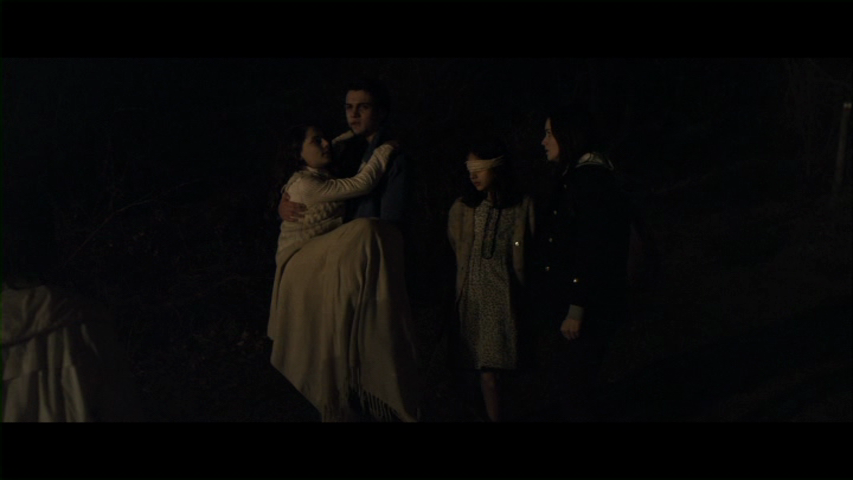 The most notable feature of NEVERLAKE is the children, and not just Keeping’s Brook, who turns in a solid performance even if her British accent doesn’t make much in the way of sense. The children in the hospital initially come off like the “spooky child” cliché of a thousand ill-fated haunting flicks, but soon they’re presented as being just aloof enough to be eerie while still compelling enough that Brook’s continued interactions with them is believable, no small feat in a genre so shopworn that you can practically hear audiences complaining about the lead character’s decision-making skills. The pale oldest member bears some resemblance to TWILIGHT’s Edward, but thankfully, NEVERLAKE omits any potential romance aspect entirely, even when Brook reads “Romeo and Juliet” to the group, because of their demands to be told an unhappy story.

NEVERLAKE probably won’t sate the palettes of older genre fans who’ve seen it all, and it never rises to the likes of THE DEVIL’S BACKBONE or THE OTHERS, but as a ghost story for audiences looking for the ghostly plight of a teenage girl, you could sure as hell do a lot worse. This is prime material for a particularly dark slumber party, and the finale is chilling enough to send shivers up a fairly hardened horror fan’s spine, especially considering the relatively sedate nature of much of the film. With proper expectations in check, NEVERLAKE is a solid little chiller.

*- I’d argue that POLTERGEIST would probably get an R rating if released today, not necessarily for violence, but because the parents smoke pot. Also, the face ripping.