Traditionally, when someone gets the itch to make an independent horror film, they tend to aim for one of two broad categories: zombie movies and slasher films. The increasingly affordable nature of high-definition consumer video equipment has led to a boom in both of these subgenres over the last several years, with tons of hopeful next Romeros and Carpenters trying their hand at making a film with as little money as possible. As with any trend, this has resulted in some great films and more than a few really awful ones, mostly due to the fact that just because decent cameras are cheaper doesn’t mean a good movie is guaranteed to come out the other side. Many independent productions have their heart in the right place, but fall hard when it comes to technical basics. Such is the case with THE NIGHT BEFORE EASTER, the debut feature from filmmakers Joseph Henson and Nathan Johnson. 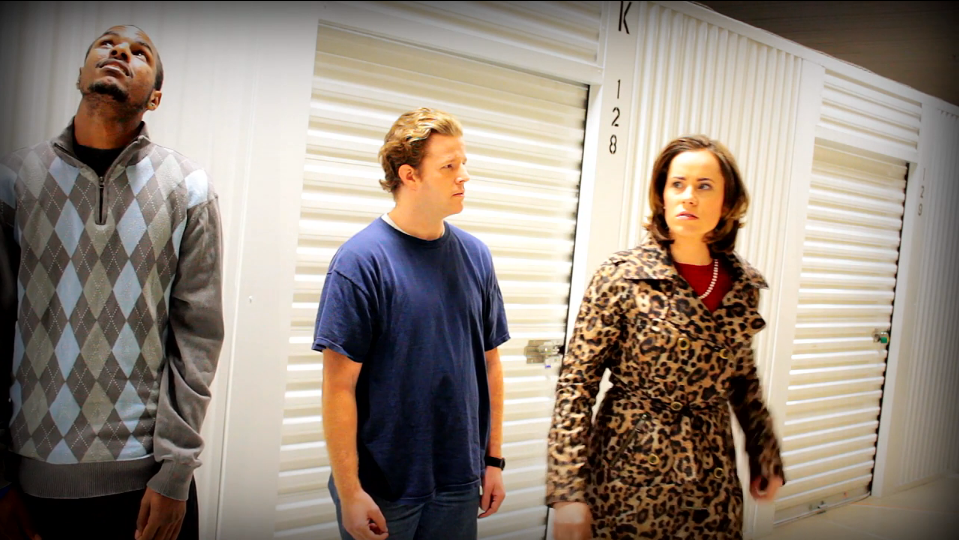 Henson and Johnson have the basics down: after a pre-credits sequence in which a teasing babysitter and her horny boyfriend are murdered by a guy in an Easter Bunny suit, the action jumps ahead to ten years later. Kelly (Emily Chidalek) has invited all of her friends to an overnight party in a storage facility to announce that she is moving out of their small town to London. Her secondary reason for the party is to finally confess her feelings to Riley (Eric Wyatt), who she’s been crushing on for years. Riley has no idea and accidentally throws a wrench into her plans by inviting his new girlfriend Melissa (Bonnie Marilyn Jean), who seems to be Kelly’s mortal enemy. Once Melissa arrives, tensions begin to mount, and the body count starts shortly thereafter: the Easter Bunny-suited murderer has escaped from the sanitarium again and made his way to the storage facility. Who will survive, and whose head will end up in an Easter basket?

THE NIGHT BEFORE EASTER is obviously made by people who love slasher films, but it is plagued with technical issues. One glaring problem that pops up throughout the film is incorrect focus, where the object of the shot (usually someone speaking) is slightly out of focus and the objects behind them are not. The storage facility offers a great location for the film’s action, but it’s almost entirely white and lit with bright fluorescent bulbs, so often characters will be dark and hard to see while the background blazes bright white. The sound is thankfully not that bad, and most of the dialogue is mixed well and right at the top of the mix where it needs to be—it must have been a nightmare to get good sound recording in that storage place, so extra points to the filmmakers for wrestling that down into a decent mix not overwhelmed by echo and other extraneous noise. The original score is also pretty solid, effectively evoking 80s-era synth scores, and is honestly the best thing about the film. 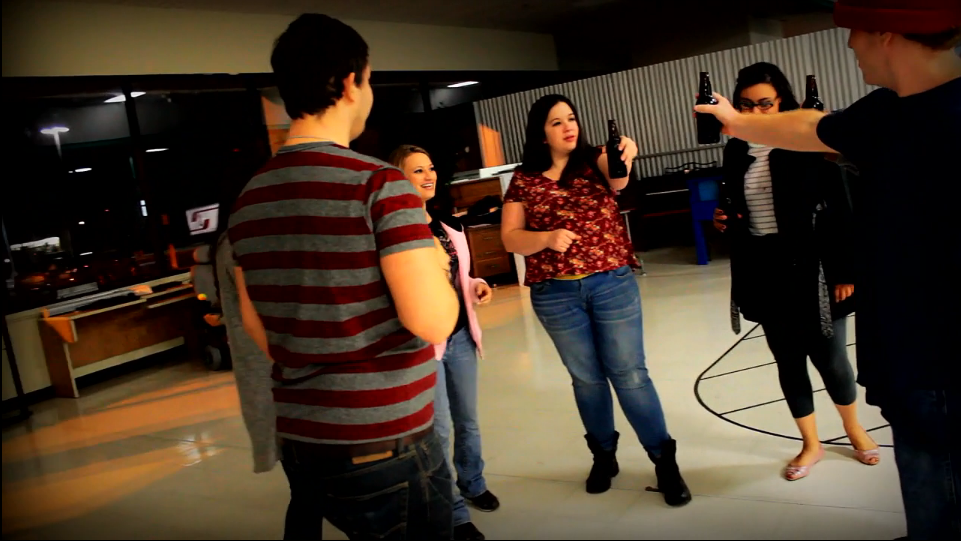 Technical issues are much easier to overlook if a film has interesting characters, but unfortunately this is another area where THE NIGHT BEFORE EASTER falters a bit. The entire film runs 65 minutes (including opening and ending credits), and the first murder after the pre-credits sequence doesn’t happen until past the 30-minute mark. Before then, we watch Kelly and her friends sit around, talk, and drink “beer” (clearly IBC Root Beer bottles, which a viewer may find endearingly goofy or just goofy depending on their sensibilities) for a very long time. This time is meant for the audience to identify with the characters and find people to root for, but as with too many modern slashers, the characters just aren’t that interesting. Even when Melissa shows up and brings some welcome superbitch realness to spice things up, it’s a bit too little, way too late. There are some bright spots to the cast, but most of their characters just aren’t defined enough to make the audience care about them.

Still, what matters most to slasher fans is how well the film handles its kills. THE NIGHT BEFORE EASTER is all over the place in this regard, sometimes keeping everything entirely off-screen until showing a body and other times letting the action play out on the screen. For what was clearly a no-budget film, a few of the kills are handled competently, but for the most part they are as clumsy as the film’s attempts at characterization. One can’t help but think that having a guy in a white Easter Bunny suit shot against a series of bright white walls would make his bloody suit nice to look at as the body count ticks up, but it seems like the filmmakers couldn’t afford to get any blood on the suit, as it manages to make it all the way to the end credits without getting stained. 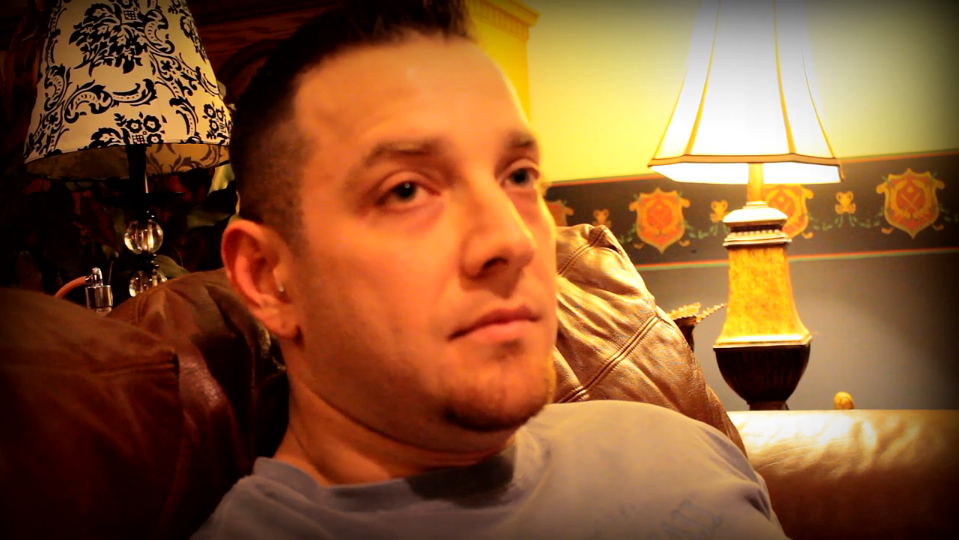 It’s great to see filmmakers take the initiative and complete a film, which is always a huge, difficult undertaking. And it’s especially noteworthy given what was clearly a miniscule budget. However, THE NIGHT BEFORE EASTER is just too unpolished for anyone but the most forgiving slasher fan, falling deep into the middle of the pack of the legions of no-budget features that continue to appear on the indie horror landscape. Hopefully Henson and Johnson can take what they’ve learned on this film and apply those lessons to their next project; considering what they accomplished with their meager resources here, it will be interesting to see what they do next.

THE NIGHT BEFORE EASTER is available directly from the filmmakers through Vimeo VOD to buy or rent here.