Did you ever pop a wheelie on your bike, only to land on your back knocking the wind out of you? I just had that same sensation after hearing the news that Ridley Scott is returning to the universe of BLADE RUNNER, and I dont mean returning in a Kurt Russel SOLDIER kind of way, I mean RETURNING returning. 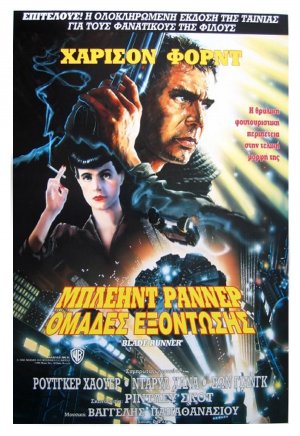 After wrapping up PROMETHEUS, Scott is jumping back to a new installment of BLADE RUNNER which he is going to make with Alcon Entertainment. Producing wise this is an odd match, the cats in charge of this one made DUDE, WHERE’S MY CAR, THE BLIND SIDE, and P.S. I LOVE YOU, not exactly gritty, futuristic noir material but we will take what we can get. Unclear who the cast consists of at this point, but a little Ford would sure be sweet.