Aliens from the planet Metaluna shanghai a pair of Earth scientists in the hope that the earthlings can assist them in their war against a neighboring planet. Seems they should have studied up on Earth history before making the trip.

Great science fiction adventure dazzles with vivid special effects, filmed in beautiful Technicolor. Ties FORBIDDEN PLANET and THE WAR OF THE WORLDS as one of the best looking sci-fi films to come out of the fifties. The Metaluna Mutant has taken its place in science fiction lore as one of the all-time great alien monsters. 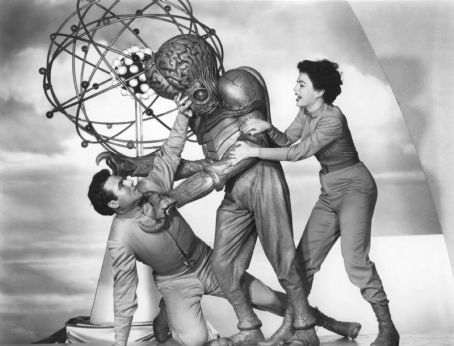