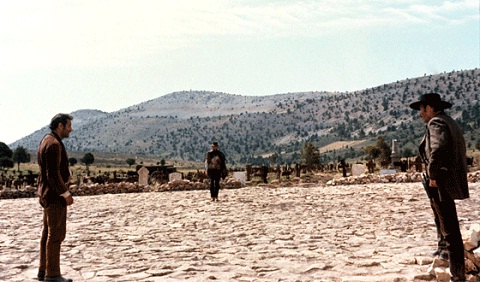 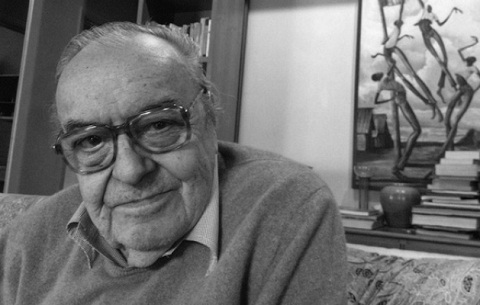 He wrote movies before and he wrote movies after, but in between, he wrote my favorite movie of all time.  Luciano Vincenzoni has died at the age of 87, after a long, distinguished, and unusually international screenwriting career.  He was born in Italy and that is where he died.  He is rightly reknowned for his work on what is arguably the most famous Italian movie ever, which is what brought him to work in the United States, which is of course where that Italian movie was set in the first place.  I’m talking about the 1966 Italian Western epic THE GOOD, THE BAD & THE UGLY.

Vincenzoni’s collaborations with Sergio Leone began after Leone made and released his first Italian Western with Clint Eastwood, A FISTFUL OF DOLLARS.  That film revitalized and ‘remixed’ the Western genre, arguably giving it an extra decade of life.  Vincenzoni didn’t solely conceive the story of the follow-up, FOR A FEW DOLLARS MORE, but he did write it, and he did that in a matter of days, according to the splendid obituary by John Schwartz in the New York Times.  The so-called ‘Dollars’ Trilogy is a textbook case of escalation — the first one is great, no doubt, but the second is even better, adding Lee Van Cleef as the quintessentially-tough yet subtly resonant anti-heroic figure Colonel Mortimer, who is the perfect counterbalance to Clint Eastwood’s stoic iconoclastic Monco.  (Technically Clint’s characters had names or nicknames in these movies — “Joe,” “Monco,” and “Blondie” — but “The Man With No Name” just plain sounded cooler.)  But just as FOR A FEW DOLLARS MORE was, impossibly, an improvement on something wonderful, the next film was pure transcendence.

THE GOOD, THE BAD & THE UGLY really is like the slow, graceful, definitive lob of a cannonball being fired.  It was made by Italians and shot in Spain, but set in an America that had already been gone a century.  It starred a trio of  Americans — a tall handsome guy from California, a striking veteran character actor from New Jersey, and a fast-talking Jew playing a Mexican.  All three had served in the U.S. Armed Forces.  Their director spoke to them mostly in Italian.  The dialogue was out of sync.  Ennio Morricone’s immortal score was played on the set during shooting.  Maybe for all of these reasons or for none of them, the film that resulted has an initimitable, vaguely haunting otherworldliness.  It feels like the last broadcast from an unnamed border town at the end of all things.  Before the invention of radio, no less.  It’s a spooky film, in ways, and even still, it’s one of the most underrated comedies ever made.  The atmosphere and the vibe is credit to Sergio Leone, cinematographer Tonino Delli Colli, designer Carlo Simi, and their extended crew, but the movie is under-recognized for its story, its sureness, its innate mythic stature, its titular balance of morality and the way those simple character descriptions are slyly inverted and knocked around and then restored.  That’s Luciano Vincenzoni, at least in part.  There have been questions of authorship.  Vincenzoni and Leone reportedly butted heads.  There were other writers involved at times (Italian comedy writers Agenore Incrocci and Furio Scarpelli, American writer Mickey Knox).  To some degree, it depends on who you ask.  I highly recommend Sir Christopher Frayling’s Leone biography, SOMETHING TO DO WITH DEATH. 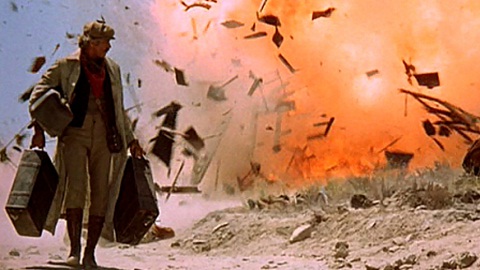 By all accounts, the relationship between Leone and Vincenzoni was combustible, and so Vincenzoni didn’t work on Leone’s next film, ONCE UPON A TIME IN THE WEST.  But he returned for Leone’s final Western, DUCK, YOU SUCKER!, a.k.a. A FISTFUL OF DYNAMITE, starring James Coburn and Rod Steiger as a pair of outlaws, outcasts, scofflaws, outsiders, all of these things in a relationship reminiscent of that between Eastwood and Wallach in THE GOOD, THE BAD & THE UGLY.  This was a very different movie — it’s not as easy to love.  The Morricone score is somewhat abrasive, both leads affect bombastic accents, and there is much more sociopolitical subtext-slash-overt conversation that none of Leone’s previous “fairy tales for adults” really approached.  It’s a denser, more opaque film in many ways, but still essential. 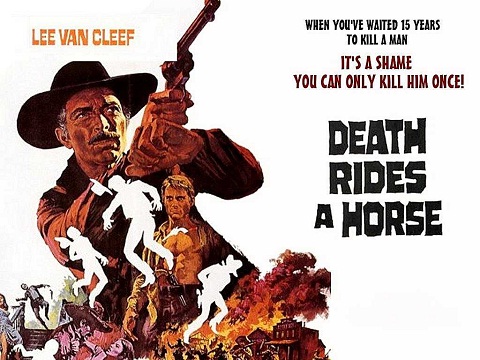 After that, Vincenzoni and Leone parted ways.  As I said, Vincenzoni had more than twenty credits before FOR A FEW DOLLARS MORE, and twice as many afterwards.  Immediately after THE GOOD, THE BAD & THE UGLY, some of its principal players were reunited for DEATH RIDES A HORSE, directed by Giulio Petroni, written by Vincenzoni, starring Lee Van Cleef, and composed by Ennio Morricone.  (The theme was later re-used memorably in KILL BILL.)  This is definitely a movie you’ll want to see, but it’s not quite on the level of the Leone pictures.  To be fair, I haven’t seen much else on this planet that is. 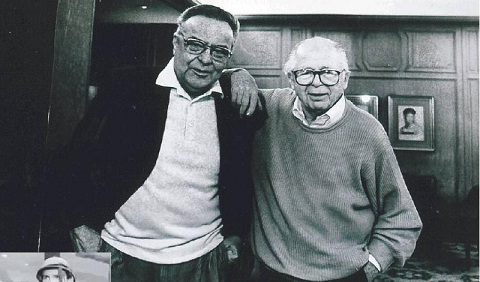 Vincenzoni was hardly interested in being confined to writing for Westerns, however, and the next few decades of his career saw him writing everything from AVANTI!, an under-seen Billy Wilder picture, to ORCA, a personal favorite for the fact that it’s a killer-whale movie with a weirdly sincere script and an abjectly gorgeous Morricone score, to the 1986 Schwarzenegger vehicle RAW DEAL, in which it kind of didn’t matter what words were on the page, to MALÉNA, a florid coming-of-age-in-Italy movie that has some amazing footage of Monica Bellucci walking around looking like Monica Bellucci. 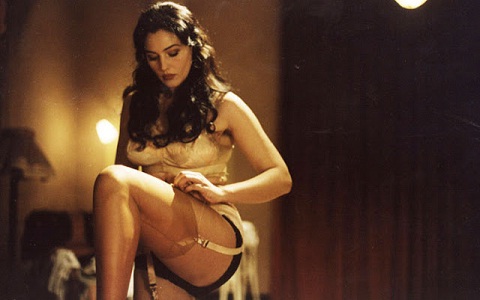 It’s a fine career, one any writer would be proud to have.  The New York Times obituary paints Vincenzoni with shades of regret and unfulfilled ambition.  I hope that isn’t entirely the case.  The oldest story in movies is that of the writer who goes unacknowledged while the director who films his words and the actors who say them go on to live in perpetuity in almost literal worship by the public.  There’s probably a reason for that.  The nature of movies, and of watching movies, is such that, if the writer isn’t the director or one of the actors, it’s hard to tell who wrote what; it’s hard to put a face to the name.  It falls to sites like Daily Grindhouse and articles like this one to hopefully shine just a little light on some of the people who deserve their fair share of reverence.  Quite frankly, I personally revere just about anyone who worked on THE GOOD, THE BAD & THE UGLY, even the on-set caterers.  I’m grateful to all of them for making a movie that’s brought so much joy to my life.  Luciano Vincenzoni wrote it, man.  That’s a killer accomplishment.

For me, it’s always been part of the fun of film-going to look up the names of the writers of my favorite movies and then go track down some of the others they were credited on.  That’s one way to find new favorites, after all.  If you can relate, keep that in mind the next time you watch FOR A FEW DOLLARS MORE, or THE GOOD, THE BAD & THE UGLY, or any of the other movies mentioned above.  Tip your cap to the people who made the movies, the things we daydream about.  To all of them.  Credit the household names, but ponder the lesser-known also.  Take another look at the picture up top.  Give a thought to Luciano Vincenzoni, and to all the others who aren’t around anymore — to Carlo Simi, and to Lee Van Cleef, and to Tonino Delli Colli, and to Sergio Leone, and so on.  And then go watch the hell out of those movies. 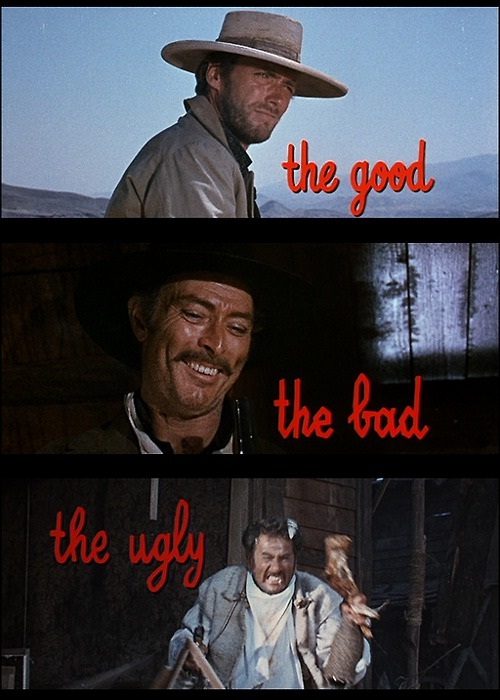