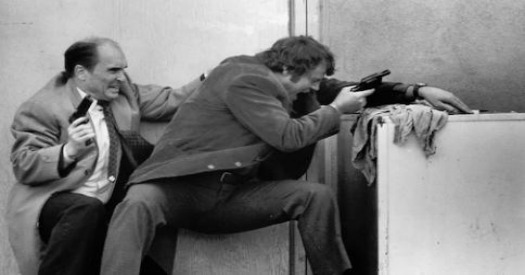 I had started collecting Mickey Spillane’s Mike Hammer novels. We have a shop here in Portland called Powells which is a huge book store (more used than new) filled with old books and dirty floors.  In the aisles of yellow pages, tough talk and busty broads are stacked from floor to ceiling. Nothing could pull me away from the character that Spillane had crafted so well, or so I thought. I was coughing up the green to pay for the goods when the guy at the desk mentioned the Parker books. He told me about the mean and tough world, gave me the quick skinny on Parker’s debut in THE HUNTER, written by the timeless Donald Westlake under his pen name Richard Stark. I was hooked. 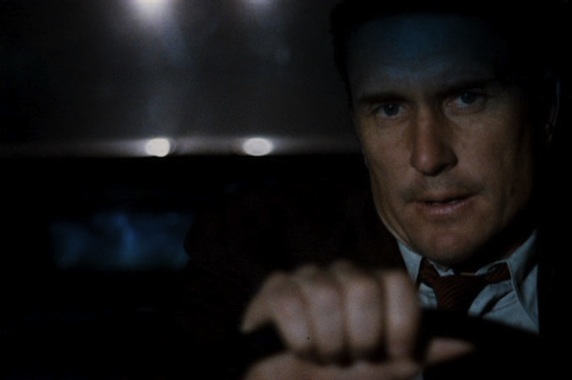 I was working at a videostore flipping through the pages on a slow day when one of my co-workers started telling me about all the films that were made based on those books. For the most part, they opened up a whole world of mediocrity with the occasional classic in between.  THE HUNTER was the basis for John Boorman’s POINT BLANK, the best interpretation of the source material to date (however, Brian Helgeland’s PAYBACK: STRAIGHT UP, the director’s cut of PAYBACK, is a close second). THE OUTFIT is the third book in the series and while the film doesn’t strictly follow Westlake’s novel it comes close and does enough justice to the hardboiled character that Hollywood seems determined to fuck up every few years. I’m not sure why, but they do. Whether it’s Jim Brown as McClain in THE SPLIT, Peter Coyote as Stone in SLAYGROUND, or Jason Statham in PARKER, the film that was finally able to use the name of the anti-hero, they just can’t seem to get the character right. They always try to either make him more likable or deviate so far from Westlake’s intentions that it ceases to become anything resembling what it should be which is tough, gritty, and all business. Parker is all about getting the job done no matter who gets in his way, in some cases innocent or not.

John Flynn’s film has the ambiance that’s missing from those other films. Even POINT BLANK which I think is near flawless is the world of Parker through an art-house lens. THE OUTFIT is shot cold. It’s real locations and real lighting when possible. The action is short and fast. It isn’t set-up to be a set-piece, the film keeps moving and the action is part of the momentum of the story. Everything is necessary in a sense. The only thing that’s missing, the one roadblock that constantly holds this film back is Robert Duvall as Macklin, the Parker character in Flynn’s film. Parker is menacing, he’s mean and out for himself. If he can help an associate (he doesn’t really have friends in the traditional sense) that’s fine, but his score is the top priority. Duvall’s Macklin has hints of this kind of authority but more times than not, he is just too passive. You could do a lot worse, just ask Peter Coyote. The cast is filled out by Karen Black in one of her best roles, an effective Joe Don Baker, and the always great Timothy Carey as Minner. 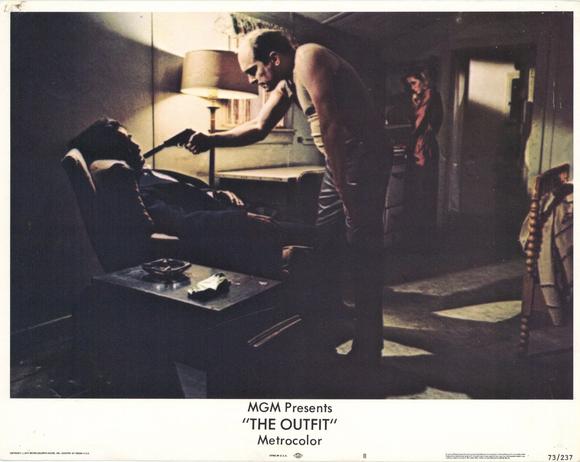 I guess more than appreciating this as a Parker film, which I do, I really dig it as a double feature with ROLLING THUNDER, Flynn’s 1977 masterpiece which just had a Blu-ray release from Shout Factory over the summer. You can see the brotherly bonds he wanted to explore in his films. He really understood that and explored it a few more times in his career. He’s kind of a forgotten director. Despite finding fans in people like Tarantino, he still flies under the radar, just like this film did for far too long. 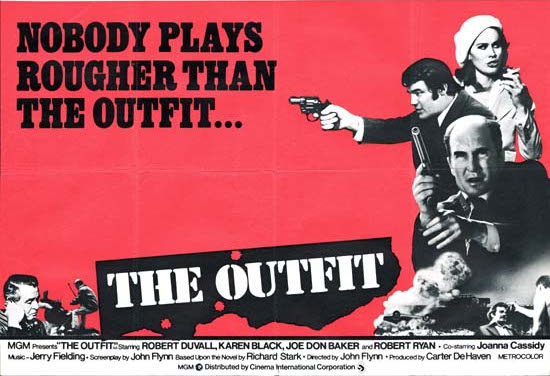