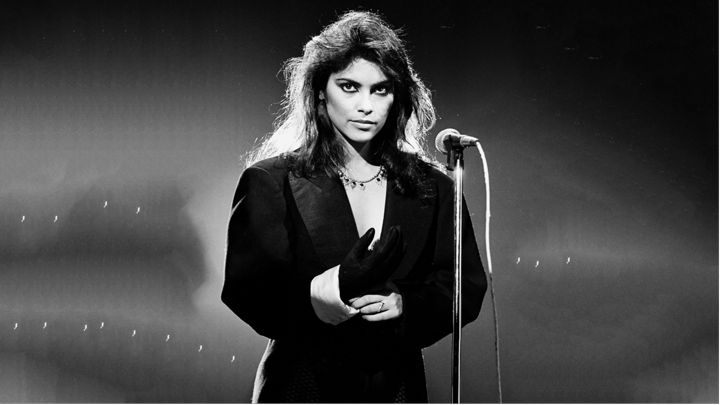 There are logistical reasons why this tribute is being posted a week late, and then there are probably the emotional reasons. It’s one thing to eulogize an artist you admire and respect, it’s another to eulogize one you admire and respect and grew up crushing on. Denise Katrina Matthews, formerly known to the world in another life as the actress and singer “Vanity,” died last Monday at the far-too-young age of 57, after battling several health complications. What follows is an abridged version of a tribute I wrote to the performer known as Vanity, a few years back, without any knowledge of how things were going. It isn’t the smoothest composition, or the most solemn, but there’s joy in it, and that’s the point.

My absolute favorite Prince protégé of all time is Vanity.
I’m a fan of Prince’s music, so it follows that I am a fan of his muses, his beauteous protégés. And of all of them, I rank Vanity the highest.
Before I get into that specifically in depth, let me quickly qualify that a hot second place goes to Apollonia, due to her star turn in PURPLE RAIN and to her later work with the Twilight Singers, and in third, of course, is Carmen Electra. 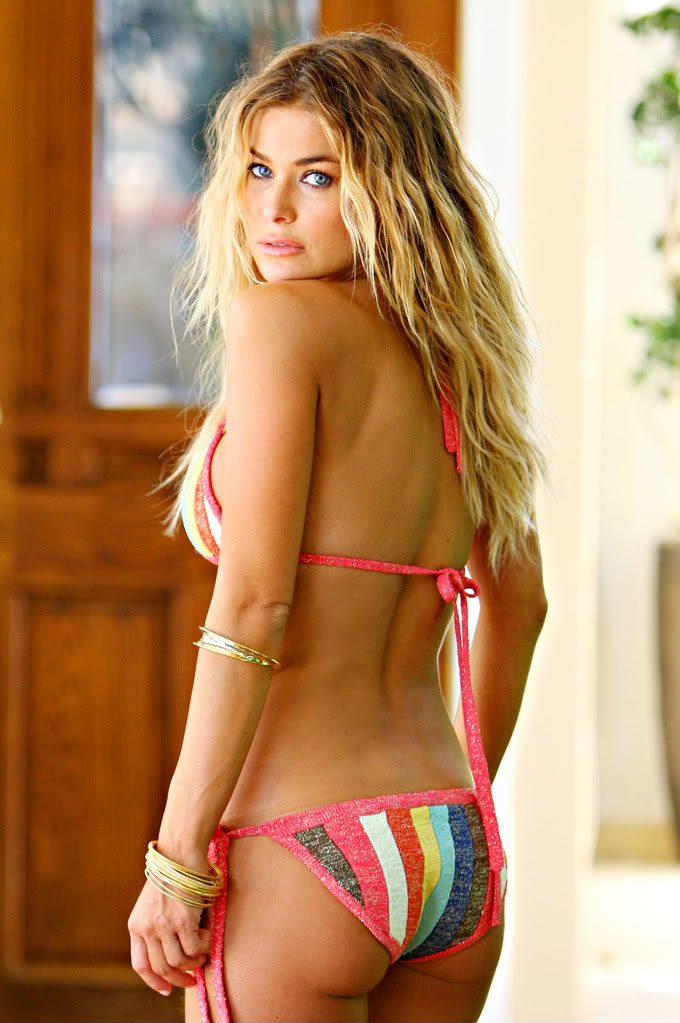 But no disrespect to any of them, Vanity is still the number one. To me at least. She’s got the body of work behind her. She’s got the strange sweetness and the complete wackadoo. For me, it was always all about BERRY GORDY’S THE LAST DRAGON, surely the only Motown kung-fu musical ever made.

In that flick, Vanity plays Laura Charles, the VJ whose big hair is threatened by cartoonish gangsters and recruits Harlem Bruce Lee acolyte Leroy Green Jr. (a.k.a. Bruce Leroy) to be her bodyguard, you know, to guard her body. This makes Leroy’s younger brother Richie very jealous, but now I’m getting too much into recounting the elaborate plot and I want you to see this movie if you haven’t already. Just know that Richie is my favorite character because he dresses like Shalamar and riffs like Jackie Mason. 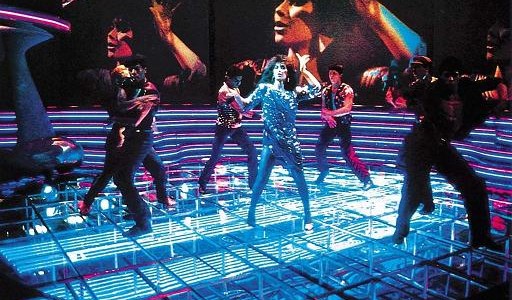 Anyway, as I mentioned, THE LAST DRAGONis strangely sweet and Vanity is strange and sweet in it. This is one of those movies that I feel weirdly proprietary about – I know I have to share favorite movies like GHOSTBUSTERS and STRIPES with the world, but THE LAST DRAGON? That’s only for me and my brothers Jason and Anthony. One day soon I will write a much lengthier discourse on the value of this cinematic trinket, but at the moment I have to keep moving, because that’s what Vanity did.

She actually made several movies in the 1980s, all worth seeing for reasons of quality or shlockiness, or both. TANYA’S ISLAND is a movie nobody wants you to look at, not even me, but NEVER TOO YOUNG TO DIE, co-starring John Stamos and Gene Simmons, is an unbelievably ridiculous piece of 1980s high camp that you absolutely must treat yourself to, if you haven’t already done.

After THE LAST DRAGON, seeing ACTION JACKSON was fairly traumatic for me – Vanity is depicted in a bad way in this movie, playing a strung-out heroin addict who needs the help of the title character (Action Jackson), but that initial trauma was offset significantly by the part where she shows her boobs. I’m sorry. I’m human. ACTION JACKSON is no lost classic, though it does have solid action scenes (go figure) from stuntman and STONE COLD director Craig R. Baxley. I was always a fan of Joel Silver productions, and I love Carl Weathers of course – the man was Apollo Creed, and Dillon!
It should also be noted that Vanity’s group, Vanity 6, with their semi-hit “Nasty Girl,” provided the score for two significant scenes for me in 1980s films – 1) when Betsy Russell shakes her thang in PRIVATE SCHOOL and 2) when Axel Foley takes Taggart and Rosewood to the strip club in BEVERLY HILLS COP. She also sang in most of the films she appeared in as an actor.
Most significantly, and certainly most overlooked, is 52 PICK-UP.

Golan-Globus produced the movie. Golan-Globus were Israeli producers who made a remarkable amount of garbage in the early to mid-1980s. 52 PICK-UP is definitely the best Golan-Globus production I have ever seen, and I’ve seen several more than I ought to have. Before 52 PICK-UP, the best Golan-Globus production I have seen would be either BREAKIN’ 2: ELECTRIC BOOGALO, or ENTER THE NINJA starring Franco Nero and a lot of ninjas.
This one has a higher pedigree than usual, due to the script by Elmore Leonard (!) and the direction by John Frankenheimer. Paul Verhoeven’s sometime cinematographer Jost Vacano supplies the smooth camera moves, and everybody in front of the camera does their typical best. It’s maybe no lost classic, but it’s well worth another look.
Roy Scheider is not playing the best guy in the world in this one, but he’s Roy Scheider – always sympathetic and working-class smart. He plays a successful business owner who gets involved with a twenty-something Kelly Preston, although that means he’s cheating on his wife, played by Ann-Margret. As one could expect from the Leonard imprimatur, this affair rapidly becomes a blackmail attempt on Scheider, levied by a gang of unusual criminals. John Glover (GREMLINS 2) plays their bug-eyed leader, but it’s Clarence Williams III, best known to my generation as Samson Simpson from HALF BAKED (and Prince’s dad from PURPLE RAIN! Full circle!), who makes the most intimidating impression as Bobby Shy, the methodical enforcer.
But also making a strong showing is Vanity, who plays Preston’s confidante, also Williams’ girl, also some kind of stripper. She’s got the smaller supporting part of all these other better-known names, but she’s effective and believable, even sad, in the few scenes she has. It almost suggests a legitimate acting career would have been possible, but as history would have it, that was not to happen. 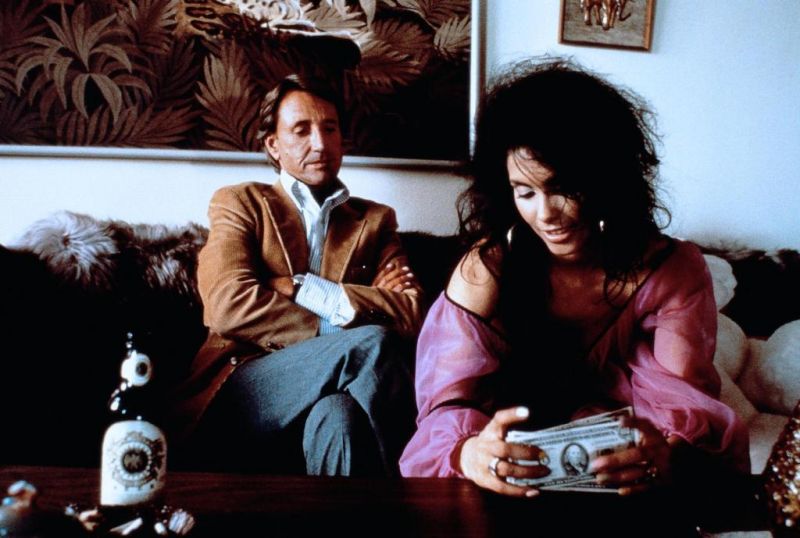 It turns out that Vanity had more than her share of demons. One of them was Nikki Sixx from Motley Crue. His book The Heroin Diaries, details, along with much other debauchery, their dangerous relationship – intriguingly, with present-day “director’s” commentary from the participants, including Vanity herself, who had for the last several years been known as Evangelist Denise Matthews. In her passages in the books, Vanity comes off as happy and enthusiastic and, um, exactly like an evangelist. She was apparently working on her own book, and might not have much appreciated an article like this one, dedicated to the Vanity persona, because she vastly preferred her latter-day incarnation. I hope that’s true, that she was happy.
We should all wish happiness and peace of mind for the entertainers we’ve enjoyed over the years. There’s a nobility to people who live with their hearts on their sleeves, and there’s something impressive to me about the way Denise Matthews walked away from Vanity when she was moved to do so. But movies and music have their own life, as brief moments of creativity and ambition preserved forever. And for me, it’s all about this moment, from her finest onscreen moment, in my eyes… It’s all about “The Glow”…
See, one last thing: the reason why she’s the dream woman is that she indulges Leroy — he’s a weirdo, and she doesn’t totally get the stuff he’s into, but she digs him and can see he’s got potential, so she tries to go with it. They’re not at all a good match on paper, but they’re open to figuring it out. That’s why these two have hope in the final reel. That’s what matters.

Thank you Vanity, for being a dream. And God bless you Denise Matthews, wherever you are now. 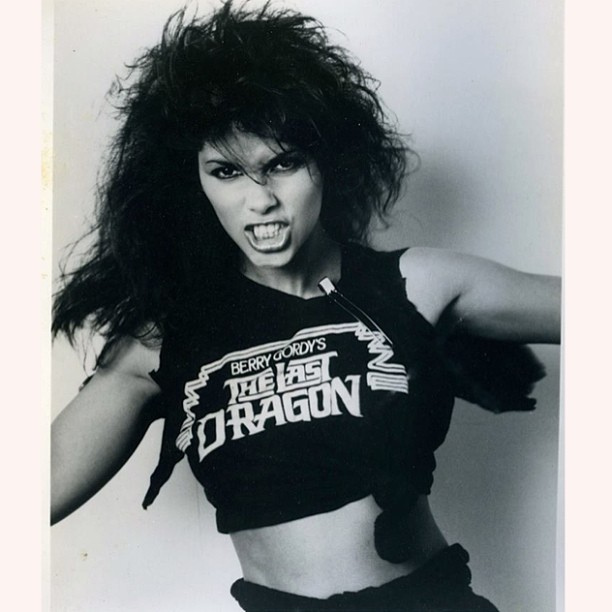