You might not know this about me, but I’m in a girl gang. Vancouver plays home to a number of female-ruled factions: The Hoots, The Banshees, and my own group, The WereCunts. Typically, skirmishes consist of wearing our logos, hanging with our clique, and if our paths cross a rival, we have dance-offs as conflict resolution, which is very satisfying. While it seems cute and fluffy, women have a reputation for being clannish and much less congenial. If you’ve ever gotten daggers across a bar from a woman while she’s surrounded by her friends, you will instinctively start cataloguing in your head and wondering if you’ve crossed her or her friends. It’s likely you will start to get sweaty palms and you will take note of where the exits are. 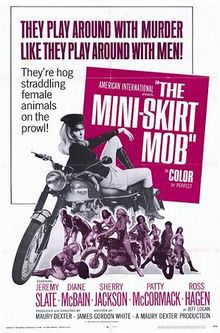 I think we can safely say there is a population of women out there who, rather than process their feelings in a logical or constructive way, are likely to do some crazy shit as a coping mechanism. Stunts like burning down your former place of employment, pouring sugar in someone’s gas tank, cutting the brakes on their bike, and getting all of their crew to corner you at the bar, and then proceeding to drunkenly scream at you like banshees are perennial favourites for these matters. Or so I’m told.

So with this in mind, I’ve prepped you for the plot of THE MINI-SKIRT MOB. An illustration in late 60’s ‘bitches be crazy’ meets “nudie cutie/roughie’ cinema. Blonde and beautiful, Shayne is the leader of her all-lady biker gang. When her boyfriend, Jeff, leaves her for another woman, one a little more quiet and not as high-spirited as the ringleader of a pack of hog-riding wild ladies, Shayne flips out. She rallies her girls to harass the shit out of Jeff and new wife, Connie, with a series of events that escalates until Shayne herself is left, hanging by her nails off the side of a cliff. Much like the girl at the end of the night who wonders why SHE’S in police custody when it was ‘that bitch and my stupid ex’ who started the whole thing… 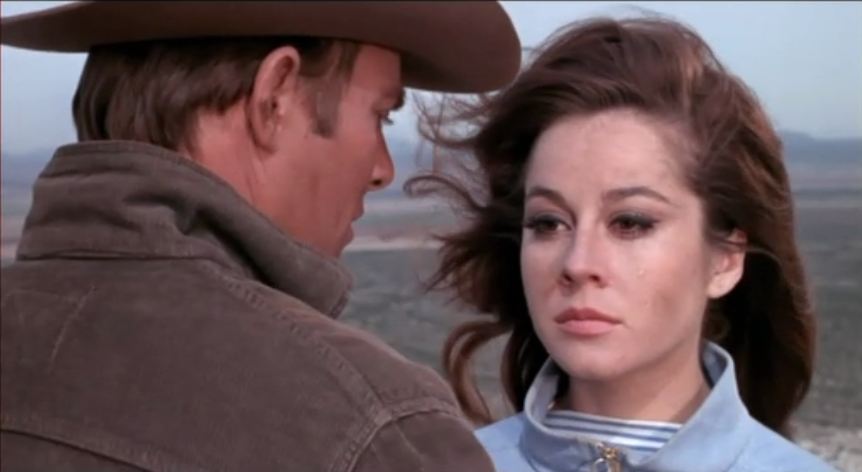 Anyhoo, Mr.Dexter racked up quite a few titles in this vein with THE YOUNG SWINGERS, THE NAKED BRIGADE and HELL’S BELLES. He later went on to direct twenty one episodes of “Little House On The Prairie” between 1979 and 1983. I think it’s safe to hope that the Engle sisters were wearing leather mini-skirts and fringe tops under that Quaker wholesomeness, but maybe that’s just me. I’m pretty sure the first time I saw this was a night when I’d be consuming things that had me in an altered state, so if you need a little camp and you want to be easy on the plot so if you break off for a make out session, you’re not missing any key story points, I’d recommend this as a rental.

Failing that, find someone in a bar, pick a fight, and dance it out.