Here is a quietly astounding movie, one which is not nearly as well-remembered as it could and probably should be.  ACT OF VIOLENCE began as a story by Collier Young, who was married to and divorced from Ida Lupino and Joan Fontaine. That’s a pretty interesting off-screen life, and nice work if you can get it. The script is by Robert L. Richards, who also wrote WINCHESTER ’73 and GORGO but who was blacklisted on account of his left-leaning beliefs, which very likely are trace elements noticeable in the finished film. Directed by Fred Zinnemann (who also made HIGH NOON and FROM HERE TO ETERNITY), ACT OF VIOLENCE isn’t overtly political but is easily applicable to many of the major social issues of its era, and still.

Robert Ryan plays Joe, a crippled POW who returns to plague a local war hero, Frank, played by Van Heflin (from POSSESSED and SHANE), and by proxy his young wife, played by Janet Leigh (of PSYCHO fame).  Joe is so furious in the pursuit of his quarry that Frank, in frantic desperation, turns to some shady characters for protection, namely an aging prostitute, a lawyer, and a hitman. It’s a shockingly rapid moral decline, or else a violent stripping-away of heroic tropes. The look of the film reflects this descent into darkness, beginning in glorious day and heading into an unfathomable night.

ACT OF VIOLENCE was lit and shot by the cinematographer Robert Surtees, Oscar-nominated sixteen times over — and father to Bruce, a talented cinematographer in his own right who shot many of my favorite movies and who worked frequently with Clint Eastwood.

Why is Ryan’s character so intent on wreaking vengeance on a small-town  an all-American hero, his former friend)?  The answer to that question is truly surprising – in my opinion this film is one of the great morality plays of the film noir era. 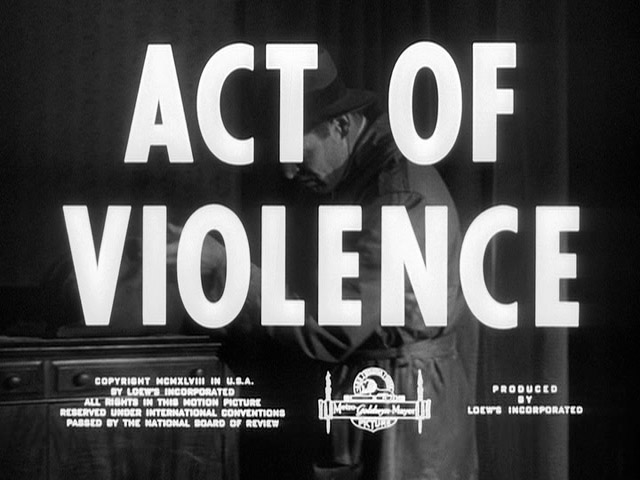 In ACT OF VIOLENCE, Ryan literally emerges from shadows; he’s intense, and scary, and ultimately, entirely within comprehension, as the kind of tormented figure that is created by the mad confusion and the human calamity of wartime and its aftermath. Torment is something Robert Ryan played particularly well, better than almost anyone in Hollywood history, so fans of his should rush to see this film. And if you aren’t already a fan, this is exactly the kind of movie that’ll make you one. 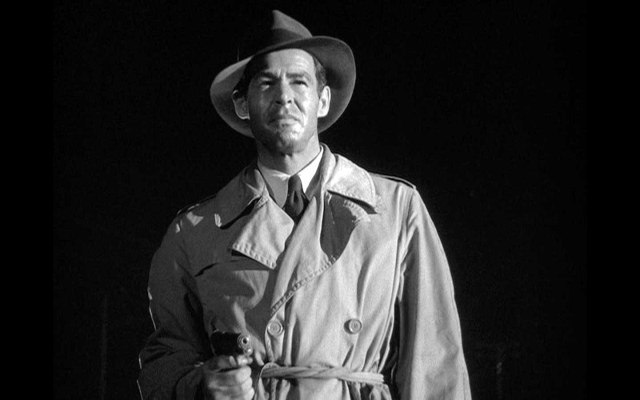 Today begins Anthology Film Archives’ retrospective lauding the work of Robert Ryan, called ROBERT RYAN: AN ACTOR’S ACTOR. Tonight’s screening will be followed by a Q&A with Robert Ryan’s son Cheyney Ryan and with J.R. Jones, author of the new biography THE LIVES OF ROBERT RYAN. 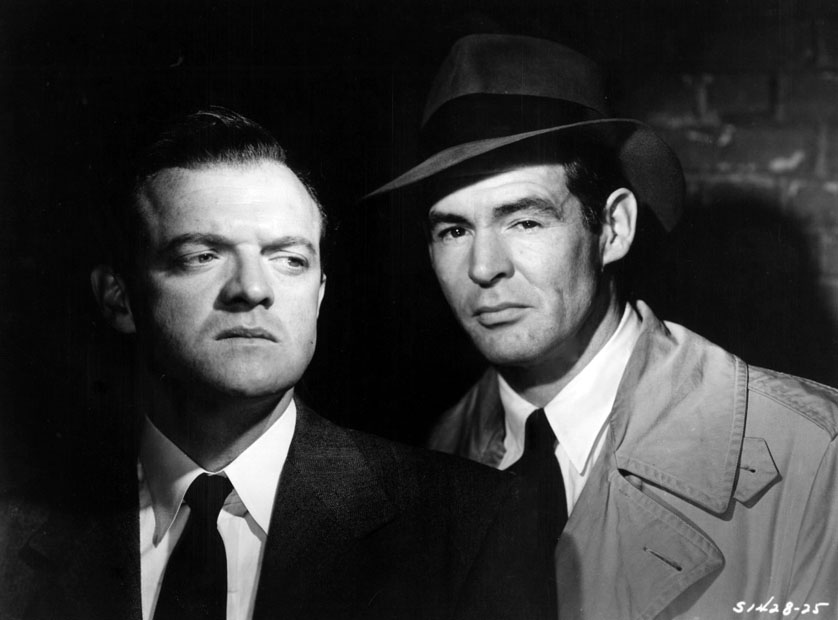