Home  ⁄  The Wire  ⁄  ROGER EBERT ANNOUNCES A “LEAVE OF PRESENCE” 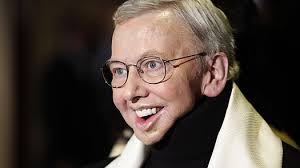 46 years ago today Roger Ebert became the film critic for the Chicago Sun-Times. Ebert is an icon to many but to me he’s something more. E.T. THE EXTRA-TERRESTRIAL was the first film that made me realize the power of cinema. That film moved me, frightened me, and excited me. I was sitting in the dark with my sister and grandmother along with a sold out theater of strangers all having their own experiance. It was that moment that the power of film was unlocked and my journey through the cinematic landscape would begin. Like all naives I needed a guide and I found one in Ebert. His weekly program with Gene Siskel was a classroom for me, the many books Ebert would author were the text and road maps I needed to learn about film, and to a large extent, about life. He was and is my professor and without him, this very website wouldn’t exist. It is with both sadness and anticipation that we report today that Ebert has had a recurrance of cancer and will be taking a “leave of presence” as he continues his fight. What is a leave of presence? We’ll let the man himself describe it.
“It means I am not going away. My intent is to continue to write selected reviews but to leave the rest to a talented team of writers handpicked and greatly admired by me. What’s more, I’ll be able at last to do what I’ve always fantasized about doing: reviewing only the movies I want to review,” said Ebert in his blog post. “At the same time, I am re-launching the new and improved Rogerebert.com and taking ownership of the site under a separate entity, Ebert Digital, run by me, my beloved wife, Chaz, and our brilliant friend, Josh Golden of Table XI. Stepping away from the day-to-day grind will enable me to continue as a film critic for the Chicago Sun-Times, and roll out other projects under the Ebert brand in the coming year.” Ebert also announced an upcoming Kickstarter campaign to help fund the return of AT THE MOVIES which should launch in the next few weeks.

So, short term loss and long term gain is kind of the name of the game. Professor Ebert will be stepping out of audience view for a short time as he laces on the gloves for another round with The Big C, a fight that he’s all too familiar with, but much more from Ebert and company is on the way. You can read his full post here in addition to leaving him your comments. Good luck, Mr. Ebert… you got this.

The new Rogerebert.com is scheduled to launch on April 9th. We’ll keep you updated on the Kickstarter campaign as details become available. Stay tuned.