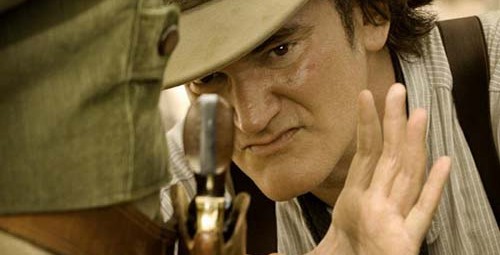 …Well, we don’t know for sure. Let’s start out with that. But a pretty big rumor showed up over the weekend. I’d like to credit it properly: It appears Deadline Hollywood came out with it first, though a story inThe Hollywood Reporter doesn’t cite any sources. That rumor is that Tarantino has completed a script that and the script has a title.

The title is [allegedly] THE HATEFUL EIGHT. It’s a Western. That would be Tarantino’s second in a row. Two actors have been mentioned in all of the stories so far; they are Christoph Waltz and Bruce Dern. Waltz you know fromINGLOURIOUS BASTERDS and DJANGO UNCHAINED. 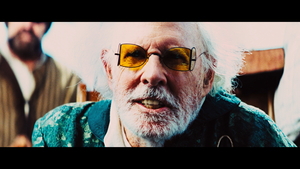 Dern you may know from MARNIE, HANG ‘EM HIGH, BLOODY MAMA, THE COWBOYS, SILENT RUNNING, THE KING OF MARVIN GARDENS, THE GREAT GATSBY, FAMILY PLOT, BLACK SUNDAY, THE DRIVER, or THE ‘BURBS. In 2011 he had a pivotal role in Francis Ford Coppola’s little-seen (but intriguingly unhinged) TWIXT. He had a cameo in DJANGO UNCHAINED and this past year got renewed attention after starring in Alexander Payne’s NEBRASKA. 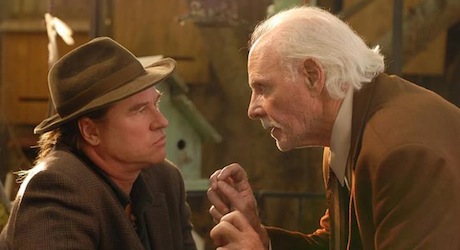 That’s all speculation, though. We’ve been here before. Many writers like to keep their latest ideas close to the vest, out of superstition. A talked-about pot never boils. Quentin is different. He loves talking up new ideas. It seems to be part of his process. Longtime Tarantino fans might remember how Michael Madsen, Adam Sandler, and Eddie Murphy were mentioned for roles in a men-on-a-mission version of INGLOURIOUS BASTERDS before it ultimately became a much different story. More recently he floated the tantalizing possibility of doing a horror movie.

We can’t be positive that THE HATEFUL EIGHT is happening until we see a hand-scribbled title page and the casting announcements become gospel. It would be nice to know that another Tarantino flick would be coming so [relatively] soon since the last one. But we don’t know that yet.

All we know for sure is that we’re buying a ticket on opening day.